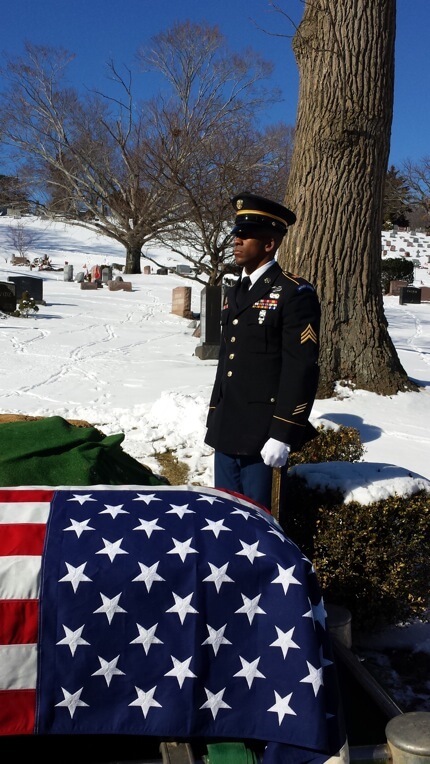 Milestones of a life well-lived continue long after death. This visual diary of my father’s 90th year, captured daily in a watercolor portrait I painted as he ate breakfast, now serves as his silent proxy. For what would have been his 100th birthday, last Thursday, October 22, 2021, a banner was hung in his honor, joining the soldiers who keep eternal vigil on Main Street for every Memorial and Veterans Day.

In this life, loss is inevitable, but we can find ways to secure memories, transcending time and renewing qualities that help families and communities endure, like compassion, fealty and devotion. Yes, we all say goodbye to family members through old age as well as tragedy, but in honoring their memories, we build immovable monuments that transmit the more enlightened instincts that make us human.

Through these images from my watercolors and military tribute banner that hangs at the corner of Cedar and Main Streets, let me introduce my father, William Prime Batson.

My father, William Prime Batson, passed away early Sunday morning, January 19, 2014. As a home hospice patient, he was comfortable and surrounded by those that loved him. He was 92.

Physically, he was robust almost until the very end, yet cognitively, he progressively declined. He had forgotten my name, and our relationship, but the bond between us remained strong.

You could interpret his down cast expression in nearly all of my paintings in many ways, but in fact, he fixed his gaze on the breakfast I was serving: hot cereal with apples and prunes, toast and juice. And he’s not frowning…he’s chewing. 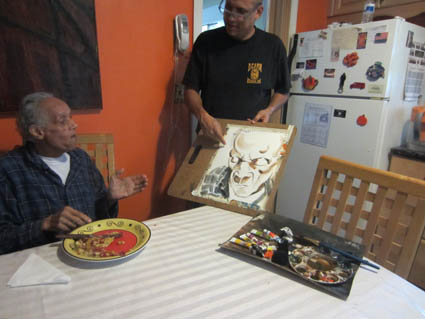 Here is a selection of my favorite pieces from the 366-day tribute interposed with his obituary.  If you click on the image, you can see the rest of the paintings from that month.

Eventually, I would like to find a space to exhibit the paintings side-by-side or publish them as a book to encourage the discussion and consideration of elder care issues and to support the work of the United Hospice.

“Prime” as his friends and family called him, was born in Hartford, Connecticut on October 22, 1921. 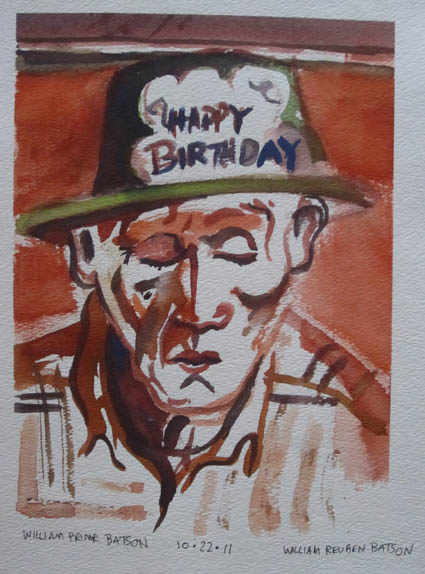 He was raised in Nyack on Jackson Avenue by his mother Frances Lillian Avery Batson, with his sisters, Frances Adeline Batson and Ruth Batson Bancroft. 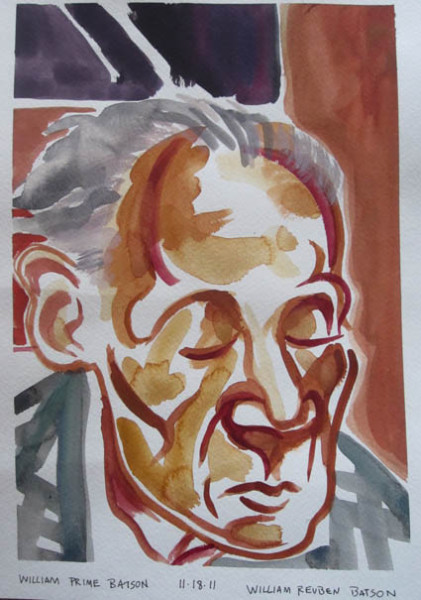 He graduated from Nyack High School in 1940 where he lettered in track.  He once tried out for the Harlem Globetrotters when they were a professional basketball team. 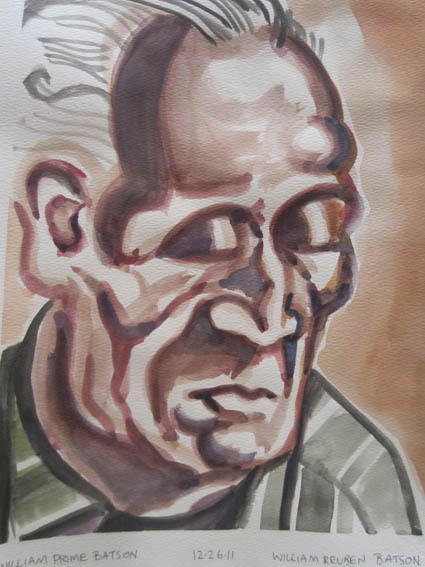 His 35 year career at Curtiss-Wright Corporation, an engine manufacturer in Woodbridge, New Jersey, was interrupted by three years of military service.  During World War II, he fought in France, Italy, and Germany. 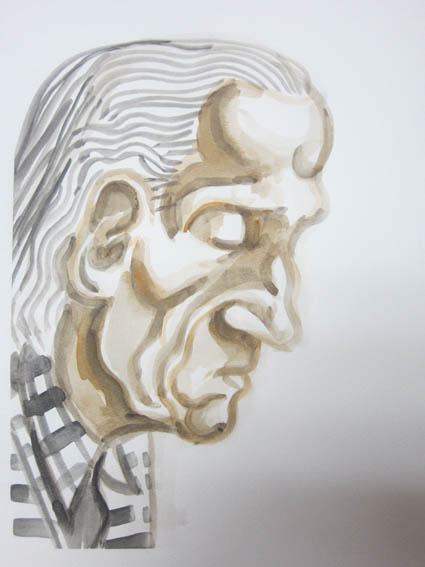 After the war, Prime returned to Curtiss-Wright, where he was an active member of the United Automobile, Aerospace and Agricultural Implement Workers of America (UAW). 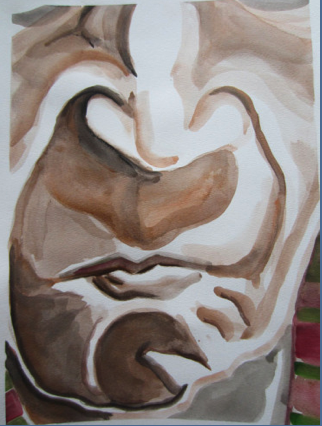 From 1953 until 1958, Prime and his sister Adeline owned and operated a restaurant in Paterson, New Jersey.  Adeline later served as Deputy Village Clerk for Nyack. 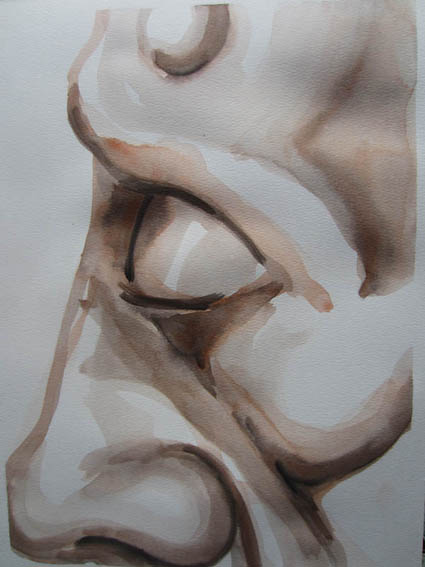 While in Paterson he met his future bride, Daisy Pines.  Prime and Daisy raised their son, William Reuben Batson in Teaneck, New Jersey. 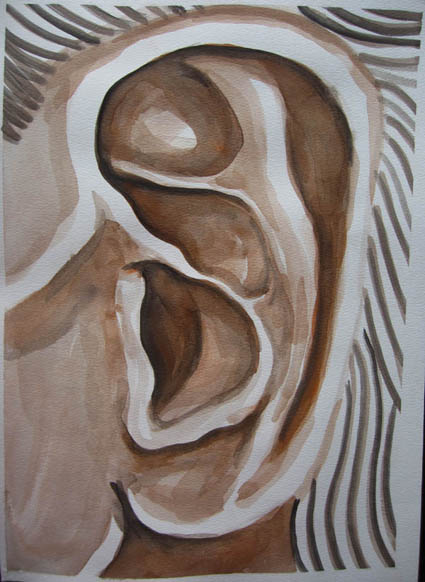 From 1976 until 1989, Prime worked as a water treatment plant operator for the Nyack Water Company. 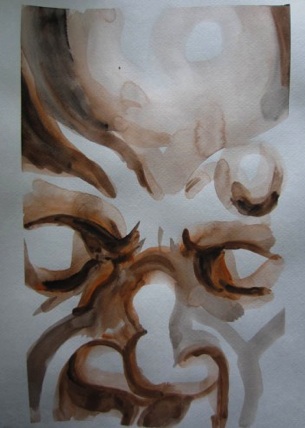 In his retirement, he enjoyed gardening, caring for his dogs and reading the New York Times cover-to-cover everyday. 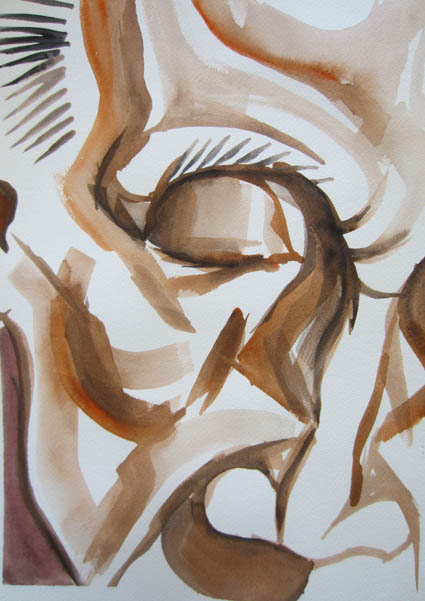 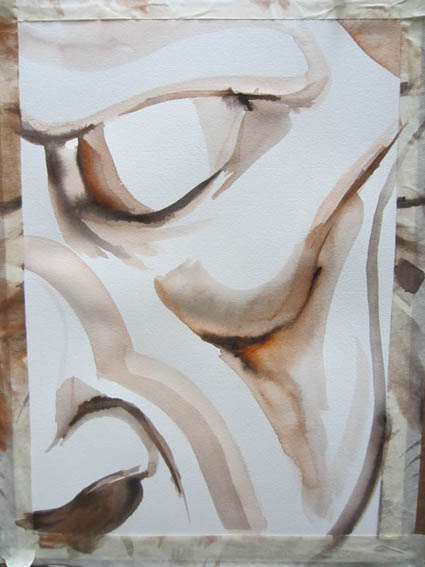 Because of the United Hospice of Rockland, he was comfortable till the end and we as a family received  the compassionate attention of competent professionals. 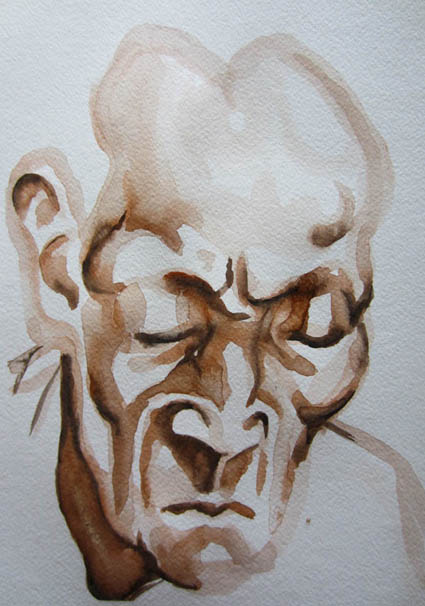 We encourage everyone to learn more about end-of-life issues and support organizations like United Hospice of Rockland. 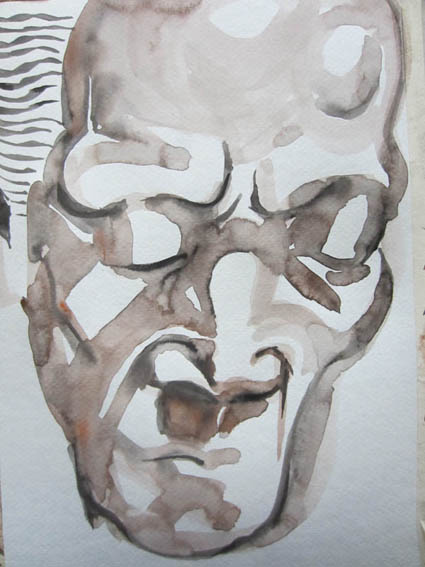 I want to acknowledge my cousin, Sylvia Peterson for her dedication to her uncle Prime for the last 15 years of his life. 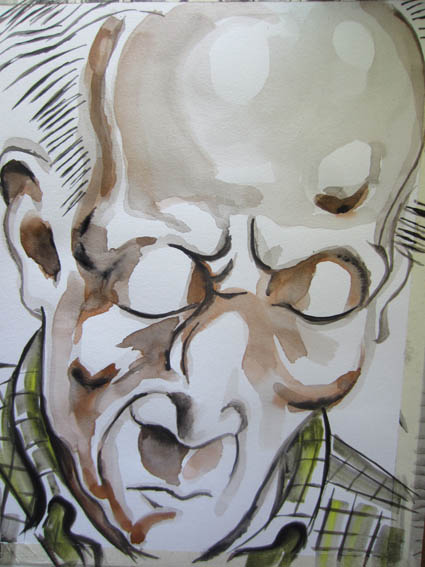 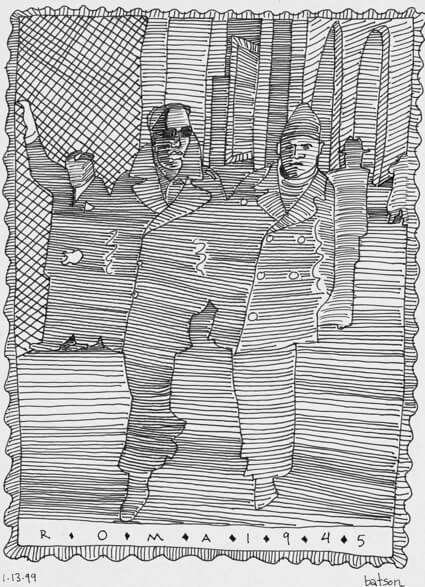 This photo feels to me like a scene from a movie. As impossible as it is to capture such an iconic and “cool” moment in time, captured in a city under conflict, it did produce what I consider my favorite drawing ever. 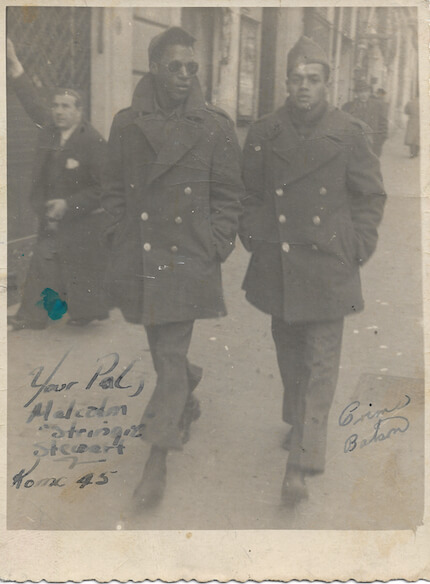 I rarely work in color, but this 18″ x 24″ pastel is a tribute to the friendship between my father and his friend, Malcolm “Stringer” Stewart. My father’s expression in this piece definitely somber. Black troops  reported being treated terribly by their white brothers-in-arms during World War II.  As proud as he was to serve, that scar remained with him forever. 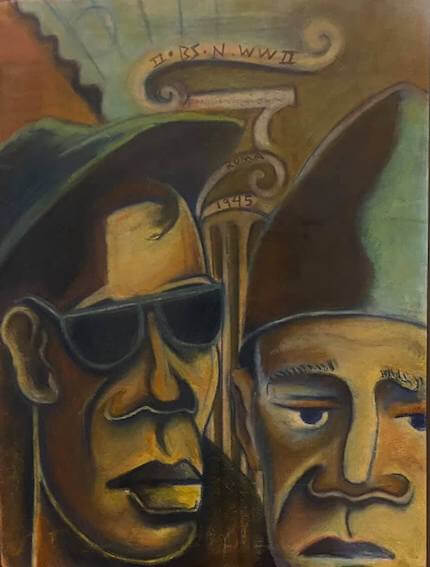 My amazingly talented fiancé, Marisol Diaz, restored the figure of my father in this 65 year old photo, allowing me to use this image for his military tribute banner.

If you’d like to honor a family member who served, visit the Village of Nyack website, click the “I want to” button and look for the apply for military tribute banner option. Thanks to the Village for having this program and to Ann Marie Tisty for guiding people through the process with such grace and professionalism. 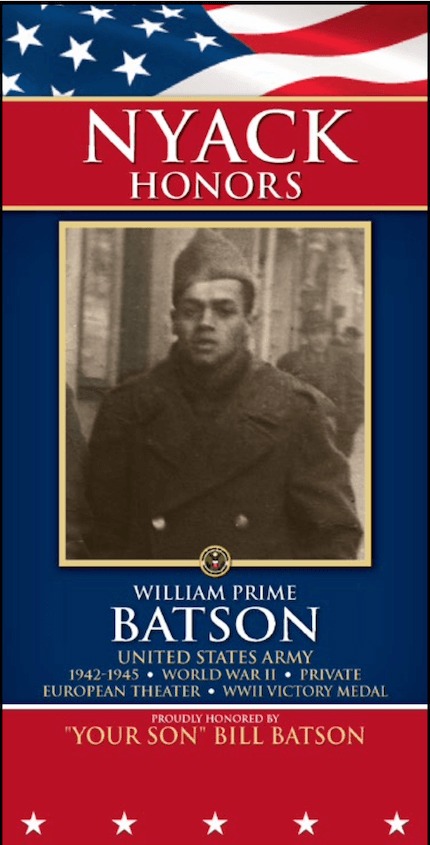 On Veterans Day, Thursday, November 11 at 9:30am, Nyack will dedicate the land at the corner of Cedar and Main Streets as Hezekiah Easter Veterans Memorial Square. The event is co-sponosored by the Village of Nyack, American Legion Post 310, VFW Post 9215, The Nyack Rotary, Nyack Branch of the NAACP, Pilgrim Baptist Church and the Friends of Mount Moor Cemetery. This drawing of Hezzie, as his friends called him, is by Allen Steinman.

Hezzie got me my first real job at a sheet metal shop on Snake Hill Road. He was a pillar of our community that will forever be remembered through the dedication of this square. See you on November 11th! 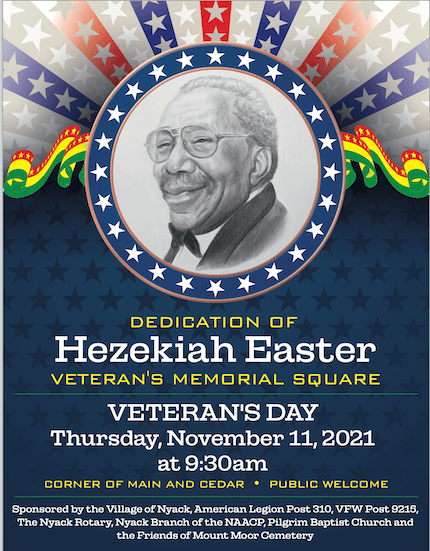