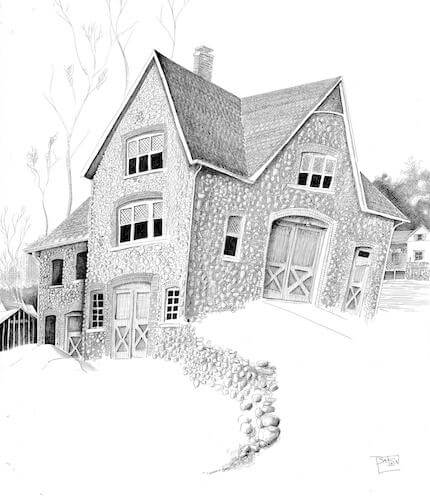 For all of its resplendent beauty, there is one thing that the Village of Upper Nyack lacks: a place for residents to gather. Now, thanks to the foresight of the village and a group of residents, a 12-acre parcel known as River Hook: The Hester Haring Cason Preserve, is being cultivated as a new public amenity.

This month, Friends for River Hook, a group of residents raising funds to support the Preserve, became our region’s newest non-profit, having been granted tax-exempt 501 (c)(3) status by the Secretary of State of New York.

Only in their second year of operation, beehives, a sculpture path and a composting worm bin provide evidence of a burgeoning center for the arts and the environment. You can learn more about River Hook on a Zoom-based presentation hosted by the Nyack Library on September 29 at 7pm. 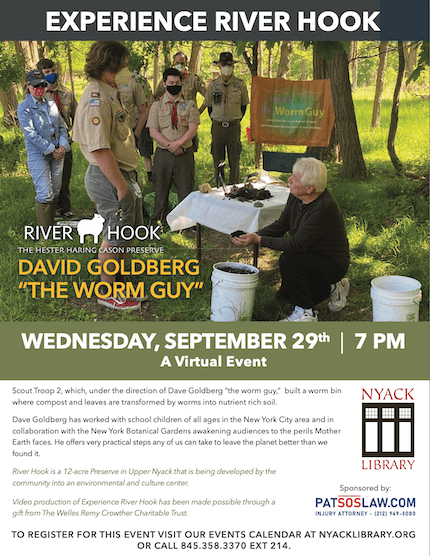 Experience River Hook, an educational series made possible by the Welles Remy Crowther Charitable Trust, invited Members of Nyack Scout Troop 2, to build a worm bin on the Preserve, under the direction of Dave Goldberg “The Worm Guy.” On Wednesday, September 29 at 7p, you can learn along side the scouts about how compost and leaves are transformed by worms into nutrient rich soil.

Dave Goldberg has worked with school children of all ages in the New York City area and in collaboration with the New York Botanical Gardens awakening audiences to the perils Mother Earth faces and offer very practical steps any of us can take to leave the planet better than we found it. 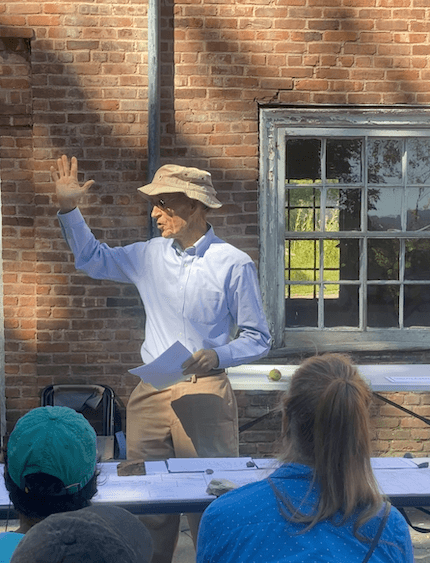 The small, socially distant group of scouts met with Dave over the spring, summer and fall to examine the ecosystem at River Hook. Captured on video, you can enjoy their learning adventure and ask questions of “The Worm Guy” live on zoom.

Video production by Flying Films of Experience River Hook has been made possible through a gift from The Welles Remy Crowther Charitable Trust.

This installment of Experience River Hook was sponsored by PATSOSLAW.COM.

At the recent event at River Hook to kick off the 150th Anniversary of the Village of Upper Nyack, Village Historian Winston Perry described the history of the site and the surrounding community.  The land that is now River Hook was once 1 of the 6 major farms that Europeans usurped from the Lenape people, the native inhabitants of the region. 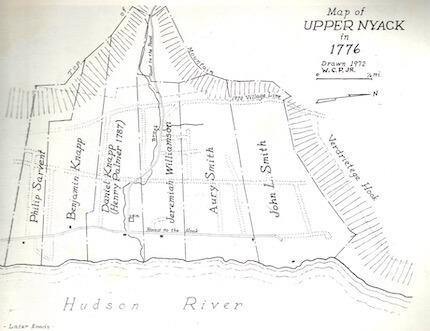 A map the colonial era, drafted by Perry,  shows a massive farm owned by John L. Smith extending from what is now 9W to the west, Hook Mountain to the north, and Hudson River to the east.

In 1934, William P. Haring, Jr., a native of Piermont, acquired the 31.4-acre parcel. Haring’s daughter, Hester, inherited the property and eventually married James Cason in 1965 after meeting at Lamont Doherty Earth Observatory where they both worked. Together they began raising sheep. The bucolic image of their small herd grazing in the meadow along North Broadway became a beloved sight for generations, and eventually the logo for the preserve that bears their name. 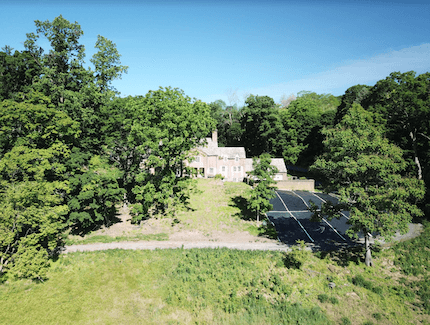 James survived Hester, serving as a Village of Upper Nyack trustee in the 1990s. In 2018, at 95, he sold the estate to the village.

The profile of the Haring estate, standing as if on a pedestal above North Broadway, has been a beacon, drawing volunteers and talented professionals into a collaboration to create a community space.

Design Vision of the Future

One of those pilgrims to the project is Jonathan Molloy, a partner at Public Record, a multi-disciplinary design studio working across architecture, urbanism, and the environment. Public Record was engaged to  create the design vision that you can find at riverhook.org. 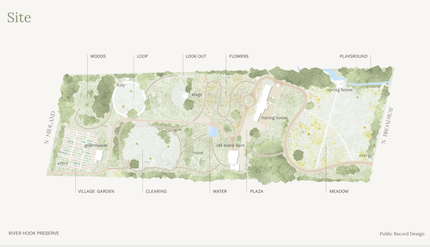 Jonathan grew up in South Nyack, where his parents still reside, and attended nearby Blue Rock School for his elementary school years. Jonathan and PR’s other designer, Laura Cerpa Marrero, discovered River Hook by chance while biking through the neighborhood and were taken with its dormant beauty. The design vision drafted by Public Record, based on public comments and input from the board, includes open spaces, adaptive reuse, and some evocative site-sensitive construction. 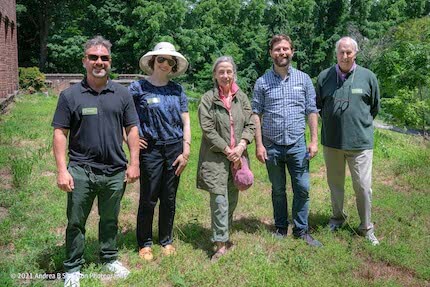 You can click here to register for the Experience River Hook presentation on Wednesday at 7pm.

If you’d like to be kept informed of general developments at River Hook, including future programs,, please send an email to friendsofriverhook@gmail.com and put mailing list in the subject line.

As the Development of Communications advisor to The Friends of River Hook, I hope that you’ll consider learning more about the Preserve by walking through one day soon.

And if after doing so, you wish to support the Preserve, visit the riverhook.org to learn more and donate.

For more about the history of the Hester Haring Cason Preserve check out these 2 installments of Mike Hay’s Nyack People and Places: