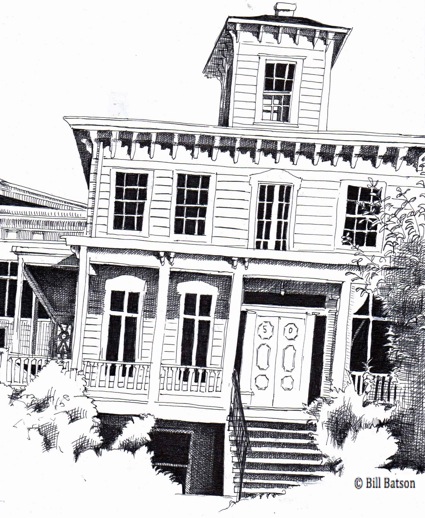 Win Perry can measure his Hudson Valley heritage in centuries: “My ancestors have been farmers and boat builders and were descended from the earliest European settlers in Rockland County.” As President of the Historical Society of the Nyacks for the last 22 years, Perry works tirelessly to commemorate the heritage of all the families that call the Nyacks home. This building that houses Nyack’s historical society bears witness to the depth of Perry’s connection to the village and reminds us of the benefits of historic preservation to the future well-being of our community. 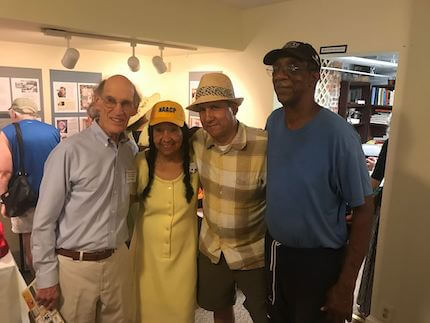 The Historical Society operates from the Depew House located on the corner of Piermont and Hudson Avenues behind the Nyack Library. The house, which was constructed in the Italianate architectural style, was built between 1850 and 1851 by Peter Depew. The ample covered front porch overlooked greenhouses that the Depew family operated in what is now Memorial Park.

In a speech given in 1860, Captain Isaac P. Smith recalled his own childhood in 1814 when Nyack consisted of just seven houses.  In Capt. Smith’s account, three of those houses were owned by the Tallmans and one by the Depews. One branch of Perry’s family began when Uriah Perry arrived in the 1750s; another line can be traced to the Tallmans.  Harman Tallman was the first European-born settler in Nyack and Rockland County arriving in 1676. 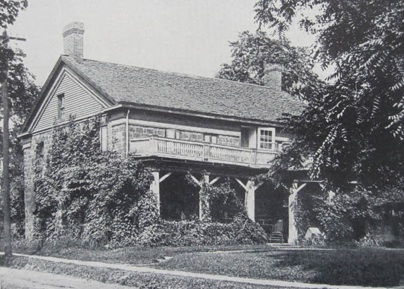 Tallman Homestead, stood at the corner of Tallman Place and North Broadway until in was demolished in 1914. The east wing was the oldest and may have been built as early as 1700.

Perry may have inherited his dedication to the public service that is historic preservation from his mother. She was a schoolteacher who went on to work for a Rockefeller family foundation where she helped start the Colonial Williamsburg project in Virginia.

Before joining the Historical Society Board, Perry, who is an architect by trade and historian by passion, described his work on the preservation of the Edward Hopper House in the 1970s as one of the greatest adventures of his life.

The Historical Society of the Nyacks Presents:

A Taste of Local History

Please note: You must register for this program by Tuesday, July 20 is you wish to order a colonial era meal.

The price for the Zoom lecture and the meal for two is $55! Click here to register. 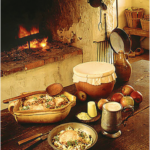 Culinary Historian Lavada Nahon uses food, utensils and customs to explore the day-to-day life of early Lower Hudson Valley farmers and their workers, many of whom were enslaved, with special attention to what they were eating and drinking, who was preparing it and more. 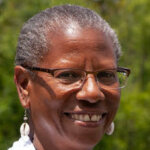 A special take-out meal chosen by Nahon to accompany the presentation is based on recipes from historic cookbooks.

The meal will be prepared by Hudson Market on Main at 5 N. Broadway for pick-up between 1p and 4p.

Organizers encourage you to embellish your supper with other accompaniments from the same era.

Go farm to table with local garden vegetables and fruits. Add smoked fish and shellfish. There are lots of ways to dress up the pound cake with berries and whipped cream.

I will moderate a discussion with Nahon and event organizer Miriam Hoffman at 5p during or just after your meaningful meal. Thanks to the Nyack Library for hosting this Zoom-based program.

Before they moved into their current space at the Depew House, the organization stored its collection of historic material in the homes of members and the basement of Village Hall. But that did not limit the organization’s activities. The group has published six books and a quarterly newsletter, launched popular biennial house tours and lecture programs.

In 2005, the Historical Society partnered with the Nyack Library to publish Carl Nordstrom’s account of three centuries of race relations titled “Nyack in Black and White.” In 2009, documents gathered by Dr. Lori Martin that chronicled the role of African Americans in the history of the village were included in the exhibit, Fish and Ships. The inclusion of Dr. Martin’s research coincided with the publication of her book “The Ex-Slave’s Fortune: The Story of Cynthia D. Hesdra.”


Perry describes the Fish and Ships exhibit as the groups “biggest success in terms of raising interest and awareness about Nyack’s history.”The exhibition filled eight rooms and the corridor of the Pavion Building on Cedar Hill Avenue with pictures and artifacts from the community’s past and included a special section on student responses.

In May, 2021, the historic society held an inaugural exhibit in new rooms at the Depew House. Toni Morrison: A Retrospective was installed in new rooms that the society has secured,, with large windows overlooking Memorial Park and the Hudson River. The display closes on July 31, but can be seen through August by appointment

Historic preservation is not an esoteric luxury but an invaluable tool in helping a community honor past achievement and avoid past mistakes. Restoring and preserving landmarks, like the Hopper House for instance, can also provide more immediate benefits. Communities around the region are scrambling to bolster their local commercial districts by attracting consumers and tourists. When we treasure our history, which is arguably eclectic and storied, we are also helping to secure our future.

The Historical Society of the Nyacks is located on the First Floor of Depew House at the corner of Hudson Avenue & Piermont Avenue (behind the Nyack Library and across from Memorial Park). Admission is free.  The exhibition space and bookshop are open Saturdays  from 1-4p. More information about events and membership is available at nyackhistory.org