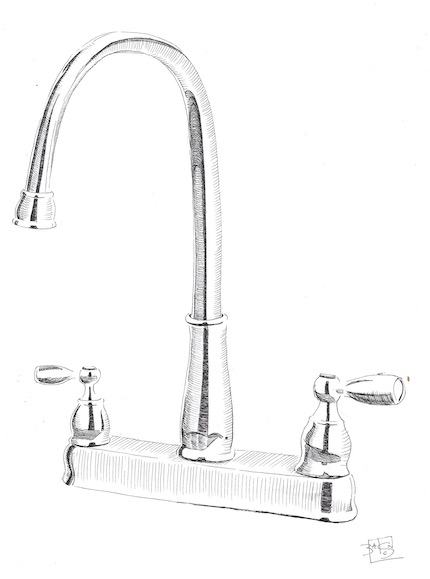 Let’s start the year on a good note. Residents in Valley Cottage have derailed the plans of a multinational corporation to build a massive parking lot and commercial vehicle hub in their neighborhood.

SUEZ Water has withdrawn its proposal to construct a parking lot that would accommodate a fleet of over 100 trucks and would be located a few hundred feet from Lake DeForest, our region’s water supply. Hundreds of residents attended a series of public hearings from the spring of 2019 until January 2020 to protest the proposal to create, rather than mitigate, pollution hazards near the reservoir. After months of deadlock in the Clarkstown Planning Board, the company fired off an angry letter last fall and went back to the drawing board. 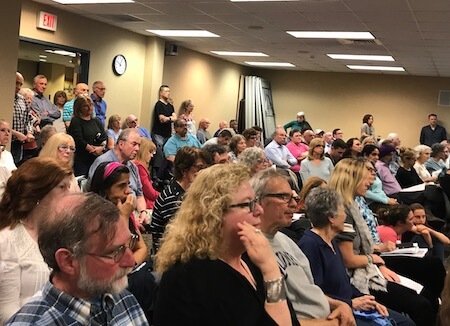 The letter ignored the massive public pressure against the proposal, instead blaming the withdrawal of the plan on Clarkstown officials: “The Planning Board’s failure to act and perpetual delay on this application has caused SUEZ monetary harm. In addition, the Planning Board’s arbitrary and capricious handling of this matter unfairly denied SUEZ its right to due process to have its application heard, timely processed and acted upon–rights afforded to other Planning Board applicants, but not SUEZ.” 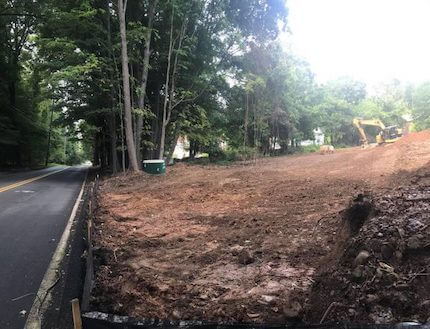 SUEZ had sought to add 41 parking spaces and remove 270 mature trees at the former Tilcon Headquarters at 162 Old Mill Road to make room for its fleet of commercial vehicles. The only construction activity in the past few months has been some remediation  work around the perimeter of the building. “I am cautiously optimistic that any future plan that does not protect the environment and meet the approval of the community will be defeated,” said Valley Cottage resident Lynn Munroe, who led the opposition to the SUEZ plan.

The French water utility did not walk away empty handed in 2020. The Public Service Commission granted Suez a 34.5% rate hike over the next four years, permission to merge their water systems in Westchester, Rockland, Tioga and Putnam Counties, and a 4 year delay in creating a system to reduce rates for poorer customers.

In an 0p-ed in the Journal News, former Rockland Count Legislator Bruce Levine suggested “the decision of the Public Service Commission in favor of Suez New York is bad for ratepayers everywhere and especially in Rockland County and is a step backwards from bringing public water supply systems into the 21st century.” 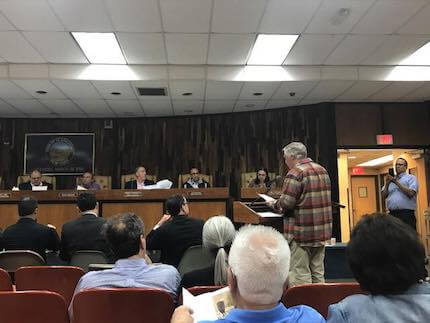 Many residents in Rockland County have a bad taste in their mouth, not only from their drinking water, recently described as “earthy” by some, but by the water company’s efforts in the last decade to open a desalination plant on the Hudson River in Haverstaw. In December 2015, the NYS Public Service Commission agreed with the activists and said the plant was not needed, directing Suez to focus, on conservation instead of desalination. Rockland ratepayers still had a hard pill to swallow. The never-built project’s $62 million planning expenses were passed on to consumers.

The reservoir of goodwill for Suez has been poisoned on both sides of the pond. In 2009, Paris, France bid au revoir to Suez, as well as another private company that operated the city’s water resource. In 2016, County Executive Ed Day filed of an Article 78 lawsuit in NY State Supreme Court against the PSC and Suez-NY, relating to planning costs for the desalination plant. “Rockland ratepayers are being hosed,” Day added.

A flyer circulated by local residents to mobilize turnout for the January 15 hearing accuses the company of failing to follow regulations to stabilize silt fences that protect the reservoir from contaminants. Inspection site surveys from October, 2019 through Jan, 2020, provided by Clarkstown, reveal that Suez consistently ignored recommendations, failing to implement runoff and sediment control practices.

If this is how compliant the company is while under scrutiny, how will Suez behave when the public and inspectors aren’t looking?

Approximately 12% of Americans get their water from the private sector. According to the website Rapid Transition Alliance, “between 2000 and 2015, there were 235 cases of water ‘remunicipalisation’– the process by which a city, region or national government terminates or refuses to renew water concessions, leases or management contracts with private companies, in order to bring water back under public control.” 2 of those cities were Atlanta, Georgia and the previously mentioned, Paris, France; both flushed Suez. 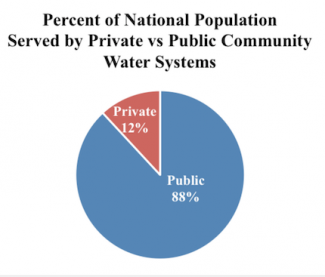 Maybe water is too urgent a need to trust to a private, profit-driven entity. Maybe we must reconsider the very notion of a privately controlled water supply. “In an emergency, you can survive without most utilities—electricity, gas, garbage pickup and, yes, even the internet,” observes former Earth Matters columnist Susan Hellauer. “But without one basic utility—potable water—you can count your remaining days on one, maybe two hands.”

Nyack Sketch Log: Lake DeForest, Where Eagles Have Landed, May 2019

Nyack Sketch Log: The Source of Our Water, July 2019

Earth Matters: The Suez Saga and Why You Care, June 2019