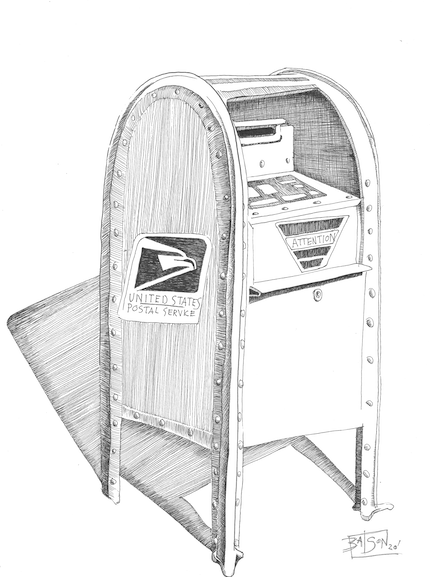 The unofficial motto of the United States Postal Service promises to swiftly deliver the mail, despite “snow nor rain nor heat nor gloom of night.”  We need to revise that creed to include a new obstacle: tyranny.

Fearing that ballots sent through the mail will favor his Democratic Party opponent, President Trump appointed Louis DeJoy, a Republican mega-donor and conflict-of-interest-laden fixer, as the Postmaster General. During a pandemic where voters could expose themselves, and risk death, by voting in person, DeJoy has sought to cripple the Post Office’s capacity to handle mail-in ballots. 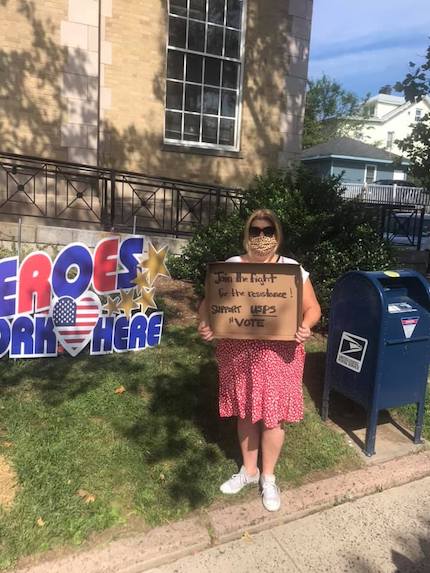 George Washington and James Madison saw the Post Office, built by their colleague Ben Franklin, as the foundation of a government of, for and by the people. Our current federal government, which history will either pillory or forget, is trying to dismantle every institution in order to destroy, not further, self-government.

Last Saturday, August 22, citizens swarmed 800 post offices across the nation to show support for the USPS and their mission to deliver mail to America’s 135 million households.

Here are 10 things that you need to know to save the Post Office and our democracy. 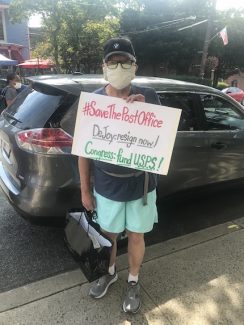 The Post Office is one of the few agencies set forth by the Constitution, established by the Post Office Act of 1792. By providing affordable access to newspapers, the postal service was the brick and mortar internet during the infancy of our nation. There were also early measures taken to prevent government surveillance of correspondence. The dual virtues of access and privacy continue to be enduring American values. German-born philosopher Francis Lieber describes the Post Office as an “element of civilization”—worthy of comparison with the printing press and the mariner’s compass.”

2. The Roots of the Recent Attack on Postal Service 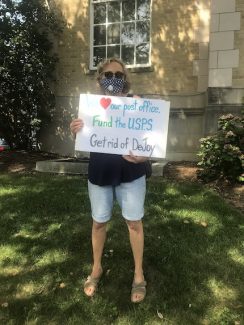 The Post Office isn’t going broke because of bad management, but being driven into bankruptcy by political interference. Like many bureaucratic attacks, the death knell signed on December 20, 2006, by President George W. Bush was innocuously titled (Postal Accountability and Enhancement Act). According to the Institute for Policies Studies, the Act required the USPS to create a $72 billion fund to pay for the cost of its post-retirement health care costs, 75 years into the future. No other federal agencies or private corporations are required to pre-pay pension on this scale. “If the costs of this retiree health care mandate were removed from the USPS financial statements, the Post Office would have reported operating profits in each of the last six years.” 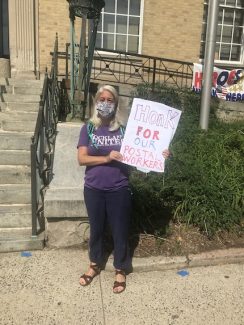 In addition to believing that a weakened post office helps his re-election prospects, Trump has attempted to use the USPS to retailed against the Washington Post, a publication that he believes has been editorially unfair to his administration. Washington Post owner Jeff Bezos, who is also founder and CEO of Amazon, has been the target of vicious Trump tweets about his private life. Going further, according to multiple press reports, Trump asked the USPS to double the rates that Amazon pays for delivery services.

In a press release in May 2020, then Postmaster General and CEO Megan J. Brennan said: “It is estimated that the COVID-19 pandemic will substantially increase the Postal Service’s net operating loss over the next eighteen months, threatening the Postal Service’s ability to operate.” Brennan added: “We anticipate that our business will suffer potentially dire consequences for the remainder of the year. At a time when America needs the Postal Service more than ever, the pandemic is starting to have a significant effect on our business with mail volumes plummeting as a result of the pandemic.” 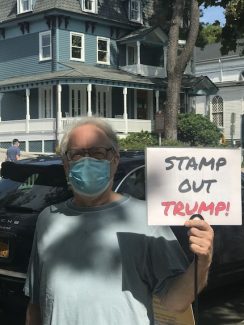 Louis DeJoy was appointed Postmaster General on June 15th, quickly becoming the first occupant to hold that post to become a borderline household name. In short order, DeJoy has presided over the firing of dozens of senior level managers, the removal of sorting machines, the elimination of overtime, and the issuance of guidelines many have suggested are intended to slow the delivery of the mail. In recent months, Americans have begun complaining, loudly, about medicine and social security checks arriving days and weeks late.

DeJoy was called before Congress last Friday, promising to halt his changes until after the election. Yet he also testified that 600 mail sorting machines that have been removed under his leadership will not be reinstalled.

While members of the Postal Workers Union claim the machines will impact processing mail ballots, DeJoy told the committee, “They are not needed.” 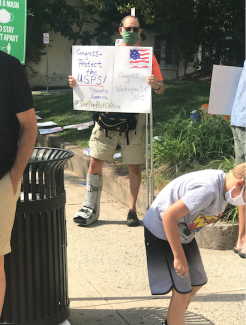 As serious as the implications are of DeJoy’s civic sabotage, his actions may also be explained by jaw dropping conflicts of interest: According to Citizens for Responsibility and Ethics in Washington (CREW), “DeJoy’s financial disclosures indicate that he retained stocks and stock options worth tens of millions of dollars in a USPS contractor, XPO Logistics. After assuming his role as Postmaster General, DeJoy also bought a stock option worth up to $100,000 in Amazon. DeJoy’s financial stakes in the companies put him at risk of violating the conflict of interest law, which prohibits him from participating in any particular matter affecting either XPO or Amazon. While DeJoy claims to be recusing himself from particular matters that affect these companies, as Postmaster General, he cannot fully recuse himself from all particular matters affecting either company, as XPO is a major USPS contractor and Amazon is a competitor and top USPS customer.” 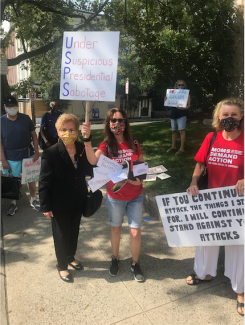 On Saturday, August 22, over 800 communities across the nation held protests to support the United States Postal Service. The protest in Nyack, NY, organized by Rockland United, gathered more the 100 people concerned about the future of the postal service and the viability of mail ballots in the upcoming Presidential election.

New York State Assemblymember Ellen Jaffee attended the Nyack protest. “Last weekend’s protest was not just about how we can safely vote this year, it’s about keeping and upholding the integrity of a constitutionally mandated service. Our Postal workers have been unbelievably heroic while handling a pandemic. Our federal Government should recognize this, and should stop any attempts to make voting harder this year for all Americans.” 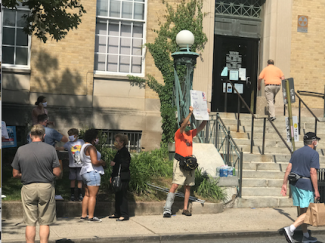 Corporations have phalanxes of professionals, including lawyers, lobbyists, and accountants constantly monitoring every executive and legislative action in real time. Individually, there is not much John Q. Public can do alone. But when we band together, a small well-organized groups, we can have disproportional influence.

Here are 2 organizations that have a broad progressive agenda. Members find out early what local, state, and national elected officials are up to and act collectively in response. 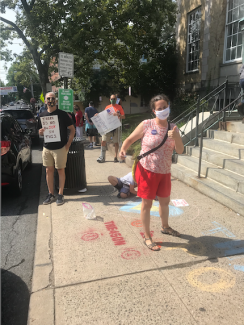 Rockland Citizens’ Action Network (RCAN): is a group of progressive activists, in no small measure inspired by the Bernie Sanders 2016 campaign. RCAN has joined as a chapter of NYPAN, the New York Progressive Action Network, who’s mission is , building out a network of support and coordinated action throughout the state of New York.

Rockland United: Whether they are hosting a local event or showing up at a State Senator’s office, Rockland United is committed to taking direct actions that pushes for change. Activities include: educating their constituents about the complicated legislative issues impacting communities and giving them the power to take action, ensuring elected officials, regardless of political party, speak for their constituents and supporting local candidates. 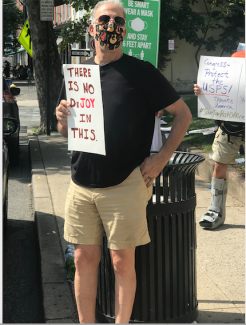 On August 20, Governor Cuomo signed 3 bills that make it easier for New Yorkers to vote and vote safely.

Senate Majority Leader Andrea Stewart-Cousins said, “With the ongoing COVID-19 pandemic, we must ensure that no New Yorkers feel pressured to put their health and well-being at risk to exercise their Constitutional right to vote.”

10: Vote by mail early, or drop your ballot directly

The last day to register to vote is Oct 9 (if application is mailed it must be received by Oct 14). You may also request an absentee ballot in person until Nov 2.

Here are the exact locations, dates and times for early voting:

If these recent acts of government-sanctioned vandalism of the Post Office have eroded your confidence in mail-in ballots and you choose to vote in person, early or on election day, please wear a mask and practice social distancing.

An activist, artist and writer, Bill Batson lives in Upper Nyack, NY. Nyack Sketch Log: “Ten Things You Need to Know to Save the Post Office and Our Democracy” © 2020 Bill Batson. Visit billbatsonarts.com to see more.