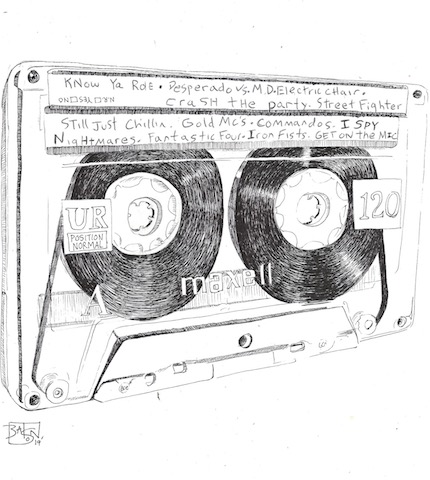 Poets, performers, social commentators and town criers, rappers are the ultimate American media makers. The influence of the MC, with the generations hip to their frequency, crosses racial, gender and class boundaries. Rooted in African American urban culture, rap has become the sound track of almost every zip code in America. 10960 gave birth to the flow of TRØN & DVD ten years ago. 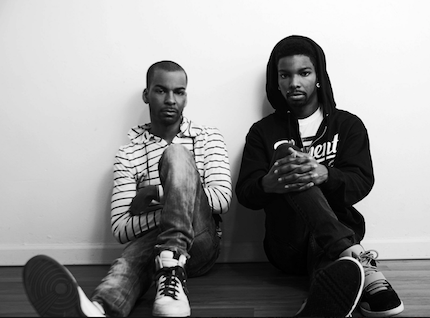 What was your first lyric?

TRØN: DVD is referring to a song we did when he first came back to rapping again (after the cassette tape era). So my first line on that song, I think, “if there’s one thing I despise, it’s these stool pigeons.” The song was about snitches. Ha Ha. We were in middle school. 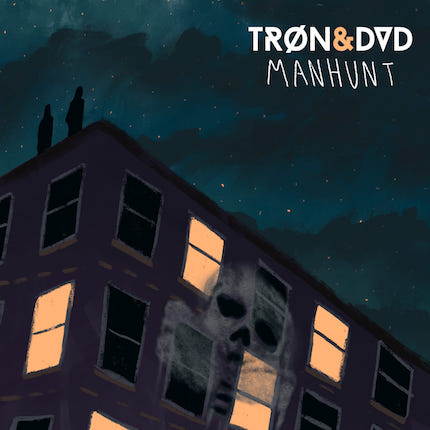 What was your most recent?

DVD: Iced coffee on an empty stomach, nights got me feelin’ hella sluggish.

TRØN: Stomach Growling, the wolves howling up at the moon.

How’s Idea was all this?

TRØN: We always rapped together. When we were younger, with our cousin and older brother but I guess when we decided to be TRØN & DVD after a buncha name changes and technology advancements. It just happened naturally.

How many songs have you recorded? 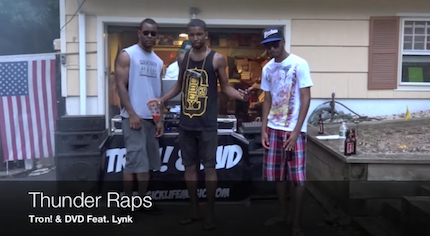 If some one hasn’t listened to your work, what should they listen to first?

Depends on if they are going to give us more than one listen. If someone is willing to dive in I would say start at the beginning but if they only give us one shot I’d say the newest album.

What comes first the words or the beat?

Most of the time, the beat.

Do you write in a book, or on scraps and do you save the original draft? 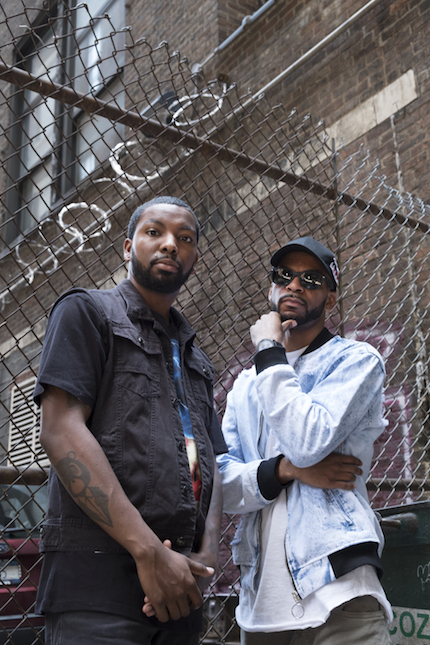 DVD: Electronic on Evernote. Save every draft since 2010.
Tron: Same. I love Evernote. Before that it was just note pad on mac and before that paper.

Any other art forms that either of you use for expression?

DVD:I edit videos on the side, including some of our own.
TRØN: I do a lot of the graphic design for us. i would like to write more (short stories, poetry, etc)

Who directs your videos?

We go back and forth depending on concept, or if we hire someone.

What bar was “Me Time” shot it? 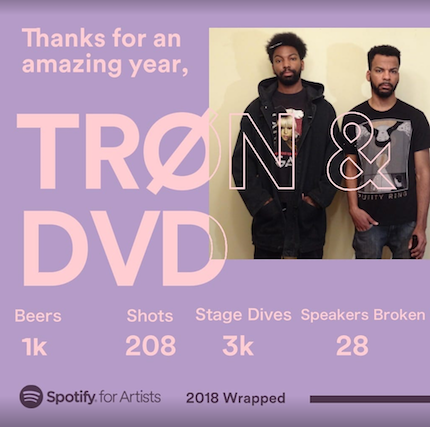 What are some of your creative influences that might surprise people?

DVD: My favorite genre of music is Alternative Pop. I get a lot of inspiration from some of those bands and artists. Watching B-Horror movies inspired a whole mixtape we did once and a lot of songs we do now are titled or influenced by them. Also, I watch a lot of anime.

TRØN: I listen to a lotta artists that are more popular than us in the same genre but not super popular,  so it makes me think of achievable goals. I am also super inspired by all the bands I listen to, Coheed and Cambria, Twenty One Pilots, and people we’ve met and played with. I think that connection to someone whose art I admire really helps me believe i can also do what they do. 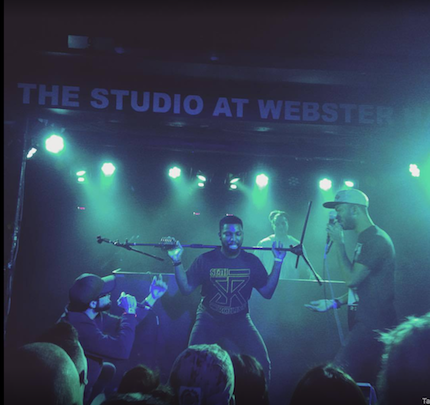 Any other musicians in the family?

TRØN: besides our brother Lynk, cousin Travislike, our mom used to be in like a Hip Hop R&B group and my wife sings really well.

Would you care to tell me how each of you got your name?

DVD are my initials.

TRØN: I was norvatron5000 as like a joke and people started to call me that as a nickname so it stuck. I like it cause i will always be called TRØN regardless of rap.

Are any of your songs political? 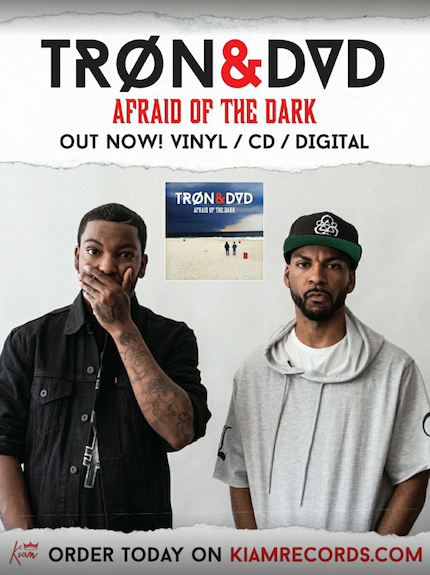 DVD: I wouldn’t call it political. I would just call it songs that are about society, and doing what is right and condemning what is wrong. But technically, yes.

TRØN: Yeah a bunch but like not so topical. like it’s general political beliefs despite the climate we are in. We’ve always felt certain ways no matter who is in charge.

How does where you’re from shape your sound?

TRØN: Rockland is a diverse area so we listen to all types of music. A lot of artists here do different things. there are definitely a lotta artists competing with each other in the county (for no reason) and I think that is motivation to be better, you know it’s a hiphop thing you always want to be better.

Also, I think it hurts the scene. no one wants to work with each other. I kind of like the fact we outshine everyone though but i would like to mix it up. 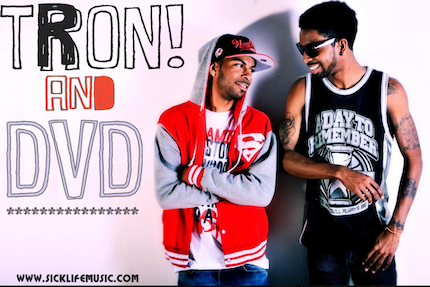 How does it shape your lyrics?

TRØN: I think the journey of doing this in a certain area and your resources really shape the lyrics because you can vividly describe what’s going on and what’s around you. a lot of Indie rap and pop punk talk about leaving your hometown and doing things in a big way.

Sometimes, there’s struggle to get out and sometimes you miss it when you leave. I think everyone wants to prove to people they’ve grown up with how good they’ve become at something or how well they’ve done in life. 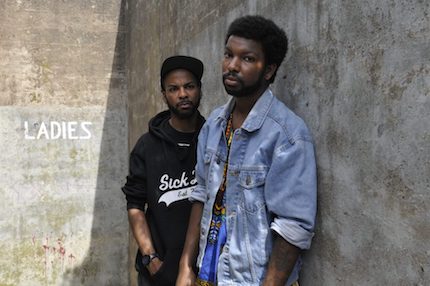 The music business seems tough. What would you say to someone trying to get into the industry?

TRØN: depends on what they want, if they want fame, do what it takes, learn from already famous people and don’t let anyone get in your way.

If you want to be good, practice and put things out as much as you want.

If you want money, hustle and learn the product you want to sell, don’t try to sell prog rock to edm fans. Be a businesses person. Us, we like to create, the things we achieve we get by creating what we want so we are happy with our outcome of work. 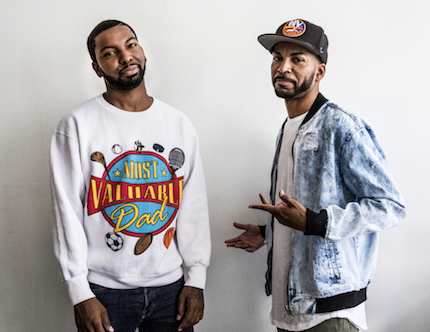 How did you get signed by Kiam?

When the record store opened up my dad told Jen we were rappers and gave her our cds we had out at the time. She liked them enough to work with us.

What is the one question you haven’t been asked in an interview that you wish had been? Please ask and answer it?

“What are some struggles as an ‘upcoming’ artist? 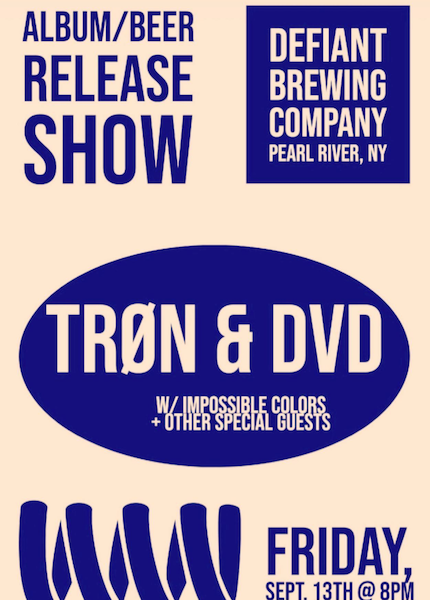 I would say that the things you want to achieve seem to haunt you, especially when you are online looking at other people achieve those things. You can’t let that mess with your mind, because you will end up discouraged, changing your art, or becoming depressed that it’s not you. Nobody talks to non famous people about not being famous, but it’s definitely a thing in your head. My thing is, I don’t want to be famous for work I’m not proud of so I’m happy because I’m proud of my work.

What’s next for TRØN & DVD?

We have our album release with weekend shows, on September 13th at defiant brewery with impossible colors, and the foxfires. Defiant is also coming out with a beer named after our new album “manhunt.” 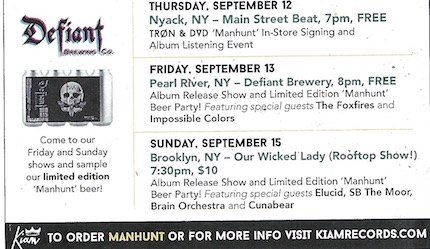 That Saturday is Haverstraw Riverwide Arts festival that we are playing and then Sunday, the 15th is our album release show with some of our fellow Indie Hip Hop artists, Elucid, SB the Moor, Brain Orchestra, and Cunabear.

I (TRØN) want to take a break personally, and work on a solo project. I think DVD does too.

I want to go back to having some fun and not stress too much about success, ya know. A little practice maybe. Kind of like pick up basketball when your’e in the NBA. Stress free.

To pre-order signed cds or for dates visit kiamrecords.com

Sketch of TRØN & DVD’s first cassette based on a photo by Luis Bruno.