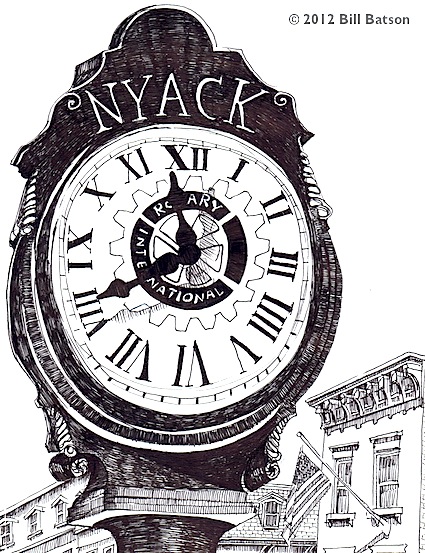 by Bill Batson
On Thursday, June 20, The Rotary Club of Nyack will install a new President, a former teacher and Special Education School District Administrator Renae Leeming. Recent past presidents, including Jane Marino, Russell Grant, Kim Cross and Jo Lore, names familiar to all who interact with the business and non-profit sectors in Nyack, will be on hand at 6:30p at Joe and Joe’s Restaurant on Main Street. Together, these professional colleagues form a network for commercial and civc advancement, unknown by many, yet hiding in plain sight.
Here’s the story of this 95 year old organization, that gathers each week, asking of its members four profoundly simple questions, seemingly absent from our modern public discourse: Is it the truth? Is it fair to all concerned? Will it build goodwill and better friendships? Will it be beneficial to all concerned? 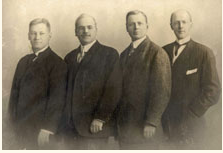 These questions, known as the four way test, are spoken aloud at each meeting of the Rotary, a global organization that is both ubiquitous, and to some, mysterious.  A survey by Rotary International found that in some countries, up to 90% of the population have heard of the Rotary, but know little of the purpose and history of one of the world’s oldest service organizations.
Attorney Paul F. Harris founded the Rotary Club on February 23, 1905 in Chicago.  The group’s name comes from the practice of rotating meetings among the offices of its founding members.  Harris wanted to establish a professional association that would reflect the spirit of mutual support and friendship that he remembered from the small town America of his youth.  These ideals found an ardent following in Nyack, where a Rotary Club was established in 1923. 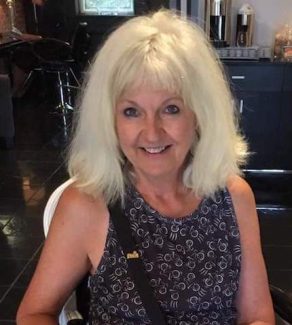 Former teacher and Special Education School District Administrator, Renae Leeming will take the helm from former Nyack Library Director, Jane Marion at an installation ceremony on June 20, 2019.
Leeming lived on the West Coast for 62 years before moving to Nyack to be closer to her daughters. After traveling and living in Alaska (in a bush Eskimo village), Montana and Nebraska she settled in Seattle, Washington where she raised her three children for 25 years
Moving to Nyack 3 years ago without knowing anyone, Leeming started attending Rotary meetings. “Best thing I did, as it helped me build connections to my new community,” said Leeming.

Officers and Directors of the Board that are also being installed are:

Tickets for the installation are $60 per person/$95 per couple and includes dinner, drinks, fellowship, awards & prizes.
Reserve your spot by emailing kim.cross@nyackcenter.org


Some things about Rotary are timeless.  A similarly scripted agenda is acted out in 34,000 service clubs by 1.2 million members around the world when Rotary clubs meet for a weekly lunch.  In Nyack, the meeting is held on Tuesdays at 12:15 at La Fontana.
Members, who are business owners, employees, community and civic leaders, proceed with a meeting that seeks to focus their combined energy, talents and finances into four avenues of service:

In other ways, today’s Rotary is radically different.  For more than three quarters of the organization’s first century, it was a males only club. Women were relegated to a wives auxiliary called Rotary Anns.  The surreptitious acceptance of a woman into a California club with an androgynous first name brought about a lawsuit that eventually overturned the Rotary International ban on female membership in early 1980’s, at least in United States.
Howard Hellman, past Nyack club President and owner of All Bright Electric, will tell you that his greatest claim to fame was recruiting Judy Martin into the Rotary.  She was not the first woman to join, that was Joan Moffett, but Martin’s tenure is legendary. 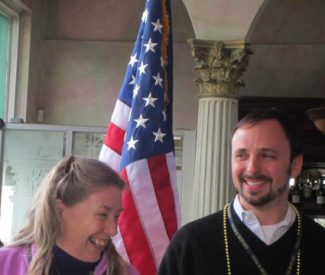 Several years ago, Martin received a pin for 19 years of perfect weekly attendance. This feat of dedication and discipline was not accomplished without some very close calls. Since the Rotary is international, you can make up a missed local meeting by attending a session any where in the world. When in Rome with her husband Mac, Judy had to make a quick change in a restroom to make herself presentable for the only meeting available. In Rome, the Rotary’s weekly lunch is attended by the cabinet ministers of the Italian government. 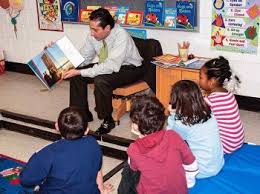 Howard Hellman has a second claim to fame.  He was the driving force behind the Rotary clock in Veterans’ Park.  During a trip to Cape May, New Jersey, Hellman saw a stately time keeping monument.  The Mayor of Nyack at the time, Terry Hekker, informed Hellman that there had once been a public timepiece in Nyack.  The Rotarians collectively raised the funds and the fixture was dedicated in September 2001. Hellman thought the clock would hearken back to Nyack’s past grandeur and promote the service philosophy of Rotary.
Current Rotary programs that the clock symbol celebrates include the organization’s decade long commitment to introduce every Headstart and elementary student in Nyack to the joy of reading by giving each child their first book.  Barnes and Nobles now donates the books that they distribute. Rotarians also engage middle school students through their partnership with Junior Achievement, a program that stresses the importance of financial literacy through a Rotary-modeled Interact Club.and Rotarians distribute food through Meals on Wheels to seniors in Depew Manor and Nyack Plaza.
The clock in Veteran’s Park is a perfect metaphor for the Rotary club. During the last nine decades, the Rotary has been a constant servant, looking out for the interests of the Village of Nyack. We can only hope that like the inner workings of this landmark, the heart of service that beats within Rotary will keep on ticking.
Special thanks to Win Perry
Photo of founding Rotarians Courtesy of Rotary Images
An artist and writer, Bill Batson lives in Nyack, NY. Nyack Sketch Log: “The Rotary Club” © 2019 Bill Batson. Visit billbatsonarts.com to see more.
The Nyack Sketch Log is sponsored each week by Weld Realty.