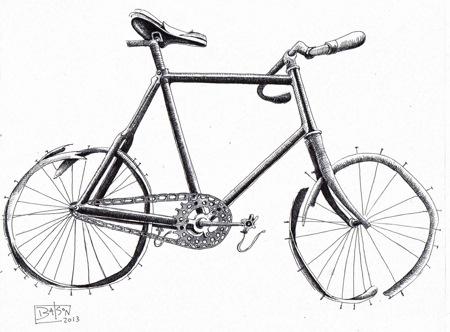 When the Shared Use Path over the Mario M. Cuomo Bridge opens in September, the population and the purpose of the people who pedal  across the Hudson could see a revolutionary shift. If policy makers listen to cycling and sustainability advocates and provide 24 hour access to this publicly-funded road, bicycles could become another important, environmentally-friendly vehicle for people to enter the economy.

There’s an event on Sun June 2 in the Nyacks that encourages everyone to dust off their bicycles, go for a short social ride with friends, family and neighbors, and get some exercise AND some ice cream, too. Register for the free event, Rolling By The River.

Since Italian engineer, Giovanni de la Fontana connected wheels together with a piece of rope in 1418, the bicycle has become ubiquitous, especially in Nyack. From artisanal curiosity to a child’s toy, from a piece of equipment for elite athlete’s to a transportation alternative, how we roll is determined by who we are and what we need. 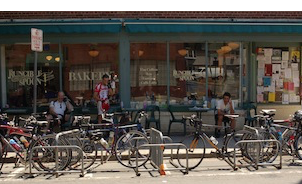 The increased interest in cycling to the river villages started 15 years ago.  “Before Lance Armstrong, you wouldn’t see 60 cyclists sitting outside the Runcible Spoon on North Broadway,” said avid cyclist Heidi Broeking. Although most of that traffic today is north/south, with serious cyclists riding to Nyack and beyond from North Jersey and NYC, the new shared use bike and pedestrian path will add an east/west axis over the Hudson River as well as new uses and new users.
The new route in and out of Nyack will offer additional public health benefits in terms of active transportation exercise and decreased greenhouse gas emissions. Rockland residents will be able to bike commute to Metro North trains in Tarrytown or jobs in Westchester,  an important toll- free, human-powered lane without having to wait for buses. which run infrequently late at night and on weekends.
However, some elected officials want to stifle bicycle commuting before it can take off, asking the NYS Thruway to close the bike and foot path when the sun goes down. “There seems to be a fundamental misunderstanding about the path,” says e-bike advocate Elizabeth Fischer. “The SUP certainly has recreation and tourism benefits. But principally, it’s a transportation corridor, just like the adjacent roadway. For this reason, the SUP needs to be open 24/7 for bicycle commuters,” she says. Fischer has started an online petition at Change.org called which asks NYS Governor Andrew Cuomo and NYS Thruway Exec Director Matthew Driscoll not to limit the SUP’s hours of operation. 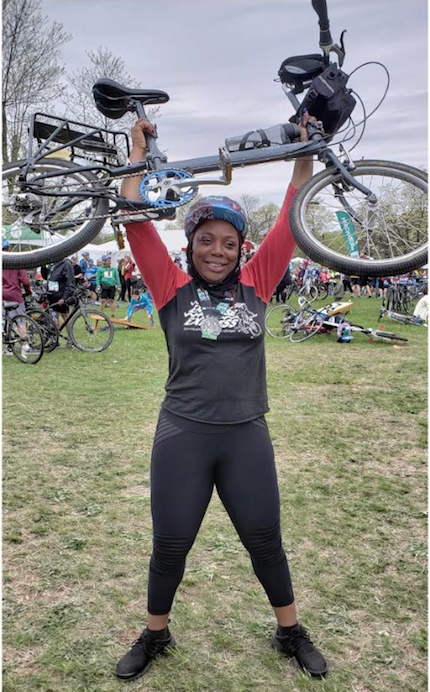 “Census data suggest that people with lower incomes are more likely to rely on bicycle commuting than the general population,” says Dave Zornow, a media research consultant who is also a board member of the Rockland Bicycling Club. “When setting the hours for the Shared Use Path, the NYS Thruway should take this into consideration, and make sure that the needs of all of  residents are considered.” Zornow says it could make a big difference for many families in Nyack, where more than 13% of residents live in poverty.
Zornow says extended SUP hours can create economic opportunities for both employers and employees. “Operating the Shared Use Path without hourly restrictions will be a boost for people who don’t have cars — especially service and shift workers who commute during times of the day when buses run infrequently,” says Zornow.

Rolling By The River

Do you have a bicycle in your garage that you rarely ride? Can’t find the time? Don’t feel comfortable “sharing the road” cycling by yourself? Then mark June 2 at 2p on your calendar for a Sunday afternoon “slow roll” cycling event when family, friends and neighbors near the Nyacks and Piermont can join “Rolling By The River.”
What’s a Slow Roll? It’s a bicycle ride for everyone. All ages (8 and up) and experience levels are welcome. The slow pace keeps the group safe and gives riders a unique perspective of our villages and their neighborhoods. It’s a chance to socialize, meet up and ride safely as a group. 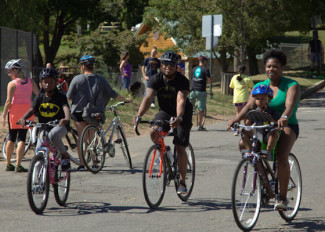 The Rockland Bicycling Club is teaming up the Village of Nyack Recreation Department, Upper Nyack, Piermont, the Edward Hopper House, R2M Realty and Nyack News And Views for “Rolling By The River,” the first of what hopefully will be regular “slow roll” community bicycle rides through the Nyack river villages and Piermont. It’s a family friendly, group event intended to teach safe cycling practices while encouraging local residents to get some exercise with their friends and neighbors.
Meetup at Upper Nyack Elementary School on June 2 at 2p. HELMETS ARE REQUIRED. Participants must sign an event waiver. Route is flat and about 3 miles round trip to Nyack Beach State Park.

After the ride, there’s an ice cream social at the Hopper House on N Broadway, sponsored by R2M Realty and Hartell’s Deli. Please REGISTER ONLINE so event organizers can get a good head count for the post-ride ice cream social.

In 2018, the three Nyack river villages and the school district developed the Greater Nyack Bike Walk Master Plan, a study funded by the New NY Bridge Community Benefits Fund. One of the plan’s recommendations was to hold community outreach programs that encourage more bicycling along with safety instruction for cyclists and motorists. On Sun June 2 at 2p, the Rockland Bicycling Club along with the three river villages, the Hopper House and a local realtor will partner to produce, Rolling By The River, a “slow roll” family-friendly, community cycling event, a first step to encouraging more people to get around the villages on two wheels for short trips and safer streets for all residents and visitors.If  your typical image of cycling consists of endurance athletes who regularly ride to Nyack and beyond from the NYC, Rochester cycling enthusiast and advocate Karen Rogers sees a a different future for bicycling on the banks of the Hudson.
“I am an African American woman who absolutely loves riding my bike,” says Rogers, a local business owner and one of the founders of the Rochester Women’s Bike Festival. Rogers says that riding a bicycle can change lives by increasing independence, improving health and signaling that neighborhoods are safe places to eat, shop and live.
“I want to educate minorities, in particular women, that biking is a viable form of transportation,” says Rogers. “Safety is first. We want them to get the right bikes and have an understanding of the rules of the road. The Rochester Women’s Bike Festival includes workshops to teach how to shop for groceries, transport kids, and even get to work on a bike. Biking has so many great benefits and I want all women to experience what I have experienced. The exciting part is that I can tell my story and be a mentor for those that have an interest.” 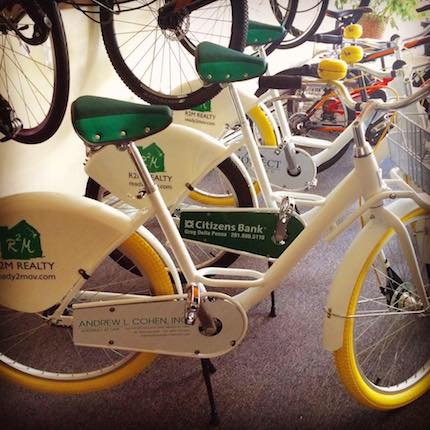 Nyack’s R2M Realty (“Ready To Move”) lets prospective buyers and curious visitors borrow bikes from its Piermont and Nyack locations to ride around each community and get a sense of each village. The agency’s owner came up with the free bike share service that is akin to NYC’s Citibike program, after returning from a convention in New Orleans.
“We biked everywhere and it was awesome!” says R2M’s Kenyatta Arietta. “We rode along side the Mississippi River, taking in the river views and sites along the way. We were able to take in quite a bit of NOLA via cycling… and burn calories from all of the wonderful foods we ate while we were at it.” Arietta says prospective Nyack home buyers can learn what makes Nyack unique, on two wheels, and that it’s a great way to cover a lot of ground in a short time. Nyack residents are welcome to share a bike as well, just call ahead of time and be prepared to sign a waiver.

Policy makers must seek ways to expand, not limit access to the pedestrian and cycle path on the new bridge, as well as make our local streets, sidewalks and crosswalks safer for pedestrians. Our economic and physical health, and the well-being of the planet, depends on it.
Local Bike Resources: