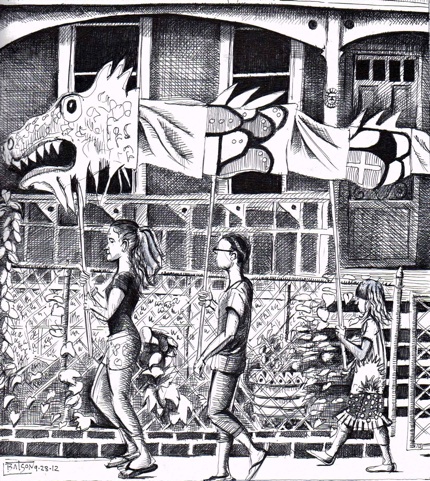 by Bill Batson
Amazing Grace Circus has been elevating the minds and aspirations of young people since the tumultuous days following 9/11. This #GivingTuesday, directors, Carlo Pellegrini and Hilary Sweeny are launching a #GoFundMe campaign to “put wheels” under their circus home, aka a big top tent, allowing them to reach a limitless audience. 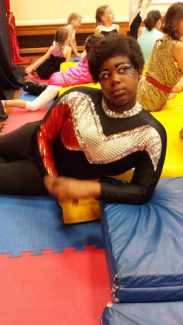 My knowledge of this year-round arts and fitness program runs deep. I know that Amazing Grace Circus is aptly named.  For my family, my niece’s time with the troupe was transformational. She entered insecure and emerged fearless. She embraced talents even she didn’t know she had and, through her work with the “little top” program, has continued to show interest in working in early childhood education.
Amazing Grace is a world class circus program, and that I know from the excellent youth driven performances that I have attended, but what you will remember forever, if you send your kids there, are the words Amazing Grace.  That particular song title is a lot to live up to, but in the story of our family, our girl was lost before she met Mr. Amazing, and after a summer of hard work and creative play, was found. Dare I say, Amen!
Amazing Grace was formed after the tragic events of September 11th by a group of young people  the circus helped the teens comprehend the enormity of the violent event and the personal loss of members of the Episcopal Church community, Welles Remy Crowther and Stacey Sennas McGowan.  In their search for solace, they founded a circus that has become a year-round arts and fitness program. 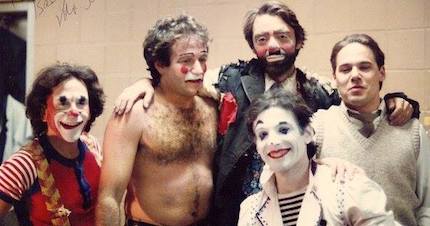 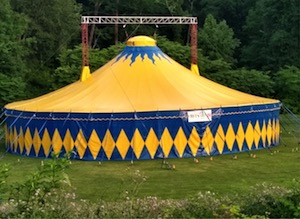 “We have found and rented a beautiful, one-ring circus tent this past summer and used it for our circus camp. It was a huge success with students, parents and the community. Here was our AH-HA moment starting us in the face: by no small feat, we became the proud owners of this tent.
And then the dream unfolded quickly: a local non-profit heard about the tent and rented it for their gala just last month…and raised over $200,000 in our tent. A youth circus two hours from us used it for their own gala three weeks later, with similar results. But even better, we taught the circus teens how to put up the tent, perform in it, take it down and pack it up. This was the dream working itself out in real time: a mobile, educational circus arts program in a real circus tent.”
Carlo Pellegrini & Hilary Sweeney
To support the effort to let this circus program “runaway” towards success, they have started a GoFundMe page to raise funds to buy an RV to move their new circus tent around the region. Learn more and donate at GoFundme.com.

Pellegrini needed some convincing at first. Having spent a year of traveling the country as a member of the Royal Lichtenstein Quarter Ring Sidewalk Circus in the early seventies, he knew the demands of the art form.  But the young people would not take no for an answer. Thanks to their persistence, and sublime and resilient response to tragedy, since their founding over 100 teens have been members of the troupe and approximately 30,000 young people and families have witnessed and been inspired by Amazing Grace Circus performances.
In addition to Pellegrini and Hayes, two other adults have brought their talents to help  Amazing Grace Circus performers tumble, juggle, clown and soar. Karen Gersch, a founding member of the Big Apple Circus and visual artist teaches acrobatics and clowning.  Hilary Sweeney, a ballet dancer since the age of five, who has trained with some of the leading aerial artists in the field, has taught dance, silks and trapeze.
Pellegrini believes that eventually, youth circus will be as ubiquitous as youth soccer. Growing interest in three-ring recreational arts and sports could be the outgrowth of the mass appeal of Cirque Du Soleil, the Canadian-based company that stages year round performances in New York and Las Vegas. Twenty years ago there were only three youth circuses in the country; now there are 140. 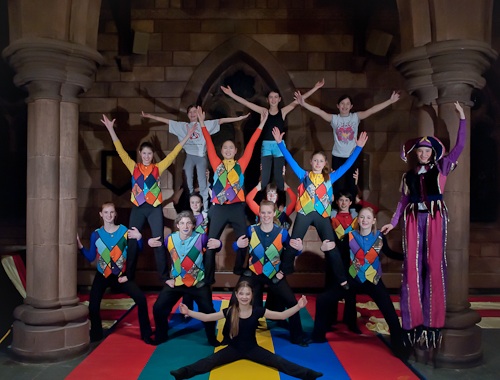 In circus custom, before a troupe toured the countryside, they were blessed by a church figure. By chance, an Episcopal Bishop was on hand before their first performance in 2002 to perform the rite. But when you consider that this phenomenal and enduring program was the brainchild of young people responding to one of the darkest moments in American history, we are all the recipient of the blessing that is Amazing Grace Circus.
Amazing Grace CIRCUS! is a not-for-profit community/social circus.
To learn more, visit Amazing Grace Circus or call (845) 721-5059
Troupe group shot by Deborah Grosmark Photography
Portions of this column were original published October 22, 2012

Nyack Sketch Log, Volume 2 will be available tonight, Tuesday, November 27. Join me for the book launch at 6p at the Hudson House, 134 Main Street. You can also buy the new volume that features fifty-five sketches and short essays at nyackgift.com, or at Pickwick Book Shop, Hickory Dickory Dock, the Edward Hopper House Museum and Study Center, Main Street Beat, or from my booth at the Nyack Farmers’ Market which will be outdoors every Thursday until December 20th and then indoors at the Nyack Center starting January 3rd.