The Rockland NYS State Senate Election on Tuesday, November 6 features incumbent Senator David Carlucci (D) running against C. Scott Vanderhoef (R). Polls are open from 6a to 9p. Visit the Rockland County Board of Elections to learn where to vote. 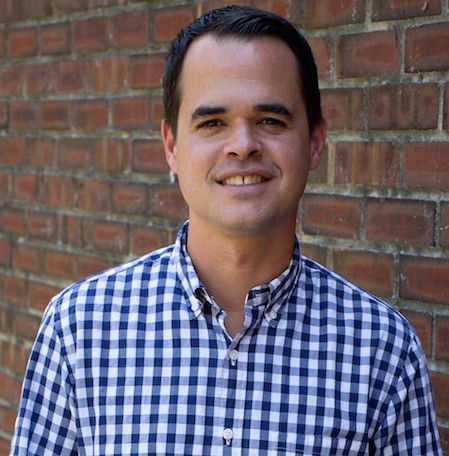 by NYS State Senator David Carlucci
It’s been an honor and a privilege serving residents in Rockland and Westchester since 2010. I am running for re-election for the New York State Senate, and I am focused on keeping Rockland and Westchester Counties affordable, securing more funding for education, and ending government corruption, among other things.
Affordability means lowering property taxes for hardworking middle-class families. No one should be forced out of Rockland or Westchester because property taxes are two high. While in office, I promoted fiscal discipline, passing on-time budgets. I also helped to protect taxpayers by holding the line on property taxes with a 2 percent property tax cap. Since 2010, capping state spending has helped save taxpayers nearly $52 billion. I also made it a top priority to protect and expand STAR and Enhanced STAR, allowing homeowners to save money on their taxes.
We also must work to expand property tax breaks to seniors, the disabled, and veterans in Rockland and Westchester. This is why I am fighting for legislation (S.7803) that would increase how much seniors and the disabled can make to qualify for the Senior Citizen Homeowners’ Exemption (SCHE) and Disabled Homeowners’ Exemption (DHE). Legislation I passed, which is now law, allows local school districts to extend property tax breaks to our veterans, and my Jobs for Heroes act provides a tax credit to businesses who hire unemployed veterans. There is still more to do as we come up with solutions to combat President Trump’s tax plan, which capped property tax deductions at $10,000.
Further, taxes are driven up by over development in Rockland County. To combat the problem, I passed legislation, which is now law to ensure code inspectors do their job or have their license revoked by the State. I also passed legislation (S.1773B) in the Senate to fight illegal housing and lower our taxes. The bill allows municipalities to roll a landlord’s unpaid housing code fines of at least one year into their annual taxes. Now municipalities will have the ability to sell the home to satisfy an outstanding tax lien saving municipalities time and money. In Chestnut Ridge, Assemblywoman Jaffe and I were able to work with residents to get the Department of State to deem the village a cease-and-desist zone, which means realtors asking residents to sell their homes could be fined or lose their license. Now I am working with Assemblywoman Ellen Jaffee and Orangetown Supervisor Chris Day to advocate for Orangetown to also become a cease-and-desist zone.
As a parent of two boys, parents know a quality public school education sets our children up for success in the future. I have secured millions for the schools in my district each year in the Senate. This year, I voted for a record $1 billion dollars in education funding. In East Ramapo, I have worked to restore art and music programs and secure them $3 million dollars in a lock box with state oversight. Can we work to do more, absolutely. This is why I continue to fight to ensure all our schools are adequately funded, while increasing oversight on non-public schools so they meet equivalency standards and safety requirements.
We must address government corruption and end the pay-to-play culture with campaign finance reform. I support legislation (S.496) to close the LLC loophole and Republicans will not vote for it. This legislation would ensure big corporation money does not drown out the voices of New Yorkers. LLCs played central rolls in successful prosecutions of Senate Republican Majority Leader Dean Skelos and former Assembly Speaker Sheldon Silver. When I ran against Vanderhoef in 2010, I pressed for legislation that prevents corrupt public officials from getting a taxpayer-funded pension. I passed that legislation, and it’s now the law in New York.
Voters should remember on Election day, that I championed and helped pass same-sex marriage, the SAFE Act, Raise the Age of criminal responsibility, $15 minimum wage plan, and the nation’s strongest Paid Family Leave policy.
See also: