It was the circling turkey vultures that drew his gaze—first up, then down, and over the dam at the south end of Congers Lake. The perimeter path was busy on that warm Wednesday in early February, and walkers had gathered at the dam railing, watching the vultures and gulls eat their fill of hundreds of panfish, dead or dying, in the flattened reeds just past the concrete spillway.

As West Nyack resident Joe Le Blanc snapped cell phone photos, he asked the other observers what they knew about this fish kill. He learned that it had been a couple of weeks since the vultures and gulls began enjoying their windfall dinner at the dam.

Le Blanc called his former neighbor, water advocate Laurie Seeman of Strawtown Studio (sponsor of this column) and the Rockland Water Coalition, to ask about reporting the incident. Seeman sent word up to Rockland County Water Task Force head, Legislator Harriet Cornell, who told Earth Matters that the county’s Division of Environmental Resources hydrologist, as well as an engineer from Suez NY, and investigators from the NY State Department of Environmental Conservation (NYS DEC) were already on the case.

A winterkill at Congers Lake 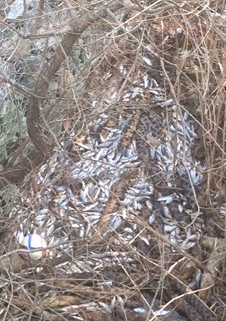 Winter fish kills in ponds and streams are not uncommon in colder climates, and most turn out to be natural events. The winterkill is often first noticed during a thaw, when large numbers of already dead fish wash over dams or up near the shore.

The most common cause of a winterkill is a drop in dissolved oxygen in the water. Ice and snow cover prevents wind from adding oxygen to water. Aquatic vegetation uses up oxygen as it tries to survive without photosynthesis under the ice, or emits carbon dioxide as it decays. Without enough dissolved oxygen, fish suffocate and die in large numbers—although in most lakes even a large fish kill won’t eliminate the entire population.

It appeared to officials from the Town of Clarkstown that a sudden downpour had washed small fish over the dam, stranding them in the spillway, where a lingering drought left water levels too low to allow fish to swim downstream to Lake DeForest. The Clarkstown Dept. of Environmental Control is in contact with the NYS DEC as they investigate this incident. 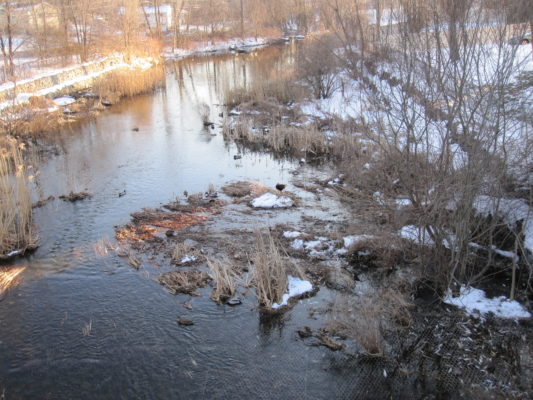 Although most fish kills are natural events, they can also be caused by infectious disease, or poisoning from pesticide use or chemical spills. The NYS DEC Region 3 Fisheries Unit investigators collected water samples, along with nine live white Perch and one live Brown Bullhead from Congers Lake on February 2, for analysis by the Cornell Aquatic Health Lab, according to Rockland County officials. The results, which are not yet available, will become part of the data kept by the NYS DEC on fish mortalities in NY State.

When asked about their role in this investigation, officials at Suez-NY referred Earth Matters to the Town of Clarkstown, which manages Congers Lake. Town of Clarkstown officials said that they sometimes treat man-made Congers Lake with bare-minimum amounts of the herbicide copper sulfate, but only during serious summer outbreaks of harmful blue-green algae. Copper sulfate can be toxic to some kinds of freshwater fish, but oxygen-depleting blue-green algae threatens them as well. (United Water (now Suez-NY) was fined by the NYS DEC in 2012 for improper use of copper sulfate in Lake DeForest, the reservoir they own and operate).

But the most common winterkill culprit, oxygen depletion, is not always solely Mother Nature’s whim. It’s also affected by our everyday human activities, which can create “dead zones” and other conditions that suffocate the aquatic creatures just trying to get on with their lives in our increasingly built-up suburbia.

This week, scientists reported in the journal Nature on a long-term study of dissolved oxygen in the world’s oceans. The news is not good. Climate change and human activity are blamed for progressive ocean deoxygenation, resulting in lifeless “dead zones.”
The same kind of runoff that can affect dissolved oxygen in little Congers Lake is also a threat to the sea, according to this study: “Coastal changes have mostly been fueled by riverine runoff of fertilizers, but in some cases may have been affected by the larger-scale [climate change-related] oxygen changes.
The models used by the investigators predict rapidly accelerating dissolved-oxygen depletion in our oceans in the coming decades. “Far-reaching implications for marine ecosystems and fisheries can be expected.”

The algae and overgrown vegetation that compete with fish for dissolved oxygen have a nonstop source of nutrition: stormwater runoff from lawns and golf courses that use nitrogen and phosphorus fertilizers. Grass and landscape plants think it’s yummy, and when it washes into waterbodies, there’s plenty left to make oxygen-depleting pond weeds and algae—including harmful blue-green algae—go wild as well.

A sudden thaw will send runoff from de-iced roadways (a chloride-laden “first flush”) into waterways. Congers Lake is especially vulnerable, with little open space at some places between the shore and busy streets. Increased salinity decreases dissolved oxygen exponentially, stacking the deck against freshwater fish trying to breathe. 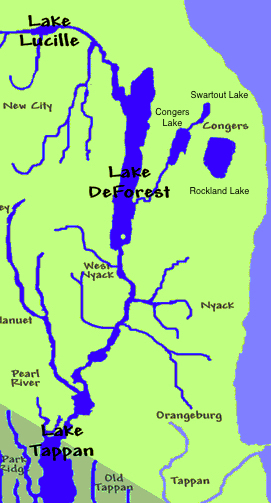 Just like people, lakes get old, and eutrophication is a natural process of lake aging. But when humans accelerate the process with shoreline erosion, urban and agricultural runoff, wastewater discharge, septic seepage, even climate change, that’s called cultural eutrophication. It degrades a lake’s water quality, affects its plant and animal life, its shoreline and its entire surrounding watershed. And the Hackensack River watershed provides drinking water for Rockland County and  thousands of New Jersey residents.

Diet for a small lake

Whether you live across the street or across town from one of Rockland’s many lakes and ponds, you are part of the watershed that supports us all. You can take concrete steps to improve the health of our waterbodies—and the creatures that inhabit them.

How to report a wildlife emergency

The NYS DEC depends upon citizens to report pollution and wildlife emergencies. Take pictures and make note of the circumstances.
For a fish kill or other aquatic problem, call the Region 3 Fisheries Hotline at 845-256-3161 or send them an email.
For all other wildlife or pollution incidents, call the NYS DEC spill hotline, manned 24/7, at 800-457-7362.

Diet for a Small Lake: The Expanded Guide to New York State Lake and Watershed Management is a compendium of information about the ecology, monitoring, and management of lakes and watersheds throughout New York State, drawing from the vast experience of many state lake management experts (limnologists). This guide is written for both lake residents and professionals, and includes numerous case studies and examples from New York State lakes. The book is available in hardcover, paperback, or as a PDF download from the NYS DEC. 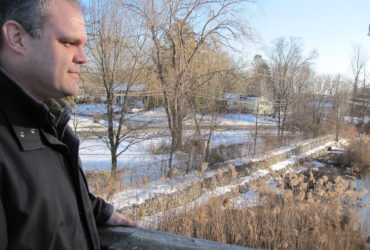