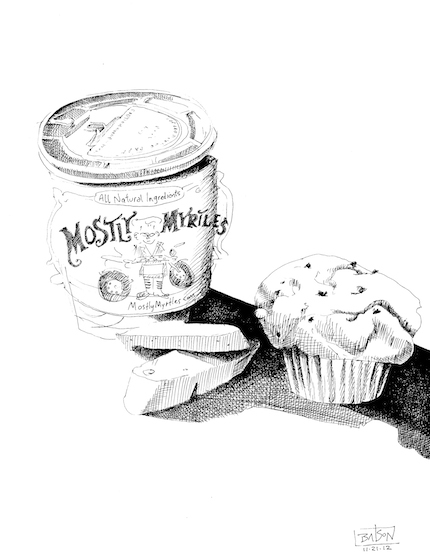 A woman standing in front of a motorcycle with a tray of cookies is the logo for Mostly Myrtle’s, the purveyor of gluten-free baked goods at the Nyack Famers’ Market. The image is an homage to the grandmother of Mostly Myrtle’s owner and baker, Debra Sadowsky.  In order to keep up with the public’s growing appetite for gluten-free products, the former Occupational Therapist bakes up to 600 muffins a week for markets throughout the region. Let’s take a spin on Mostly Myrtle’s metaphoric motorcycle to a grandmother’s kitchen in Kansas City to see where Debra’s journey to gluten-free baking began. 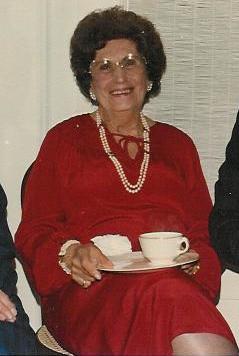 She was my very beloved grandmother, a strong, vital, and incredibly wise woman who was determined to enjoy everything that life had to offer. She was worldly and ahead of her time. But she also had this warm soft grandmotherly side. Her arms were always open for a hug and her hands were ready to create a scrumptious meal, or best of all, to make her cookies.

Why did you portray her as a biker?

I decided that we would have a likeness of her as our logo, but I wanted something that portrayed her whimsical and adventurous persona.

I worked with a young man who was in my son’s high school senior class at the time and destined to follow his own dreams of becoming an artist. I told him I wanted her to be riding a motorcycle while holding a tray of cookies to show that she could do anything!

Gluten is a substance present in cereal grains, especially wheat, rye,barley and spelt, that is responsible for the elastic texture of dough.

Who needs to avoid gluten?

There are basically 3 categories of people who avoid gluten.

1. Those who have Celiac disease, an autoimmune disorder which can occur in genetically predisposed people that creates inflammation in the small intestine, and damage in the lining preventing important components of food from being absorbed.

Symptoms include digestive problems, skin rash, musculoskeletal problems, tingling sensation in the legs and other limbs.

Research suggests that Celiac Disease occurs in as many as 1 in 100 people, however statistics are varied and researchers believe that as many as 2.5 million people in the U.S. may have undiagnosed Celiac.

2. Those that have the symptoms of Gluten Sensitivity but test negative for Celiac disease.

3. Those that choose to avoid Gluten for personal dietary reasons.

What do you remember about her kitchen?

We lived only about 10 blocks away from her tudor style “gingerbread” house in Kansas City, Missouri. She kept a key hidden in the little “milk door” in the back so even if she wasn’t home, I could ride over and find a tin of cookies somewhere in her kitchen or pantry.

Tell me about your work before you became a baker?

I worked as an Occupational Therapist (OT) in Adult Rehabilitation from 1976 to about 1985 and then moved to Pediatric OT, working with high functioning learning disabled students until 2007. 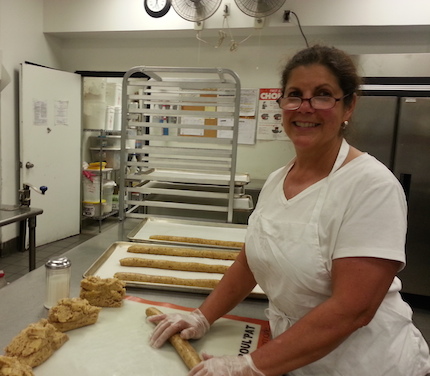 When did you launch Mostly Myrtle’s?

When I decided to create a company in 2002, I went knocking on doors to find a bakery that would rent me space to make my dream a reality. I was living in Long Island at the time. Best Bagels in Great Neck graciously welcomed me.

No one thought that this Long Island woman would be able to take the “heat” that baking offers up on so many levels. The kitchen had this cavernous rotating oven, in which, on the very first day, I dropped a baking sheet into the fire. Their baking supervisor had to reach into the actual flames to retrieve the pan! 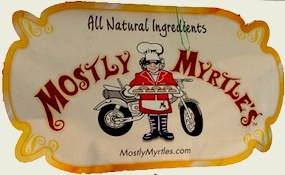 Rob, the owner was a mentor to me and tremendous support as I made my way into small business. We remain friends to this day.

I essentially knew nothing about commercial baking or about running a business either for that matter. I took a crash course in Entrepreneurism at the local Small Business Development Center and watched the bagel guys do their thing and just went in and practiced and practiced and practiced. I read about formulas and food science, joined a pastry organization, went to Trade Shows, and walked down every bakery aisle in every store in every city I traveled.

Soon, I was less and less involved in my job as an OT. My fledgling company required all my efforts, so in 2007, I took a huge breath and quit my day job. At first, we were called “Nanny’s Cookies LLC “ but I changed the name to “Mostly Myrtle’s.” After all, Myrtle was my grandma and I am mostly Myrtle! 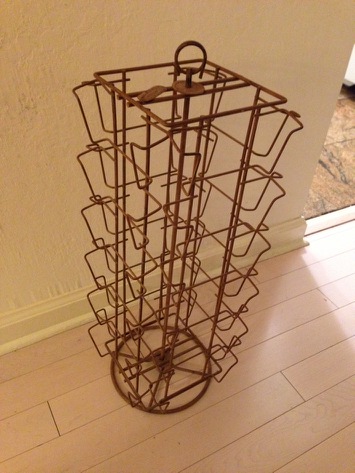 Tell me about your signature product?

It’s called a Biskooky. It’s a Biscotti/Cookie. In keeping with my grandma’s panache, we changed the spelling to Biskooky.

Didn’t your grandfather invent something as well?

My grandfather, Harry Rubinstein’s company was called Atlas Wire Products in Kansas City. He invented and patented magazine racks & post card racks that became the industry standard. I worked there a couple of summers. My job was to  manage the old-fashioned plug-in switchboard.

What are some of the lessons from Occupational Therapy that help you as a small business owner?

Understanding the need to move forward one step at a time towards ultimate goals and to appreciate successes regardless of the dimension.

How many muffins do we make per week? 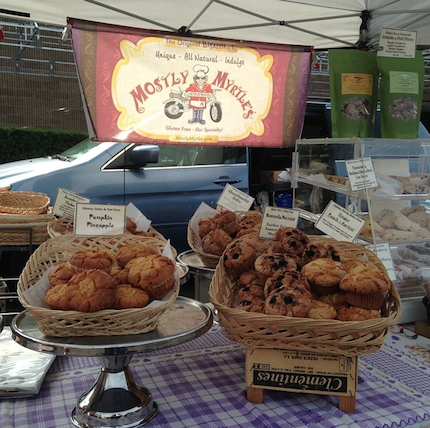 Now that our business has grown into the production of gluten- free products with an unexpected emphasis on gluten-free muffins, we produce about 500 – 600 per  week during farmers’ market season. We started with our zucchini, carrot, roasted apple, and blueberry muffins, which later became our Heavenly Harvest. We now have 8 varieties with additional seasonal favorites.

I love getting inspiration from the Farmers’ Markets. We took those scraggy bulbous looking rutabagas from the market one week and added roasted onions and organic rosemary and created our most exotic muffin: Rutabaga Rosemary.

Later we coupled sweet potatoes, organic kale and roasted onions for our Sweet Potato Kale Muffins. Our newest muffin is our Mango Raspberry. 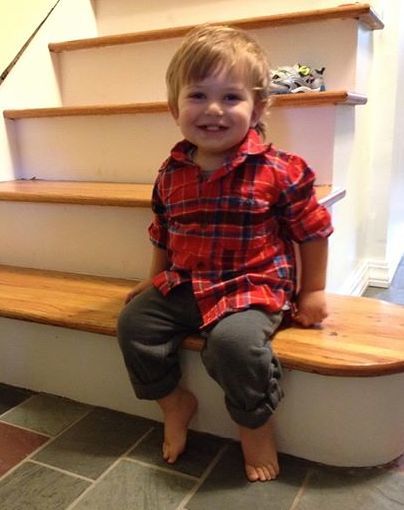 Didn’t you recently become a grandmother? Would you want your grandson to continue the family business?

You must know that my heart filled with love when you mentioned my grandson.  And… I giggled at the thought of little Henry carrying on this specialty baking business.

Stop by Mostly Myrtle’s every Thursday and Saturday at the Nyack Farmers’ Market for a gluten-free muffin or Biskooky. Starting on December 4, the market will operate indoors at the Nyack Center.