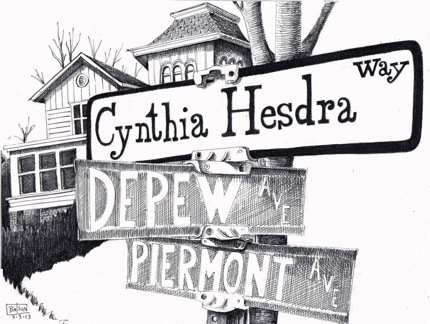 As a trail blazing entrepreneur, who overcame racial and gender, discrimination, Cynthia Hesdra amassed a fortune by 1879. Hesdra is the first of a dozen local figures featured in African American Entrepreneurs in the Nyacks 1800- Present.  The exhibit, that opens on Saturday, March 8 at 1p at the Historical Society of the Nyacks, honors men and women — living and deceased — who have contributed to the local economy despite America’s legacy of discrimination.

This exhibition represents the beginning of three-year community-based initiative called the Nyack African American History Documentation Project. The project is a collaboration among students and faculty of St. Thomas Aquinas College, the Historical Society of the Nyacks, and the Nyack Library to discover, survey, record and ultimately place under archival care materials that reflect the history of African Americans in Nyack and the surrounding areas of Rockland County.

There is an element of urgency to this project. The materials that we are seeking, mostly papers and photographs, are underrepresented in public collections. Until they are preserved, the documents are vulnerable to loss and decay.  There is a literal race against time to secure the history of an African American community that had previously been isolated and marginalized by law and custom.

Until a truly representative collection of the documentary materials of the people who have called the Nyacks their home has been archived and cataloged, it is difficult to understand how our diverse, creative and compassionate community came into existence. 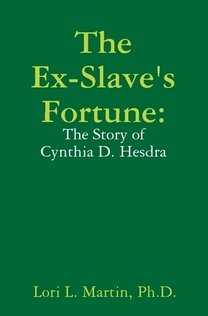 Cynthia Hesdra was born a slave in Tappan, New York in 1808 to John and Jane Moore. Cynthia’s father, one of the wealthiest men of his time, owned and operated a mill in Sparkill. He also constructed mill wheels that were said to have produced blankets for soldiers fighting in the Civil War.

Very little is known about Cynthia Hesdra’s mother, Jane. She may have been a slave, which might explain how Cynthia Hesdra became enslaved.  Cynthia eventually met and married a man by the name of Edward Hesdra, the son of a white Virginia planter and a free black woman from Haiti. After their marriage, the couple purchased Cynthia’s freedom. The two settled on Amity Street in New York City. Cynthia operated a successful laundry business in New York City and she owned several properties there.

Eventually, she took her trade to Nyack, NY, where she also accumulated property and operated a business. Among the many properties owned by Cynthia and Edward, was a house located near the intersection of Route 9W and Main Street in Nyack that was part of the Historic Underground Railroad. The Hesdras were rumored to have been in charge of the station between Jersey City, NJ and Newburgh, NY. The house was destroyed during the period of Urban Renewal in the 1970s.

When Cynthia Hesdra died on February 9, 1879, she was reportedly worth $100,000, the equivalent of 3 million in contemporary dollars.  In 2010, Piermont Ave. between Hudson and Depew was renamed Cynthia Hesdra Way.

Here are some excerpts from the panels that describe the other entrepreneurs and that are on display at the Historical Society of the Nyacks:

“He went to a tailoring school where he learned how to do tailoring and that sort of thing and he finally opened up a dry cleaning & tailoring business in Nyack. I think he worked a short while at the St. George Hotel while he was still going to school, but after that was when he opened up the business in Nyack. He continued in that business 50, 60 years.”

Excerpted from an oral history of Walter Blount, Jr. conducted by Jean Pardo at the Nyack Library 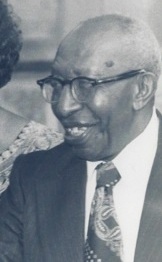 “Dad was in the wood business—he was a firewood dealer…his place was located just off Depew Ave. on Railroad Ave. That area now is occupied by the Nyack Plaza housing development over there. He had formally gotten out of construction back in ’43 when I was in the service. He had started this little firewood business. He was selling logs for fireplaces and kindling wood for starting the fire—very popular in those days.”

Excerpted from an oral history of Hezekiah Easter, Jr. conducted by Jean Pardo at the Nyack Library 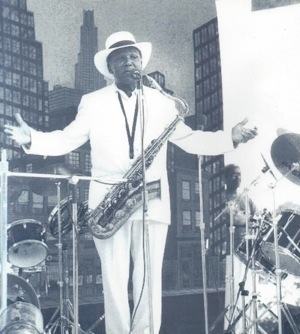 Sir Hildred Humphires honorific “Sir” was earned as an accumulation of respect from his musical peers. During his extensive career, Humphries performed with Billie Holiday, trumpeter Roy Eldridge, and another titled member of jazz royalty, big band leader Count Basie.

In 1990, Sir Hildred released  “Stardust” that was recorded at Clarkstown South High School and sold to support The Hildred Humphries Scholarship Fund. 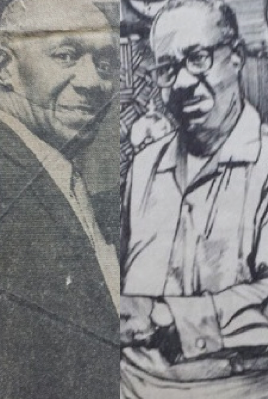 Chic & Charlie’s was more than just a tavern: it was an important community institution. Robert Kennedy visited the establishment during his 1964 New York State Senate Campaign. The tavern was not only popular at night, but would often serve as a gathering place after Sunday church services.

The brother’s originally bought the Cedar Street Bar and Grill on Cedar Street from Ike Sutton in the early 1960s.  When that bar was condemned by Nyack’s urban renewal prorgam, they moved to Franklin Street and changed the name. The tavern was located at 44 South Franklin until it was destroyed by fire in 1982. 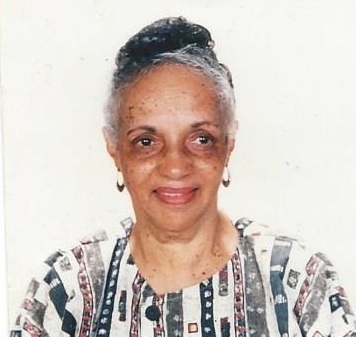 Frances A. Batson is best known as the Deputy Clerk of the Village of Nyack, a position that she held for 26 years. Frances was the first African American to hold that position. Before her public service, she was the owner of Batson Spot Secretarial Service.

In addition to her professional accomplishments, Frances was the branch Secretary for the Nyack NAACP and the church secretary of St. Philips AME Zion Church. 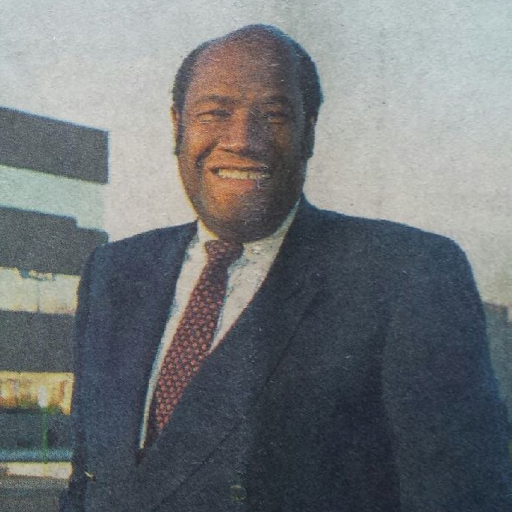 At 6’ 5” tall, Johnson went to Duquesne University in 1950 on a basketball scholarship. He funded his medical studies by playing professional basketball in Europe.

Dr. Johnson practiced surgery at Nyack Hospital, Good Samaritan Hospital and Englewood Hospital and Medical Center. He also served on the Nyack School Board and County Board of Health. 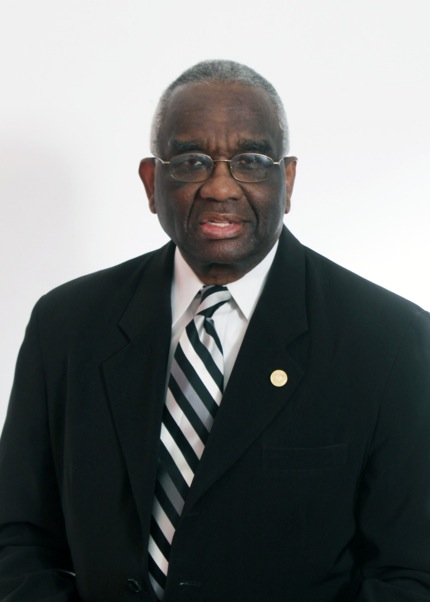 Dr. Willie Bryant joined the dental staff at Letchworth Village in 1982, where he served as director for over fifteen years. During this time, he has continued his private practice that spans thirty five years.

Last year, Dr. Bryant organized a Juneteenth celebration in Rockland County that included a 1.6 mile Fun Run named in honor of Laurence H. Holland, former president of the Nyack Branch of the NAACP, and a self-guided walking tour of 26 historic places in the African American experience in Nyack. 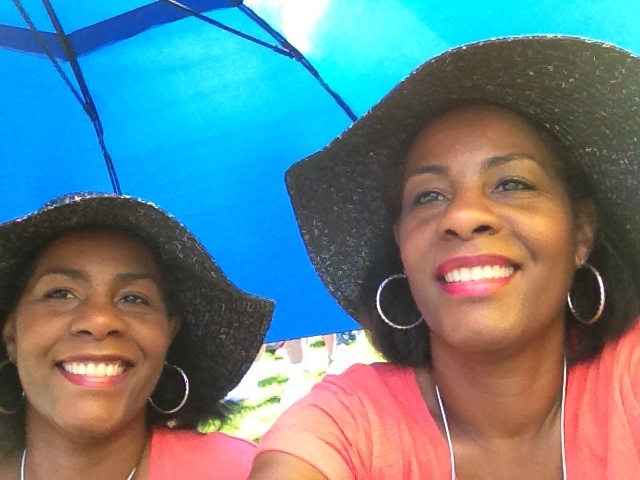 The twins closed Zola Gallery to go into law practice where they represent the arts, culture and historic preservation. One case of particular note is Hezekiah Easter Jr.’s case against the Palisades Mall’s encroachment on the Mount Moor Cemetery. 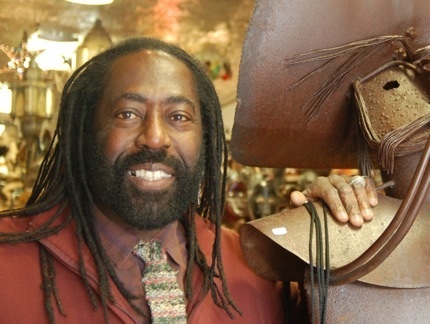 Karim Deen came to Nyack 38 years ago from England. In the shopkeeping tradition of Great Britain,he opened his first store, Afrique Curiosity, on the ground floor of the Presidential Life building. Since then, Karim has owned and operated three businesses in Nyack. In addition to his commercial enterprises, Karim was the first African American to run a major clothing line in New York’s garment center. 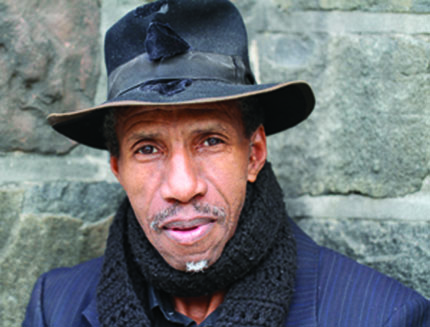 Sam Waymon began piano lessons at the age of three, as did his sister Eunice, who later changed her name to Nina Simone. In addition to his solo career, for over a decade Sam performed with, wrote music for, and managed his sister.

Sam composed the score for and appeared in the 1970’s cult classic Ganga & Hess, which was shot in Nyack. Waymon performed in Vincent Pastore’s Wild Children that premiered in Nyack in 2012 and will soon have a run on Broadway.

African American Entrepreneurs in the Nyacks 1800-present will be on display every Saturday from March 8 until July 5 from 1-4p at the Historical Society of the Nyacks, located on the lower level of the Depew House, 50 Piermont Ave. at the corner of Piermont and Hudson Avenues across from Memorial Park. (behind the Nyack Library parking lot)

African American Entrepreneurs in the Nyacks 1800-Present is presented by the Historical Society of the Nyacks, curated by Bill Batson and sponsored by the Art, Craft and Antiques Dealers Association (ACADA), La Talaye Catering & Event Design and St. Thomas Aquinas College.