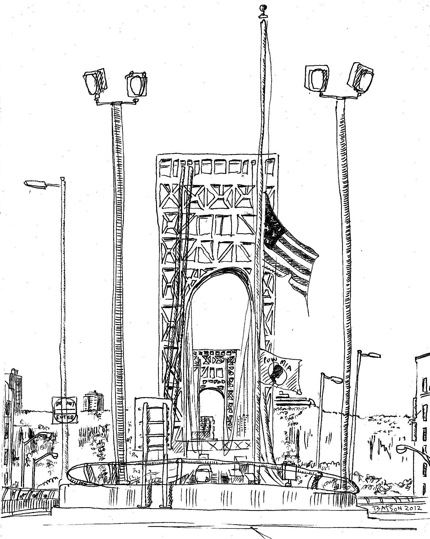 Having grown up within walking distance of the George Washington Bridge, namesake of our country’s most recent scandal large enough to warrant the suffix “gate,” I was already intrigued when I read the first headlines. Then it got personal. Governor Chris Christie rudely rebuffed an inquiry into the matter by New Jersey State Senator Loretta Weinberg, the mother of a dear high school friend. Driven by umbrage, I began dredging through the reporting to see what was at the bottom of the traffic-themed political pile up. Bye George, I discovered; the next stop is Sandy.

You don’t need to live in New Jersey to care about chaos on the George Washington Bridge. As regional commuters, understanding why three access lanes to the busiest bridge in the country were inexplicably shut down for four days, causing epic traffic jams during the week of September 11, is compelling enough. The fact that Christie was the presumptive 2016 Republican Presidential nominee made this story relevant to all Americans 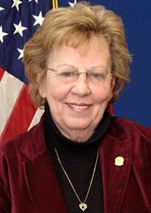 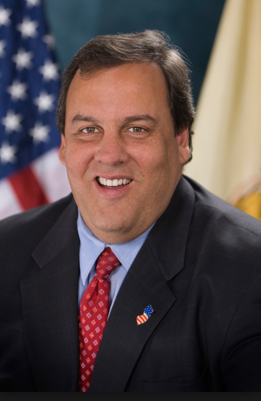 In early media speculation, the GWB lane closures were viewed as a reckless measure of relaliation against Fort Lee Mayor Mark J. Sokolich, a Democrat, for his failure to endorse the re-election of Republican Christie. Christie was seeking to burnish his bi-partisan image and to run up the score on what was already looking like a landslide victory. Before any formal investigations had been concluded, the matter had been so publicly accepted as an act of petty political payback, that even the governor’s hero, Bruce Springsteen, weighed in with a parody on Late Night with Jimmy Fallon.

The scent of a scandal was first detected on January 8, 2013. An email dated August 13, 2013 from Christie’s deputy chief of staff, Bridget Anne Kelly, was published suggesting it was  “time for some traffic problems in Fort Lee.”  The instruction was sent to Christie’s appointee to the Port Authority and long time associate, David Wildstein. From his post, Wildstein ordered and managed the closing of the lanes from September 9 – 12. During initial reports, the Mayor of Fort Lee said that there were rumors that he was the target of the disruption, which delayed the search for a missing 4-year-old girl and doubled the response times of local ambulances. 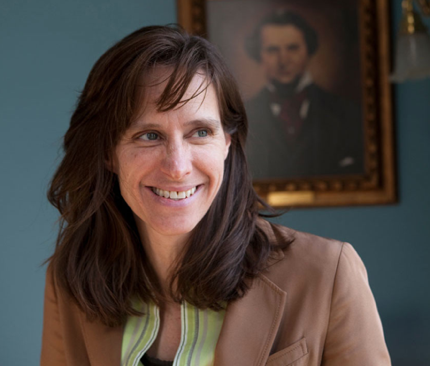 It has also been reported that the traffic jam was orchestrated to punish State Senator Loretta Weinberg. The day before the Kelly email, Christie referred to Weinberg and her legislative colleagues as “animals” in a dispute over judicial nominees. Weinberg is the leader of the Democrats in the Senate and represents the district that encompasses the bridge and the major arteries that lead to the span.

United States Attorney Paul Fishman’s office began issuing subpoenas on January 23 to organizations and individuals affiliated with the Christie administration. As of February 3, Bridget Kelly, the person whose digital fingerprints are all over the lane closure, was not subpoenaed. There seems to be a new focus for federal authorities, further down the Hudson River. 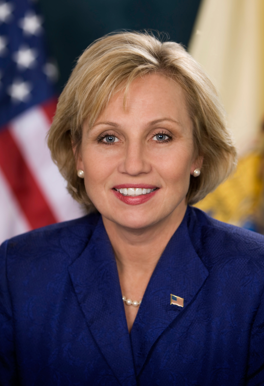 On Saturday morning January 18, MSNBC host Steve Kornacki, took an off ramp from Bridgegate and introduced something that was potentially far more odious: Sandygate. Kornacki’s guest, Hoboken Mayor Dawn Zimmer, alleged that New Jersey Lieutenant Governor Kim Guadagno informed her that the Hurricane Sandy relief funding that her city was expecting would be tied to her support for a private multi-million dollar development project. Zimmer was not persuaded. The developers, the Rockefeller Group, were being represented by the firm of the Christie appointed Port Authority Chairman David Samson, Wolff & Samson.

Zimmer claims that she was so stunned she documented the exchange in her diary and told her staff about it. The Rockefeller Group has dismissed Wolff & Samson since this story was first reported.

Hoboken received only $342,000 from the Sandy funds controlled by Christie administration after 80% of the city was flooded. Zimmer had requested $127 million in aid.

Six million dollars from a $1.8 billion federally funded Community Development Block Grant to help New Jersey rebuild after Sandy was allocated to a senior center in Belleville NJ, a community that was relatively unscathed by the super storm. The funds were announced two weeks before the Democratic mayor endorsed Christie’s reelection. In a Rutgers University report that measured Sandy’s impact, Belleville was ranked 188th out of all NJ communities.

Ranked 254th in the same study, New Brunswick received $4.8 million in relief funds to help build an apartment tower. Former NBA star Shaquille O’Neal is one of the investors with the project’s developer Boraie. Five months after Boraie’s application for Sandy funds was approved, O’Neal appeared in a commercial endorsing Christie’s reelection.

In January 2014 , New Jersey terminated the contract with the consulting firm that was coordinating the allocation of Sandy Relief funds in the state. The company, Hammermann and Gainer (HGI) had been widely criticized for how they were administering relief programs. The state was set to pay HGI $68 million in fees to administer $780 million in Sandy funds. Records show HGI secured the contract in May, shortly after their legal representatives, Capehart Scatchard, gave $25,000 to the Christie led Republican Governor’s Association. “Neither HGI nor the state of New Jersey has provided any details as to the reason for termination or the plans for administering the impacted recovery programs,” wrote Representatives Frank Pallone and Bill Pascrell Jr. in a January 29th, 2014 letter to Housing and Urban Development Secretary Shaun Donovan.

New Jersey’s Lieutenant Governor denies telling Zimmer that Sandy funds were tied to the development project. The day after Zimmer appeared on MSNBC, she was invited to meet with federal prosecutors. Later, her staff and her diary were subpoenaed.

The connective tissue between the traffic jam in Fort Lee and Hoboken’s Sandy funding is Samson. During the lane closure, Samson wrote an email that suggested Port Authority Executive Director Patrick Foye was “playing in traffic” by leaking to the press and then condemning the actions of Christie’s appointees.

The typically accessible and loquacious governor has gone silent on the more serious charge of his administration using Sandy relief money as a political slush fund. All of these allegations, from intentional traffic disruption and the curious criteria for the allocation of Sandy funds are serious and require a full public accounting.

There are two investigations under way, one by the United States Attorney and the other, a bipartisan joint committee of the New Jersey Legislature that convened yesterday, February 10, 2014 and is co-chaired by Senator Weinberg. (Kelly has been subpeonaed by this body and has indicated through her attorney that she will plead the fifth).

But I submit, the damage is already done. The victims are those who suffered the impact of Sandy and still waiting for assistance are those who are vulnerable to future super storms.

It took Congress over two months to approve federal Sandy relief funding. Recent press accounts about the conduct and priorities of the Christie administration are confirming every Boardwalk Empire and Sopranos-born negative stereotype of New Jersey. How eager will Congress be to send assistance when the next natural disaster befalls the Garden State?

Breaking News: The Joint Committee of the New Jersey Legislature issued 18 new subpoenas yesterday to officials in the Christie administration.