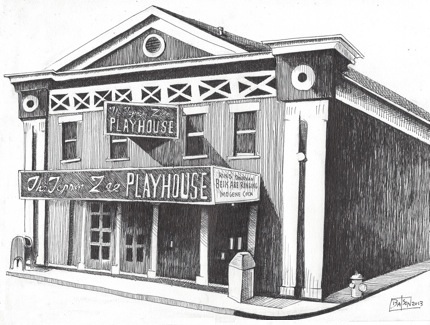 The parcel at the corner of Church Street and South Broadway has a development cycle similar to the cicada. The 17-year siesta of those insects who returned to Nyack last spring is actually shorter than the period of hibernation between transitions at this once famous facade. Occupants and sometimes buildings would come and go with two or three decades-long lulls before the next incarnation. Now, that pattern appears to have been broken. The ground that supported theaters named Broadway, Tappan Zee Playhouse and Helen Hayes and a market named Chef’s just four years ago, is coming alive again, when The Market at the Playhouse soon opens.

Jan Degenshein, an award-winning local architect and planner, who met with the current developer, describes the project as “a grocery store that will also offer a variety of take-out experiences including a raw bar, a tapas bar, a coffee bar and a pizza oven.” 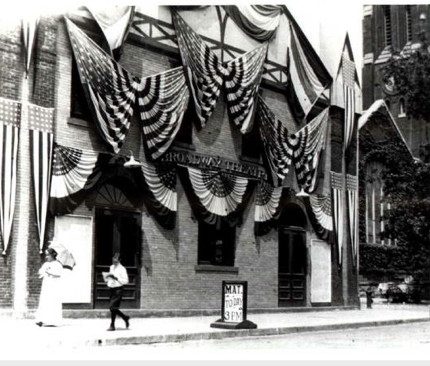 This new market joins a sundry list of commercial ventures going back two centuries that have called this plot home. The land was first developed by Aaron L. Christie as a carriage factory in 1835. It later became a blacksmith’s shop and stable and then a grocery, butcher and candy store.

James Kilby was the first in a line of impresarios to bring theater to Broadway in Nyack. In 1907, Kilby razed the building with the intent to build a performance space. The time period between the demolition and construction was so long however, that the excavated foundation became known as Kilby’s Folly. 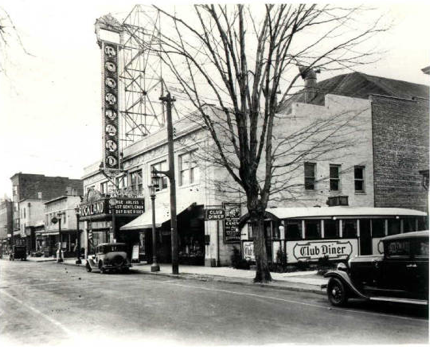 The project finally came to fruition in 1911 when prominent jurist Arthur S. Tompkins signed on as a partner. The Broadway Theater became a stage for vaudeville and photoplays – the silent films of the time- with a sound track supplied by a full orchestra. They enjoyed packed houses until competition from The Rockland Theater on North Broadway and the depression ended their run.

The next period of dormancy was from 1931 until 1957, about a decade longer than the cicada’s nap. But this time, the theater that Bruce Becker and Honey Waldman roused from its slumber as the Tappan Zee Playhouse was an instant hit.

Degenshein’s association with this location began during this golden era. “I came here with my father in 1957 and saw Bells are Ringing starring Imogene Coca and King Donovan.” 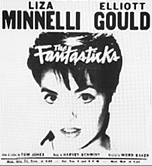 The Tappan Zee Playhouse was a major stop in the summer stock circuit, drawing the greatest performing artists in the world to take the stage and  occasionally, fill the plush velvet seats. In 1964, Degenshein saw Eliot Gould and a young ingénue, Liza Minnelli in the Fantasticks. “That would be the stuff of legends right there,” he recalled, “but in the box next to me  I saw Gould’s new bride, Barbara Streisand.”

A fire in 1976 darkened the stage and led to the next interregnum. A succession of initiatives from residents and village government were undertaken to keep the Tappan Zee Playhouse a functioning theater. Toward that end, the building was placed on the national register of historic places (it was subsequently de-registered) and purchased by the village to prevent the building from being developed by a party not interested in the historic and cultural significance of the property. 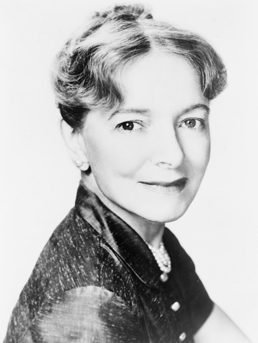 The playhouse was renamed for Helen Hayes, the beloved Nyack resident known as the First Lady of the American Theater, as an attempt to rally support. Momentum did not shift, controversies ensued and the Hayes name and dreams for preserving the legacy of the playhouse were redirected to the Nyack Cinema on Main Street. Those hopes and the next iteration of the venue, called Riverspace, were literally and figuratively drowned by flood waters and bogged down by subsequent legal entanglements.

But the structure that has supplied Nyack with carriages, meat, candy, burlesque, silent movies and a steady stream of celebrities would rise again, cicada like.

In 1999, Art Gunther, an editor at the Journal News, published a column suggesting that the façade should be preserved to memorialize the historic nature of the site, even if the curtain had closed on live theater at the Tappan Zee Playhouse. Local architect R. Todd Campbell was so inspired by Gunther’s editorial that he captured that vision in an architectural rendering.

A party emerged in 2003 willing to incorporate the adaptive re-use criteria that the village Board required to redevelop the Tappan Zee Playhouse site. By covenant, the project needed to be mixed-use, combining a grocery store and affordable housing. 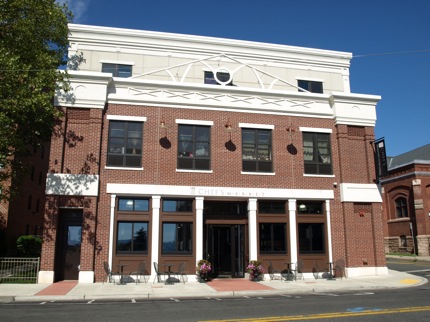 Degenshein, who played the role of an audience member in 1957 was now cast as the architect to reinvent the playhouse. His proposal for what would become Chef’s Market, informed by Gunther’s prose and Campbell’s drawing, would win an American Institute of Architects Westchester/Mid-Hudson award in 2010. Sadly, statutory requirements placed on the development and the recession collapsed the financing necessary to stock the renovated market place.

The current developer of the site approached Degenshein after finding his name on the celebrated plans for Chef’s Market. Degenshein’s other recent local projects include the Nyack Hospital Cancer Center and Saint Francis of Assisi Church in West Nyack. The current plan for the former playhouse site combines a market with seating and an eclectic range of take-out options.

In the spirit of the two theaters that called this corner home, the show will go on. There is something irrepressible about this site that is experiencing the shortest interval between grand openings in the last century. So let’s welcome the newest attraction on this legendary location: Break a leg “The Market at the Playhouse!”