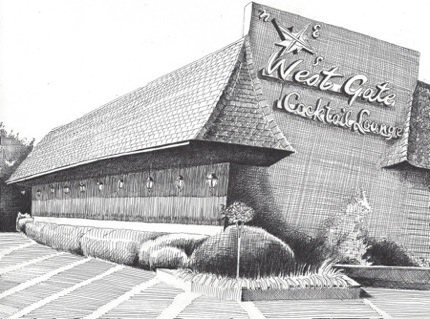 Nyack has a family-owned and operated hospitality business that will celebrate its 50th anniversary in 2015. Opened as the West Gate Motor Lodge, because of its location on the western approach to the village, three generations labor to make the complex of buildings a popular center for resting, eating and dancing. In 1989, the West Gate became a Best Western franchise, but the superlative “best” is more frequently used to describe their award winning cheesecake and the salsa party they have thrown every Saturday night for more than 30 years. 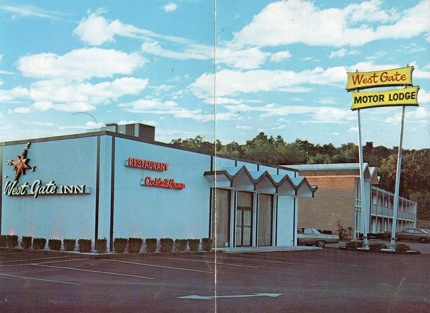 The family dynasty that has made desserts and dancing twin pillars of their motor lodge started in 1963 when Masis Parseghian bought the land known as the Nyack Ice Pond. Parseghian, a homebuilder, selected the land because of its proximity to a major highway and oversaw the construction of the original building and several expansions. American car culture fueled a demand for roadside motels to meet the basic needs of the traveling public, but in 1969, West Gate became more than a stopover. It was a destination. 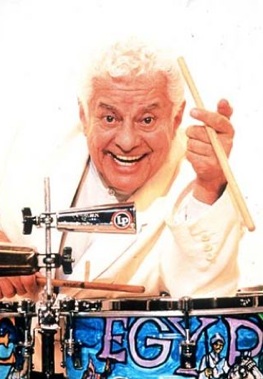 In that year, the West Gate Restaurant and Lounge began serving and entertaining visitors. It started as a Polynesian restaurant and piano bar. In the early 1970’s, it was called the Boom Boom Room. The club was located on the New York State Thruway, equidistant between Theater-Go-Rounds in Westchester and Rockland counties. Many of the A-list celebrities that played these massive venues used the Boom Boom Room as their after-hour hangout.

According to Sales Manager and Parseghian’s daughter Lisa Dosch, Steve and Eydie Gorme, Marlo Thomas, Steve Allen, and Ernie Kovacs would arrive after their local gigs had ended. “ Stars like Sonny Bono would show up in their chauffeur-driven limos” Parseghian recalled. “There were long lines for our lounge seven nights a week,” she continued.

After a renovation in 1981, the elder Parseghian invited his friend and Rockland County resident Tito Puente to perform. The sold out appearance launched a major Latin music nightspot. For fifteen years, Puente performed several times a year. For the last 30 years, West Gate Lounge has been one of the most important night clubs for Salsa dancers and musicians in the tri-state area.

Lisa Dosch’s award-winning cheesecake is available at the West Gate Restaurant during their normal hours of operation.

West Gate Lounge is open on Friday for Disco dancing and Saturday for Salsa.

Doors open on Saturday at 8pm starting with Salsa dance lessons for both beginners and advanced.  The lessons are followed by the house DJ and a Salsa band.

For info. about accommodations, meetings or events contact the Best Western Nyack on Hudson

On any given Saturday night, Grace and John DePaola of New Jersey leave their home for the almost one hour ride to the West Gate Lounge. Their date night tradition goes back for more than a decade. “As a lady, I like to dress up and go out. The clientele at West Gate is extremely diverse and up-scale. Everything about the club is professional and we love the music, which is usually performed by a ten or twelve piece band.”

Lisa describes several couples that fly in from Canada for a weekend getaway built around the dance club. The international talent featured at the West Gate Lounge might explain the international patrons. The greatest names in Salsa music have taken the West Gate stage including, Eddie Palmerie, Johnny Pacheco, Jose Alberto, Eddie Torres, Tony Vega, and Eddie Santiago. 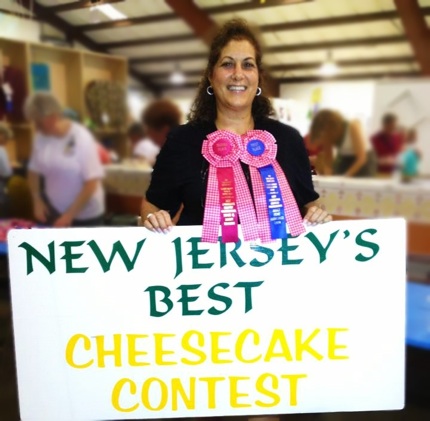 The dance floor is not Best Western’s only recent claim to fame. Lisa Dosch’s cheesecake has won 1st place in the New Jersey State Fair for two years in a row. Lisa learned her way around the kitchen from her mother and grandmother, but it was a customer’s request for a new dessert menu item that led to her baking and serving her first cheesecake.

Lisa served her first guest at age 12 as a waitress at the hotel’s coffee shop. She remembers her siblings and cousins painting the entire exterior of the motor lodge in the 70s. All four of Masis Parseghian’s children now work side-by-side at West Gate. Her older brother, Gregory is the General Manager; her brother Jimmy is the Food and Beverage Manager; and her sister Donna Maccaro manages the front desk operations. The hotel’s founding father, who is 85, arrives at work almost daily at an establishment that now boasts 80 rooms, meeting spaces and a banquet hall in addition to the popular lounge and restaurant.  “It feels like we are entertaining our guests from our home,” says Lisa. “When you visit, it’s our family meeting your family.” 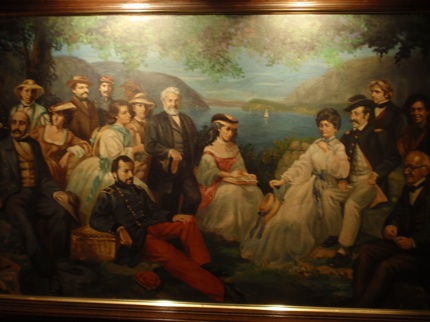 A portrait of the Parseghians is painted on one of the wood-paneled walls of the West Gate Lounge. The artist portrayed the family in the period dress of the mid-19th century Hudson River School. The patriarch sits to the right, embellished with handle bar mustache and bowler hat.

The oil painting is a fitting tribute for a family that has preserved the historic Hudson Valley tradition of inn keeping. With homemade desserts and a dance floor that are always in demand, keeping the half-century-year-old hotel relevant, West Gate has become more than a roadside lounge. It is a regional landmark.