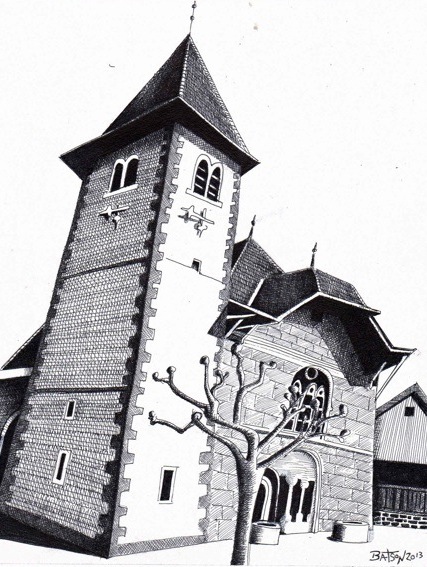 I was born in the interval between the March on Washington on August 28, 1963, where Martin Luther King Jr. gave his “I Have A Dream” speech, and the bombing of the 16th St. Baptist Church in Birmingham, Alabama on September 15, where four little girls lost their lives. America was at a perilous crossroads. These two months were a time of great uncertainty for our nation: would we embrace Dr. King’s enlightened vision of interracial cooperation, or descend into the anarchy of violence motivated by racial animus?

Clearly, the ideals advanced in King’s legendary speech prevailed. Now, 50 years later, on the minute of the hour when the phrase, “let freedom ring” was uttered in that speech, The Martin Luther King Jr. Center for Nonviolent Social Change invites communities around the globe to chime in. In Nyack, on August 28 at 3p, Grace Church and the Nyack Center will toll their bells to acknowledge the anniversary. If you want to participate as well, here’s how you can help let freedom ring. 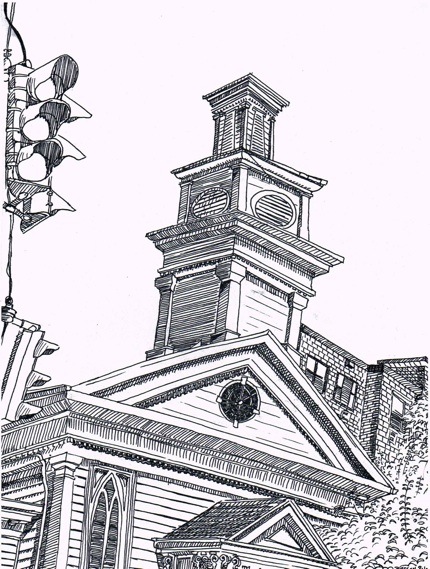 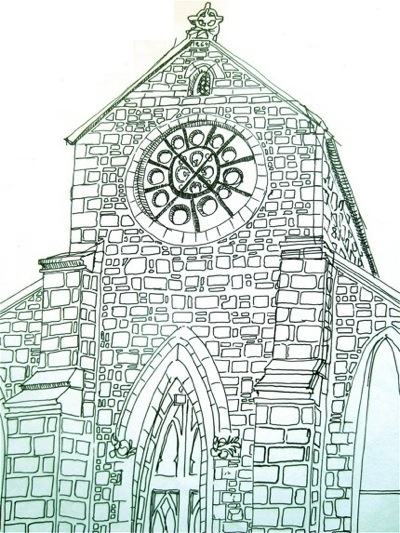 The King Center is encouraging communities to toll their largest bells and create other activities to commemorate the speech and honor the memory and sacrifice of the slain civil rights leader.  You can hear the Grace Church bells chime daily at every quarter hour, but on the 28th, the bells ring for Dr. King. The Nyack Center bell hardly ever sounds. On the 28th at 3p, the  ceremonial chiming on South Broadway and Depew Avenue is in memory of the man who used oratory and nonviolent organizing to change the world.

It is hard to fully comprehend the impact that Martin Luther King Jr.’s words and actions have had on our nation and our world. Before the speech, King had made headlines as the lead organizer in the Bus Boycott in Montgomery, Alabama, but he was hardly a household name. After the speech, King was a global public figure who used his renown to challenge a nation to end centuries of institutionalized racial discrimination. In October 1964, King was awarded the Nobel Peace Prize.

Groups are planning bell-ringing events in places as diverse as Concord, New Hampshire, Allentown PA, Lutry Switzerland and Tokyo Japan. Governors of the 50 states have been asked to support the bell-ringing, and many have already responded enthusiastically, with more expected to join the effort.  The King Center is requesting that all groups planning programs submit a brief description of their 50th anniversary ‘Let Freedom Ring’ bell-ringing event to website@thekingcenter.org. For more information contact the 50th Anniversary Coalition.

On April 4, 1968, Dr. King became a martyr for the philosophy of nonviolent direct action when he was assassinated in Memphis, Tennessee. Cities across America were engulfed in flames ignited by rioters who were enraged by his death. But in the ensuing years, because of King’s cultural and legislative legacy, the uncontrolled wildfire of pre-civil rights movement racism has been slowly extinguished.

With the stroke of a pen in 1983, Ronald Reagan made Martin Luther King the only American not elected President to have a federal holiday, which is observed on his birthday, January 15. King’s oration had in fact elevated him to a level on par with our nation’s greatest historic figures. When you think of the most memorable phrases in American oratory, King’s “I have a dream” compares with Abraham Lincoln’s “Four score and seven years ago,” Franklin Delano Roosevelt’s “The only thing we have to fear is fear itself,” and John F. Kennedy’s “Ask not what your country can do for you, ask what you can do for your country.”

A church in Lutry, Switzerland, included as this week’s sketch, will chime its bells in King’s honor on  August 28. This example of King’s continued global relevance was accomplished by my friends Nadine Hack and Jerry Dunfey, who were both active in the civil rights movement. Both Nadine and Jerry have an enduring connection to the King family. Right after Dr. King’s assassination, the Dunfey family gave Coretta Scott King the comfort of an isolated place to grieve, poetically, in a valley of the prodigious hilltops of New Hampshire mentioned in the Dream speech. To this day, Jerry and Nadine contribute their organizational expertise to the King Center and Kings’ surviving children. 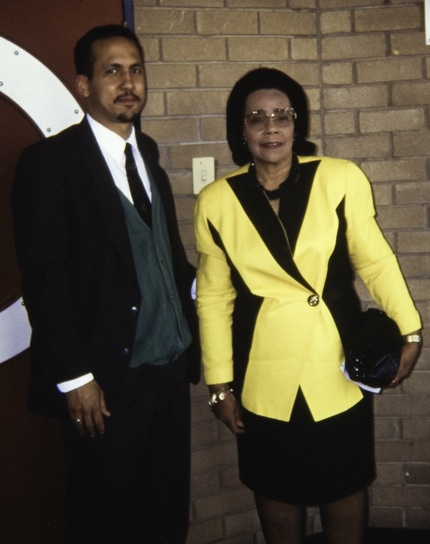 I had the privilege of meeting Coretta Scott King in South Africa in 1994 when I travelled to Nelson Mandela’s inauguration with Nadine and Jerry. Coretta Scott King heroically continued her husband’s work until her death in 2006. Her daughter Bernice A. King now leads the King Center.

The opportunity to reflect on King’s views on nonviolent social change that his holiday affords us is always timely. When the nation is recovering from a senseless tragedy like the Newtown massacre, or trying to reunify after a divisive event like the Trayvon Martin shooting, the wisdom and utility of the King holiday is reaffirmed. The convergence of the most recent observation of King Day with the second inauguration of our country’s first African American president was the greatest proof that King’s American dream is enduring.

In a sermon a few months before his death, Dr. King said  “If you want to say that I was a drum major, say that I was a drum major for justice.“ Each year as we revisit his legacy through the observance of his holiday, King becomes our nation’s metronome, helping us keep a righteous rhythm. And each time we broadcast the ringing cadence of his “I Have A Dream” speech, we strike a tuning fork that can help us keep our moral pitch.

An excerpt from  “I Have A Dream”

I have a dream today.

This is our hope. This is the faith that I will go back to the South with. With this faith we will be able to hew out of the mountain of despair a stone of hope.

With this faith we will be able to transform the jangling discords of our nation into a beautiful symphony of brotherhood.

This will be the day when all of God’s children will be able to sing with new meaning “My country ’tis of thee, sweet land of liberty, of thee I sing. Land where my father’s died, land of the Pilgrim’s pride, from every mountainside, let freedom ring!”

You can read the complete text of this speech here.