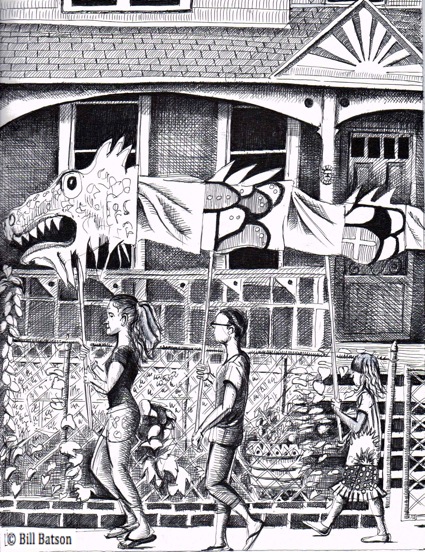 You may have seen the Amazing Grace Circus perform at a school, theater, street fair or house of worship. Many remember when they marched behind an elephant to a massive pitched tent in Memorial Park, or their contingents at every Halloween Parade. In my sketch, the pint-sized performers are mesmerizing motorists during an impromptu parade on the way back from the Nyack Farmers’ Market. With summer camp programs now on both sides of the Hudson River, Amazing Grace Circus is flying high. Here’s how they formed.

Almost everything about the history of this circus is amazing and graceful. The idea to have a youth-led circus arts and fitness program in Nyack sprang from the emotional abyss that followed the attacks of September 11th. A group of young people at Grace Episcopal Church sought a way to comprehend the enormity of the violent event and the personal loss of members of their church community, Welles Remy Crowther and Stacey Sennas McGowan.

“One day the teens took Janet and me to what was then the Skylark Dinner. They had something to tell us.”Pellegrini recalled. ‘We are teenagers, therefore we are amazing: and we are at Grace Church, that makes us the Amazing Grace Circus,” the kids declared.

Pellegrini needed some convincing at first. Having spent a year of traveling the country as a member of the Royal Lichtenstein Quarter Ring Sidewalk Circus in the early seventies, he knew the demands of the art form.  But the young people would not take no for an answer. Thanks to their persistence, and sublime and resilient response to tragedy, during the last ten years over 100 teens have been members of the troupe and approximately 30,000 young people and families have witnessed and been inspired by Amazing Grace Circus performances.

In addition to Pellegrini and Hayes, two other adults have brought their talents to help  Amazing Grace Circus performers tumble, juggle, clown and soar. Karen Gersch, a founding member of the Big Apple Circus and visual artist teaches acrobatics and clowning.  Hilary Sweeney, a ballet dancer since the age of five, who has trained with some of the leading aerial artists in the field, teaches dance, silks and trapeze.

In September, 2012, Sweeney founded Westchester Circus Arts. With Pellegrini as co-director, the program offers daily circus arts classes, summer day camp and in-school programs for the Westchester County, NY area from their location at the Community Opportunity Center in Tarrytown. 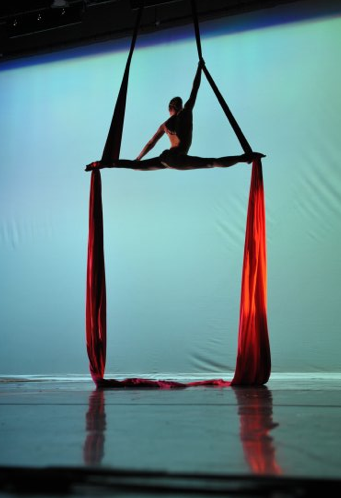 Pellegrini believes that eventually, youth circus will be as ubiquitous as youth soccer. Growing interest in three-ring recreational arts and sports could be the outgrowth of the mass appeal of Cirque Du Soleil, the Canadian-based company that stages year round performances in New York and Las Vegas. Twenty years ago there were only three youth circuses in the country; now there are 140. Pelligrini, who recently joined the board of American Youth Circus Organization, will be leading 8 troupe members and another adult chaperone to the groups bi-annual summit in Seattle, Washington in August.

The arts and fitness program that Amazing Grace Circus offers prepares young people for success in acrobatics and academics. Kenneth Lindemann, a graduate of Amazing Grace, won a coveted spot in the Seven Digits circus troupe in Montreal. Troupe members Adam Kapilow and Katherine Geber just graduated from Rockland Country Day School and will be attending Swarthmore and Oberlin colleges respectively. Both will be participating in circus programs at their schools. 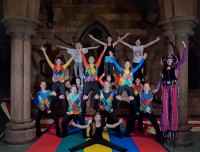 In circus custom, before a troupe toured the countryside, they were blessed by a church figure. By chance, an Episcopal Bishop was on hand before their first performance in 2002 to perform the rite. But when you consider that this phenomenal and enduring program was the brainchild of young people responding to one of the darkest moments in American history, we are all the recipient of the blessing that is Amazing Grace Circus.

Space is still available for the 2013 summer season at the Amazing Grace Circus Camp in Nyack. The program operates from Grace Chruch on North Franklin Avenue. The Little Top Circus Camp is for children aged 5-7 and runs daily from 9a-noon.  The Big Top Circus for children 7 to 14 runs daily from 9a -4p. There are six two week session between June 24 and August 2. For more information visit Amazing Grace Circus.

Portions of this column were original published October 22, 2012