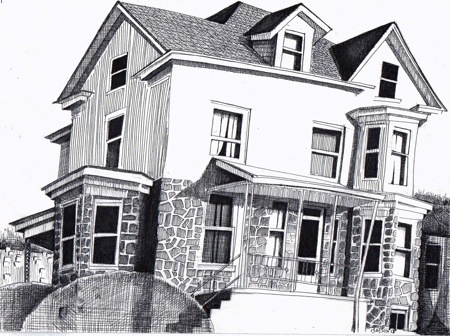 According to former Oak Hill caretaker Luke Conroy, “cemeteries are for the living.” Seated in the first floor office of this house, where he oversaw these hallowed grounds and met with family members, Conroy found his true vocation. “I realized that I was there to help families work through their grief to seek wholeness,” says Conroy who followed a spiritual path that took him from Oak Hill to St. Ann’s Church, where he is now a Deacon. 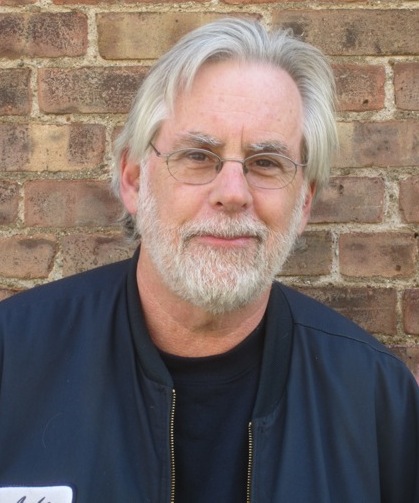 Many people know Luke from his various forms of service. There are those that met him in their darkest hour at Oak Hill during his 14-year tenure that ended in 2003. Others have taken one of the guided tours of the cemetery that he has conducted with Friends of the Nyacks.  And then there are those that Luke meets when he reads residential meters for the Water Department.

In 2001, Luke merged his passion for service and his faith when he was ordained at St. Patrick’s Cathedral as a Permanent Deacon. “In Greek, deacon means servant,” Luke said, “a servant of the word, the altar and charity.” According to Luke, Oak Hill led him to his calling.

Luke moved to Nyack in 1988. At the time, he had a small landscaping business. When Luke learned that the caretaker’s position was available at Oak Hill, he could not apply because he was nursing a back injury. Three months later, when his condition had improved, providentially, the job was still available.

Oak Hill Cemetery
At a Glance

“I started as caretaker in the summer of 1989. I was responsible for all aspects of the business. I held down the office, paid the bills, sold graves and maintained the grounds,” said Conroy. But soon he found that his most important role was helping families cope with the enormity of loss.

After a particularly solemn funeral service, where a family had lost a child, he encountered a parent that would return to the gravesite each and every day for months. “At that moment, I realized the importance and vitality of simply saying, ‘How are you?’ And in time I would say, ‘I have a kettle on, would you like to have some tea or coffee.”

Sitting with grieving family members in his office, Conroy discovered that he was able to make a powerful connection to people at the lowest point of their lives. “As difficult as the origin of those relationships was, it was wonderful to be able to help people work to put their lives back together. I learned that the cemetery needs to be a place of healing.”

Luke left Oak Hill in 2003 to join the Nyack Water Department. But he would soon return to the cemetery in a different capacity. When he and his wife, Nancy and daughter, Anya joined St. Ann’s in the 1990s, Luke’s’ active participation as a layperson caught the attention of then Parish Priest Father Henry. There was is an ideal role for a person with Luke’s dedication to serve others in the Catholic Church called the Ministry of the Deacon. 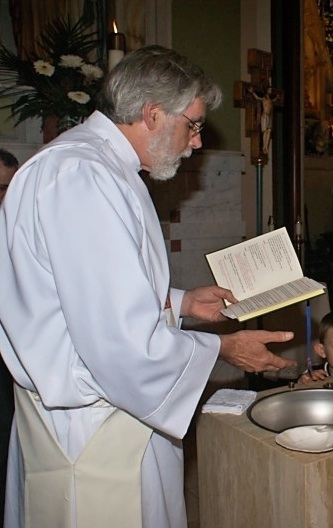 And unlike Priests and Bishops, Deacons can be married at the time of their ordination, but cannot remarry if widowed.

In 1997, Luke entered the seminary at St. Joseph’s and in 2001 he was ordained by Cardinal Egan. As a Deacon, Luke prepares the altar and gives the gospel reading. He can also perform baptisms, weddings and funeral rites.

One morning, 14 years after he walked the grounds as caretaker, Luke conducted his first funeral service at Oak Hill. Although he says it didn’t feel any different, his responsibilities were expanded. Before he left his caretaker position, Conroy lightened the load of the living. Now that he is ordained, he is able to provide travelers’ aid to departing souls. “When I worked here, I felt like Oak Hill was my parish,” said Luke.  And now it is.

This Sunday, May 5, The Friends of the Nyacks will conduct a walking tour of Oak Hill. The tour meets at the cemetery entrance gate on Route 9W behind Nyack Hospital at 2p. A donation of $5 per person is payable at the start of the tour.

Bill Batson is an activist, artist and writer who lives and sketches in Nyack, NY. Nyack Sketch Log: ” Oak Hill Cemetery According To Luke” ©: 2013 Bill Batson.