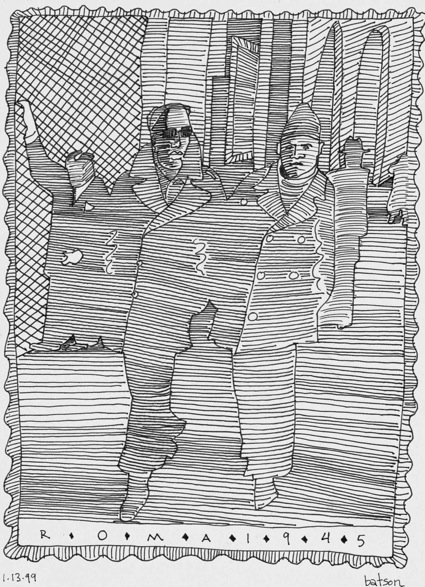 Even though our recent hurricane destroyed his houseboat at the Nyack Marina, Sandy is not the storm that preoccupies Jerry Donnellan. As the director of Rock Vets (County of Rockland Veterans Service Agency), Donnellan is focused on a perfect storm that is bearing down on the men and women who have worn the uniform. Returning Iraq and Afghanistan soldiers are joining a line for Department of Veteran Affairs services that includes, Vietnam, Korean and World War II vets, like my father, depicted here in Rome in 1945. According to Donnellan, this convergence represents the greatest demand on veterans’ benefits since the end of WWII. When there is a crisis, this Vietnam Vet, who sustained three injuries in the same battle and lost the lower portion of his leg, thinks about everybody but himself.

For the last 25 years, Donnellan has led local government’s efforts to support veterans. Holding this post in Rockland County is a unique privilege. From 1942 until 1946, 1.3 million soldiers passed through Orangeburg’s Camp Shanks on their way to their deployments. Known as the “Last Stop U.S.A,” Camp Shanks was the embarkation point for 75% of the troops that fought on D-Day.

Donnellan is also the president of New York Vets, the non-profit entity that raises the money to operate the Camp Shanks Museum. Always eager to deflect praise, Donnellan won’t accept the title of museum curator.  “You can call me the aesthetic custodian,” he modestly concedes.

He is less demur about the accomplishment that Camp Shanks symbolizes. ‘€œWe were a different country before Camp Shanks was built. In the early months of  World War II, we were losing. We were coming out of the Depression. We were the 15th or 16thranked military power. The Army Corp of Engineers arrived in September 1942 and by January 1943 they put up 2500 buildings. You can’t build a deck in three months nowadays.” Donnellan declares, suggesting that this explosion of ingenuity and effort led to our victory in the World War. 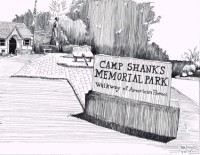 Donnellan marvels at how Camp Shanks “rose from the mist like an American Brigadoon, and then disappeared.”  In 1946, Camp Shanks was converted into Shanks Village, a transitional housing facility for returning vets. With typical humor, Donnellan reflected on the irony that the soldiers who followed General Dwight D. Eisenhower into battle, found his leadership difficult to escape. Many of the returning vets who stayed in Shanks Village attended Columbia University on the G.I. Bill, where General Eisenhower was installed as President in 1948. “They must have thought Ike was following them,” Donnellan said.

Donnellan describes the origins of his military career in the most self-effacing terms. ‘€œI was Rockland County’s least successful draft dodger. When I got out of high school in 1964, we had advisers in Vietnam, but we were not at war. I wasn’t anti-war. I just didn’t want to get up early and roll around in the dirt. The alternative was to go to college, where there were girls, music and beer. Unfortunately, I ran out of college before they ran out of war.” He was drafted in 1968 and injured near the North Vietnam border a year later. He received three Purple Hearts for his conduct.

After the war, Donnellan returned to Rockland County working as a stage manager for venues like Rockland Community College, Theater-Go-Round in Nanuet and the Westchester Premier Theater. One night in Westchester in 1976, Donnellan was drafted again, this time by Frank Sinatra. Sinatra’s road manager Bob Keirnan had to rush back to Las Vegas to help Ann-Margret stage her act, leaving Donnellan to call the show. Jerry spent the next 11 years as Sinatra’s road manager. 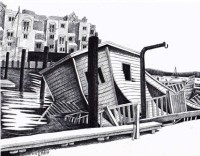 The houseboat that sank into the Hudson on October 29 was not Donnellan’s primary residence. Donnellan and his wife Mari Ellyn live in Valley Cottage. When Nyack Mayor Jen White called to mourn the loss of the houseboat, an iconic river village landmark, Donnellan suggested that the ruins be recycled. “If we stick a pair of fake legs with stockings and ruby red shoes underneath the remains and stick it on a flatbed, we can enter it as a Wizard of Oz float in next year’s Halloween parade.’€ 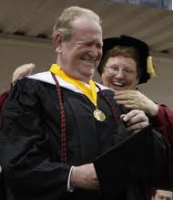 When Donnellan talks about himself he is all laughs, but when he talks about his fellow vets, it’s strictly business. “I want to make sure that every vet applies for the benefits that they have earned.” He is particularly concerned that if the Congress and the President fail to avoid the upcoming fiscal cliff, the cuts that come out of the automatic sequestration will disproportionately impact veterans. “Law makers won’t cut air craft carriers’€¦They’ll cut grunts,” Donnellan warns.

Just as sure as there are super storms on the horizon, there will be armed conflicts in our future. We would be fortunate if one in every thousand who answer the call of duty have half the humor and humility of Jerry Donnellan. That would make the future of our country and our communities, no matter what comes, more secure.