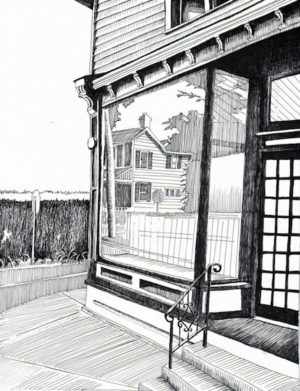 Upper Nyack’s School Street has enough history to supply its own syllabus. The row houses that line the block were built to accommodate the families of 19th century boat yard workers when Nyack was a regional center for ship building. If the corner store where the street meets North Broadway is strangely familiar, it’s because the address was immortalized by Edward Hopper. The school house that gave the street its name is gone, but the sound of the bell that rang from its tower to summon students to class still lingers in memory.

“The bell rang twice,” remembers Winston Perry, president of the Historical Society of the Nyacks who attended the Upper Nyack Elementary School from 1938 – 1945. “The first bell rang at 8:30am. I lived two houses away, so I could be in my seat by the second bell that rang at 8:45am.” 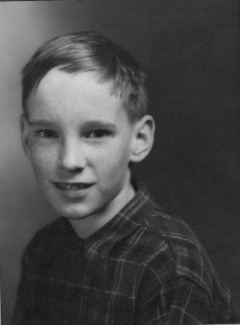 The school was built in 1885 and added to in 1928. Perry remembers the structure containing seven or eight rooms that accommodated eight grades plus a kindergarten.  “It had a closet for a library and no gym,” Perry recalled. “The auditorium was formed by opening partitions that separated three classrooms, one of which contained a stage.”

The School Street School became obsolete when the current Upper Nyack Elementary School was built further down North Broadway in 1955.  Increasing enrollment and evolving New York State standards for school construction compelled the erection of a new structure. In the early 1960s, the old Upper Nyack elementary building was destroyed by fire.  School Street was then extended to the south to connect with Highmount Avenue by converting the school yard into pavement. 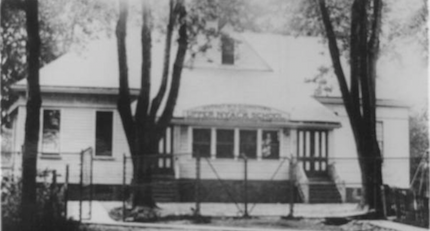 The row houses, a corner store on North Broadway and a large brown Victorian house on the other corner that survived after School Street lost its school were all built by James P. Voris in about 1885.  Voris owned the boatyard that is now known as Petersen’s from 1874 to 1902. Perry described the launching of large sailing vessels and steam boats as community-wide events where awestruck onlookers would gather. “Everyone would turn out to witness the boats launched on marine railway tracks. They would remove the chocks and let it roll. It always made a big splash.” 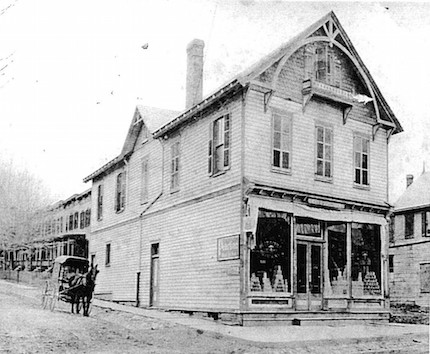 Ideally priced and situated for boat yard workers, the row houses were  and may have been built by the men who inhabited them. Each of the attached houses was constructed in the bracketed Italianate style and built in the mid 1880s. The 2007 Historical Society house tour guide featured one of those houses.

“…unusual cedar beams and evidence of the original pot-bellied stoves. Ceiling grates still in place pulled heat upstairs.  There were no brick walls separating the houses, only the same wood stud and plaster partitions as were used between rooms, so loud noise travels from house to house to house. The attics are continuous above all the houses,  making them essentially just one long building.” 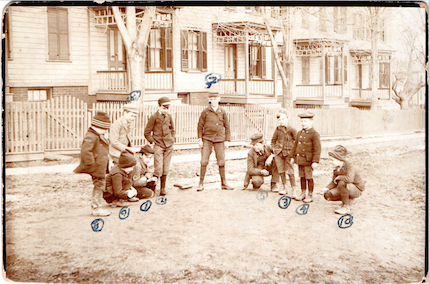 The corner store built by Voris must have been viewed as another convenience by his workers. It was also a way for the industrialist to “get back the money on Saturday that he paid his workers on Friday,” Perry suggested.

This photo of children playing marbles on School Street was taken by George Lyeth in 1898, who had acquired the row houses and corner store. Around this time, Win’s grandfather, Harry Perry rented the store from Lyeth. Harry Perry displayed merchandise on two floors, sold household goods, groceries and meats and assumed the duties of postmaster of Upper Nyack from a cubby hole on the counter. 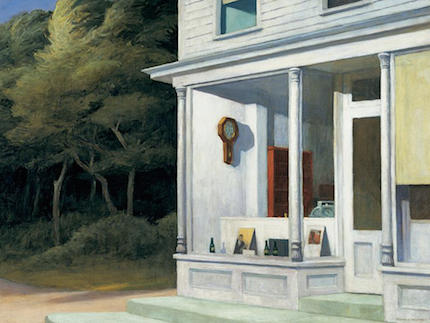 According to Win, his grandfather rented stores on three different corners in Upper Nyack at different times and went bankrupt in each when he could not collect debts from seasonal customers who failed to pay their bills before returning to New York City.

Later the store built by Voris, owned by Lyeth and operated by Perry was used as the inspiration for Edward Hopper’s 1948 painting Seven A.M. The angle that the artist selected does not permit the viewer to see the row houses, or the Victorian, tucked around the corner.

I visited the corner of North Broadway and School Street at the exact time that the title of the painting commemorates. At that hour of the day, the color of the light is the main character. The simple plot of a rising sun illuminating the natural and man-made landscape is sufficient to engage the viewer in Hopper’s masterpiece.

When I arrived at the appointed hour of 7am, I imagined the storefront when it had a public function, serving generations of workers and families. The facade is well maintained, but no longer accessible. With no commercial signage or product displays, the picture window looks purely ornamental. Reflected in the pristine glass storefront is the mirror image of a house, the home of that so-punctual student of the long-absent schoolhouse, and the grandson of the one-time postmaster, Win Perry.

Special thanks to Brian Jennings and Myra Starr.