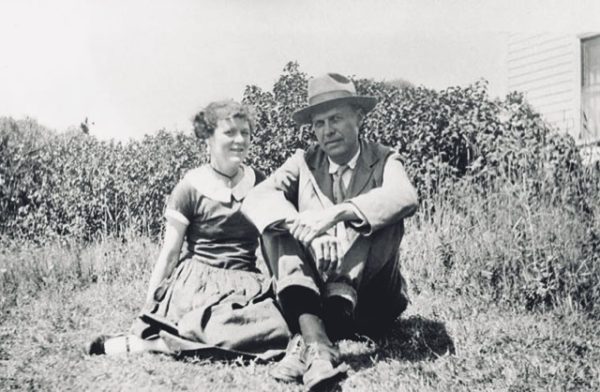 Edward Hopper was not the first artist who saw in Jo a muse.

In 1900, Jo began her artistic studies at the Normal College (now Hunter College) before attending 1905 the New York School of Art (now Parsons School of Design) where she apprenticed under Robert Henri, posing for The Art Student (1906; Milwaukee Art Museum). In 1907, Jo was invited to travel to Holland with Robert Henri where she undertook his landscape and portrait courses.

While in Europe, Jo also visited Italy and France, likely forming impressions of the expanse of the art world and approaches to technique that would stay with her for life. It’s unclear, or perhaps unasked, who Jo’s muse was during this period—was it her female friends who she often painted in watercolor? The land? Nonhuman formations like trees that often fill her frame? Or is “the muse” a state of mind achieved when one finds artistic flow and so requires a series of conditions to be met: a moment to focus, an object or subject to explore, the time for revision and refinement until a sense of release or discovery is achieved in the work?

In the origins of the concept of a muse, which has roots across diverse cultural traditions, there are also a great deal of warning tales on “crossing the muse,” or believing one is more powerful or talented than them, or simply not honoring the stages of an artistic process.

In Greek mythology, what’s most commonly referenced are the nine muses: Calliope, Clio, Erato, Euterpe, Melpomene, Polyhymnia, Thalia, Terpsichore, and Urania, each of whom are attached to a respective artistic discipline from dance to history to comedy to music. Poets and artists would, and continue to, pray and worship the muses for inspiration and for their medium to channel them.

In these mythologies, when a muse was challenged or asked to prove their powers against a mortal, not only did the muse “win,” but the tale often reaffirmed that a muse was not to be owned, controlled, or manipulated, but simply expressed and created with. Challengers of the muse often lost a form of their own sensory life, like their hearing, or were simply turned into magpies.

But what then is a muse? A metaphor? A God?

“When I’m writing, I write. And then it’s as if the muse is convinced that I’m serious and says, ‘Okay. Okay. I’ll come,’” Maya Angelou shared of her writing process. She wrote that much of being inspired or creating was in showing up, in the commitment.

Beyond the mythology or spiritual questions, what is asked by showing Jo Nivison Hopper’s work today within the context of a two-artist marriage? When Jo stepped into her role as Edward’s wife and manager, investing her self in his career, was this a form of assertion at a time where opportunities for women in the art world were limited? What dynamic is established when one becomes the muse for another? Is the muse something that takes human form or is it an energy summoned from close study? Would Edward have created the canon he did without Jo?

On November 14th, the Edward Hopper House Museum & Study Center will travel locally to Tappan, NY to explore potent questions on how artist couples may influence one another yet still forge their own distinct artistic disciplines and careers, among other ideas, with world renowned artists Liliane Tomasko and Sean Scully who share in a contemporary artist union.

Tickets for “The Artists Couple: Studio Talk & Visit with Liliane Tomasko and Sean Scully” (November 14, 2021 at 3pm) are available to join these preeminent artists as they open the doors of their studios as husband and wife to share how they navigate their individual terrains of creating, of maintaining their distinct artistic disciplines and careers while living life together. They are also offering an opportunity to explore their grounds which is both a nature refuge and a home to seven major outdoor sculptures by Scully.