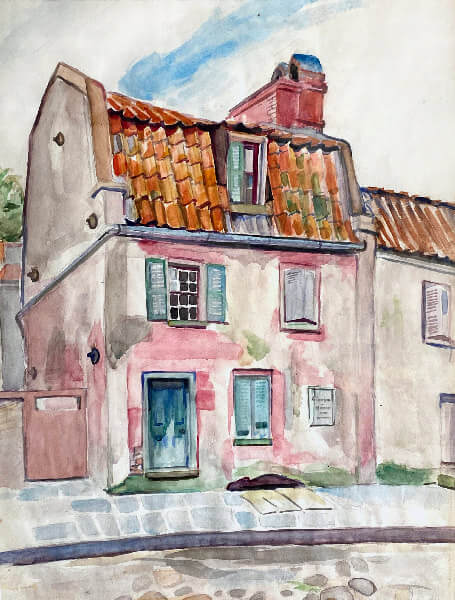 For most of my 20s, my computer background was Edward Hopper’s “Morning Sun” (1952). The painting reminded me of home when I was away. I also identified closely with the solitude the woman seemed to be experiencing, and the way she looked out on the world, drawing her own conclusions about herself and her place in it despite being the subject of another’s frame.

This lone woman is revisited by Hopper nearly ten years later in 1961 with his piece “A Woman in the Sun.” The woman now seems older, fully nude, and stands with a renewed attention in a more muted light, one closer to the end of day than beginning. Time is passing.

Art historians know now that both of these models were Jo Nivison, Edward’s lifelong partner and painting companion, but most significantly an artist in her own right. Jo continued to create in the margins of her marriage to Edward, often painting the same landscapes and scenes as him with a lighter color palette and more surreal compositions. 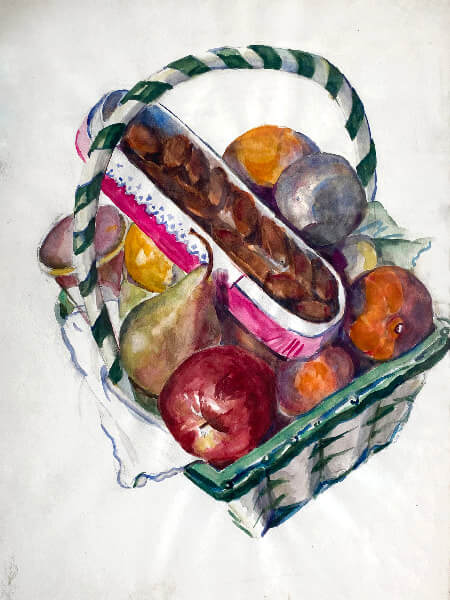 A new show at the Edward Hopper House Museum & Study Center, which opens Saturday with a press preview from 5-7p, examines Jo Nivison on her own terms. From early cartoons in socialist magazines to avant garde and feminist theatre and into her life merging with Edward’s, Jo’s themes become clear. She was drawn towards nature, subtle subversions, and imbued her scenes with an almost anthropomorphic characterization of trees and flowers. There’s a lovely, fantastical use of color when she painted houses and landscapes.

Many of the settings and compositions shared between Jo’s frame and Edward’s look almost indistinguishable, showing just how transformative the individual artist’s eye is when composing. The show offers connections between objects, like a cornocipia, from Jo’s body of work that later appear in Edward’s paintings, perhaps as small odes or nods to each other. We see the reverse too—the stove Jo famously burned herself on when posing for Edward makes its own appearance as a sole watercolor piece.

Also featured is Jo’s self portrait in which she looks at the viewer, asking, it seems, for them to look back.