Seven months have passed since customers of Suez and Nyack water utilities learned that their drinking water exceeded New York State’s Maximum Contaminant Level for perfluorooctanoic acid (PFOA) and perfluorooctanesulfonic acid (PFOS). These two extremely toxic chemicals are  part of a larger class of chemicals known as PFAS. These chemicals, which are toxic even in minuscule concentrations, are known to cause a host of serious health problems that include kidney and testicular cancer, thyroid disease, decreased fertility, decreased immune response, and decreased birth weight and skeletal birth defects. There is no known safe level of any PFAS chemical.

While it’s unclear what the source of contamination could be, the contamination is widespread in both Suez and Nyack water sources. Nyack Water serves some 15,000 people in Nyack, South Nyack, Central Nyack and parts of West Nyack, and draws water from the Hackensack River. Suez serves some  300,000 people in Rockland County and New Jersey and draws water mostly from its network of wells, reservoirs, and surface waters across the county.

Upon receiving notice that water supplies in the county exceeded state standards for those two PFAS, the Rockland Water Coalition immediately demanded a list of actions for cleanup. Unfortunately, most of those actions remain unaddressed, including a request for a detailed PFAS treatment plan.

Weary of failure to inform the public and possible insufficient action being taken to protect the community, the Coalition held a press conference on July 12 to demand immediate action from Governor Andrew M. Cuomo. They were joined by 84 organizations across Rockland County who signed an open letter to the Governor outlining steps that must be taken to mitigate the ongoing harm to the county’s residents, businesses and visitors.

The organizations signing on to the letter include Planned Parenthood Hudson Peconic, Rockland AARP, NAACP New York State Conference and local chapters, and dozens of other civic and religious organizations, as well as local schools and businesses.

Specifically, the 84 organizations are demanding:

The Coalition wants the DEC to continue an active investigation to identify the sources and to hold polluters financially accountable for the costs of clean up, along with the chemical companies that knowingly exposed all of us to these pollutants for decades. It is also asking for safe disposal of PFAS from the spent carbon filters.

“The last thing we want is for the PFAS to be dispersed by air or buried in the ground, polluting another community’s water,” said Peggy Kurtz of the Rockland Water Coalition. When incinerated, apparently they have the potential to become very powerful greenhouse gases.”

Importantly, the Coalition is calling on Governor Cuomo to sign the Emerging Contaminant Monitoring Act, passed by both the State Assembly and State Senate, which would require testing for emerging contaminants, including all detectable PFAS chemicals. Meanwhile, they’re urging Rockland residents to write to Governor Cuomo and insist that he signs this important bill.

In addition to signing this legislation, the Coalition is also calling on Gov. Cuomo and the legislature for much stricter statewide standards and to enact legislation banning PFAS chemicals in non-essential uses. Currently, only PFOA and PFOS are regulated in New York State.

Finally, the Coalition is calling for information to aid healthcare providers and free blood tests for pregnant women so that they can make better informed decisions.

“The Rockland Water Coalition and the people of Rockland call on Governor Cuomo and his administration for much stronger and more comprehensive standards at the state level and for legislation to ban PFAS in non-essential uses,” says Kurtz. “Until that happens, these chemicals will continue to contaminate the drinking water of more and more communities.” 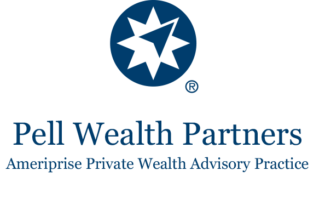