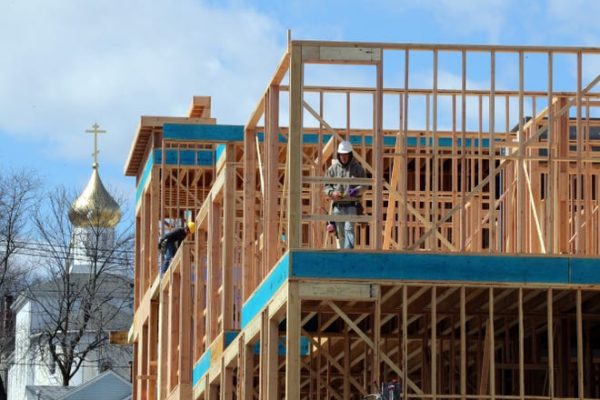 Why does Nyack have a perpetually vacant pedestrian mall in its downtown? How did Nyack’s housing projects come to be, and what is the hidden legacy of racism in Nyack’s current downtown?

Urban renewal is a process, created through federal grants and incentives, for cities across the country to clear “blighted” areas. Under the housing act of 1949, billions of dollars were made available to local governments to perform this “slum clearance.” Between 1950 and 1966, hundreds of thousands of families (disproportionately families of color) across the United States were displaced. Nyack was no exception, and the urban renewal program that took place has changed the face and demographics of the village permanently.

Nyack’s urban renewal permanently shaped the face and demographics of the downtown area. This urban renewal project had profound implications for the village’s business corridor, Black middle class, and long-term economic viability. By the late 1960s, 124 families had been displaced, and 79% of these families were Black in a village that was only 18% Black at the time. Total expenditures for the project, sourced mostly from federal funds, hit $7 million.

Currently, Nyack is 64% white and 23% African-American, and in 1950, the village was roughly 18% Black, out of a population of 5,889. At the time, Nyack was the largest incorporated village in the county. As it became Blacker (thanks to northern migration from the repressive south), Nyack also became poorer. As historian Carl Nordstrom writes in the book Nyack in Black and White, “young Black persons with low incomes were moving into housing being vacated by whites, who were, relatively speaking, prosperous.”

This led to panic on the part of Main Street merchants who anchored Nyack’s downtown. Over the course of the ‘50s, Nyack went from handling 25.7% of all retail sales in the county to 15.3%. The village had become a “pocket of poverty” in the county. A poorer clientele meant that merchants needed to rely more on shoppers from other parts of the area. And in an automobile age, suitable accommodations needed to be made for cars. Besides the diminished standing of Nyack’s business community, poverty meant that the Black neighborhoods of the village were blighted and poorly kept.

In September of 1957, a civic group was formed to push for slum clearance and urban renewal. In the words of former Town Supervisor Harold Williams (the leader of the civic group), this coalition focused on 3 goals: “cleaning up the village,” “getting rid of the slums,” and “reinstating Nyack as a shopping center.” The civic group represented a coalition of business leaders, new (white) residents concerned about property values, and some Black leaders looking for improved housing. Unlike in other places, Black voices were prominent in Nyack’s urban renewal. Urban renewal, as Nordstrom describes, offered the chance for many interests to be satisfied concurrently. Businesses could get a revitalized downtown with more parking, property values could increase, and Black residents could get access to new and improved housing.

According to Carl Nordstrom’s history of the program, Nyack’s urban renewal program was a mixed success. It resulted in the worsening of a shopping corridor that was already suffering from broader trends of declining foot traffic. Yet it also improved housing for those displaced, and featured input from prominent Black voices. It featured a coalition of leaders in the Black community, including Trustee Hezekiah Easter. Mr. Easter was the first Black elected official in Rockland County and was also a mid-ranking official in the state Department of Labor. Similarly, the village’s housing agency (tasked with administering the relocation) featured Black board members.

The 2 main projects of Nyack’s urban renewal centered around building new housing and improving the downtown shopping experience. To that end, businesses and homes on Main Street were razed to create parking and a 2-story outdoor mall. Additionally, a performing arts center known as “Riverspace” was constructed.

A few blocks away, “slums” were cleared. Included in the “slum” zones was a Black middle class neighborhood, particularly on Jackson Street. Of the housing cleared, however, more than 5 of 6 were tenant occupied, and 75% of those tenants were non-white. Due to state requirements, between 90-110 new low rent units were needed to house the displaced. This state requirement for relocation was critical to minimizing displacement, as local officials could not be trusted to find suitable housing. When asked in 1957 about plans to house the displaced, Village Trustee Herbert Swain replied “we’re not a welfare organization, and not elected to be one.”

Black community leaders took the lead in fighting for suitable replacement housing, and when a new housing unit (known as “Waldron Terrace”) was completed to much fanfare in 1965, “public pressure diminished” and Nyack’s Black leaders backed off demands for more housing. The downtown business corridor, once the scene of a lively shopping center, bore the brunt of the change. Broader trends in shopping, coupled with the construction of a poorly thought out mall and performance center, led to a “black hole” in Nyack’s downtown. As Nordstrom writes, Nyack’s businesses were “not as sensible about where their interests lay as were the village’s Black people.”

In 1949, before the urban renewal program, a proposal to clear part of Burd Street for parking was met with opposition from a local Black woman named Frances Batson. Ms. Batson, along with pastors from Nyack’s 2 Black churches, addressed the Village Board. Politely conceding that parking might be needed to attract shoppers to Nyack’s downtown, Ms. Batson described the plight of those evicted by the project. “It’s too bad that Nyack hasn’t undertaken a housing project,” she said in vocalizing the drastic need for housing. The Rev. William Taylor, alongside Ms. Batson, wondered aloud: “It’s almost impossible to get a house. I wonder where [the displaced] are going to move?”.

Urban renewal also displaced a generation of middle class Black homeowners, in favor of large projects (today known as “Nyack Plaza”). Ms. Batson’s grandson, Bill Batson, is a local artist and activist. In an interview, he described urban renewal as a negative force for many of the village’s Black residents, and disputes Nordstrom’s characterization of the project as a mixed success. Batson’s family came to Nyack and bought a home in 1883, not even 20 years after the end of the Civil War. The family homestead on Jackson Street was “taken,” through a “government sanctioned program called urban renewal.”

An entire neighborhood of residents similar to Batson’s family was lost. Displacement, particularly for these Black families, meant a need for relocation. Batson describes a credit-worthy displaced family which sought a mortgage at a local bank, only to have the banker performatively tear up the mortgage documents and say “We’ll never provide you a mortgage.”

“My grandmother predicted what would be the result of urban renewal,” Batson said, referring to this displacement. Condemnation meant that families were paid below what many considered market value for their homes. There was also the psychological trauma of losing a generational family homestead. Displacement created a “diaspora” of Black families to all parts of the county, which weakened political power for Blacks through the present day.

Such displacement is reflected in Census data; as the map shows, in 1960 Nyack was essentially the only municipality in Rockland with a sizable Black population. By 1980, Nyack maintained its Black population as a percentage of total population, but other (western) portions of the county saw immense growth in their Black population. Urban renewal in Nyack was one of many drivers of this trend.

Nordstrom’s characterization of Black elected officials as ready and eager participants in urban renewal is also questionable. “[Black officials] didn’t invent the policy, and I’m sure that they felt that was their job to stand between the bulldozer and their communities, and they’re not going to stop it because there was no stopping it,” Batson said. Black families owning homes in Nyack was remarkable in its time, given the incredible institutional hurdles it took to gain a mortgage. Urban renewal destroyed generations of wealth in Nyack. “You can’t compare public housing to homes that were owned by African-Americans, to the impersonal nature of tenement dwellings,”Batson said.

Winston Perry, a local historian and member of the Nyack Historical Society, agrees with Batson’s assessment of the program. “In retrospect, I have come to see the project as an almost inevitable one-sided conflict between business and local government people on one side, who wanted new buildings and parking facilities to try to compete with fast-growing suburbia, and upwardly-mobile lower-middle-class people, mostly African American, including first- and second-generation home owners and renters, whose neighborhood was taken,” he said. The projects that were built, for middle and lower income families, resulted in “a more stratified community, with a huge proportion of public and subsidized apartments, rampant gentrification, and reduced opportunities for both Black and white would-be homeowners without high incomes.”

Urban renewal has had a tortured history in Nyack, as evidenced by the firsthand accounts of those who were there or faced generational trauma from it. This displacement mirrored broader national trends, which saw the program force hundreds of thousands of Black families from their homes. While most of the displaced were previously tenants, the project destroyed the Black middle class’ generational wealth and displaced many families into a ruthlessly discriminatory housing market.

Adapted from project “Race, Power and Urban Renewal on the Hudson.”