Award-winning American photographer and environmental activist J. Henry Fair will give a rare studio tour on Tuesday, April 27th @ 6p (tickets: $10) where he will share and discuss his environmental photos of a world in crisis, and why he is inspired to continue his mission. Known for his “chillingly beautiful” (Audubon Magazine) environmental aerial photos, Fair has called attention to environmental and political problems in different regions of the world.

Fair is the winner of the 2019 “Environmental Photographer of the Year” and the 2012 “Earth Through A Lens” Award.  In 2020, Fair was featured as one of the 12 most influential nature and conservation photographers of our time in the newly released book- “Human Nature”. The book received critical acclaim in The New York Times, The Wall Street Journal, and The Washington Post. 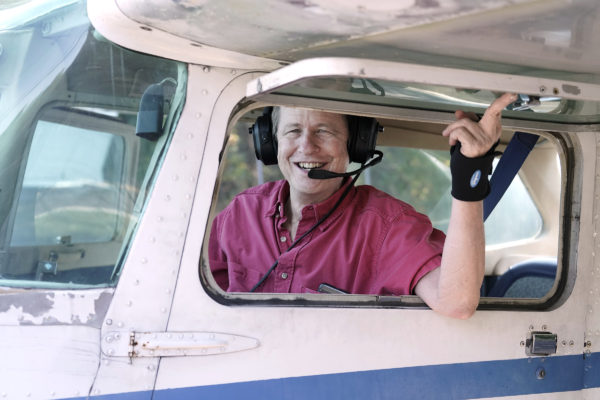 Among the 3 solo photo books Mr. Fair has published, he is best known for his Industrial Scars series, about which Roberta Smith, chief art critic of The New York Times, said: “The vivid color photographs of J Henry Fair” lead an uneasy double life as potent records of environmental pollution and as ersatz evocations of abstract painting…information and form work together, to devastating effect.”

Fair’s work is widely published: from The New York Times, National Geographic, Vanity Fair, TIME, and New York, to Die Zeit, The Guardian, Le Figaro, and Art. He has been featured on European Television networks like Arte, and TTT, and American programs like CBC, Today and Marketplace, television and radio, respectively.

Since 2011, Fair has had numerous touring exhibits in major galleries and museums across the USA, Europe, and Asia. Recent career highlights include solo exhibitions in the Natural History Museum of Berlin, The German Environment Ministry in Dessau, Umbria World Foto Festival in Italy, Xposure Photo Festival in the United Arab Emirates, Arts House in Singapore, Gerald Peters Gallery and Mass Moca, the SFO Museum in San Francisco, etc.  His selected works can be found in the permanent collection in the History Museum of Federal Republic of Germany in Bonn, Senckenberg Museum in Frankfurt, Museum of Oil in Riyadh Saudi Arabia, The Hood Museum of Art at Dartmouth College in New Hampshire, USA, to name a few.

Mr. J Henry Fair was born in Charleston, South Carolina and holds a degree in journalism from Fordham University.  He is currently based in New York City and Berlin.

To register for the Studio Tours, visit www.rocklandartcenter.org.  Important Zoom Information: Registration for all virtual events will close 5 hours before the program begins. Zoom invitations will be emailed 24 hours in advance of the program. If you don’t receive an email with an invitation code, please check your spam folder or send an email to: dflanaganrca@aol.com.