Do What You Love and the Documentary Will Follow 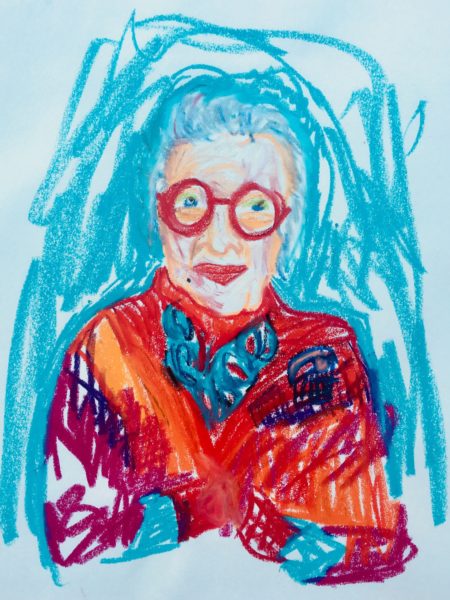 What makes a good documentary? Whether about history or film or murder, the best documentaries are informative while also being transporting. My favorite documentaries, below, spotlight people who do what they love, with an enviable passion. They’re entertaining, enlightening, and inspiring. And best of all are all available through the Nyack library!

Fast, Cheap, and Out of Control

Director Errol Morris’s documentary introduces us to four men and their unusual jobs: big cat trainer/tamer, designer of a habitat for naked mole rats, a topiary gardener, and a robot expert. We see the lion tamer in the ring and the gardener clipping the animals he fashions out of trees and bushes. For the other two, we see the results of the work: bug-like robots navigating terrain and mole rats in their underground caverns and tunnels. Those shots are intercut with interviews with the men, looking straight into the camera, at us. The men are interesting, with their enthusiasm and expertise, happy to talk about what they do. Hearing them discuss their professions, and the passion they bring to both the discussion and the work, is inspiring.

The robotics guy has large, wild, penetrating eyes, and a slight speech impediment. He’s like a young, charming Hannibal Lecter. The naked mole rat guy is a nebbish, and he wears a plaid shirt and a butterfly wing bow tie. He talks of the mating, eating, and bathroom habits of the homely buck-toothed fleshy rodents with a fascination that’s contagious. Not one of nature’s most attractive creatures, the blind, stumbling mole rats, become cuter the more he praises them. The lion tamer seems stuck in the 1950s somehow, with his dyed black hair and whip. He respects the potential killers he’s in the ring with, and for him it’s just a day at the office. The topiary man is old, seemingly too old to be climbing ladders and holding large shears. The men impart their love, knowledge… their passion for the work that occupies their days and hearts.

Morris’s documentary is a bit showy, with fast cutting or slow motion and other irritating visual effects. The interviews are padded with old circus clips and bad sci-fi movies that can feel unnecessary. But if you can get past these minor complaints, you will enjoy these oddball men who love what they do.

Side note: the music in Fast, Cheap, and Out of Control is excellent. It’s written by Caleb Sampson and it’s mostly wistful, odd, otherworldly, with side trips to circus jollity. Somehow it pulls together all the threads of the documentary.

When we meet Iris Apfel in the great Alfred “Grey Gardens” Maysles’s Iris, she is over 90 years old. She hasn’t had work done to her face. She looks like an old lady. Within moments, however, her youthful spirit, down-to-earth personality, love of fashion and jewelry shave decades off her. Fifteen minutes in, I loved and admired her tremendously. I had never heard of Iris Apfel before seeing this documentary and, although I could wear jeans and T-shirts every day, Iris—the woman and the film—made me appreciate the attraction of fashion and the power of accessories.

Iris’s style is both outside and in. She’s unembarrassed, telling of an early job at Loehmann’s. Mrs. Loehmann told her, “You’re not pretty, and you’ll never be pretty. But it doesn’t matter. You have something much better: you have style.” Iris is full of common sense, deciding not to have children because “You can’t have everything and I knew I wanted a career…” And about life and aging she says: “Anything I have two of, one of them hurts.” Unlike FCOOC, we get to see Iris’s personal life, meeting her husband of 67 years, who says adoringly, “It’s not a dull marriage, I can tell you that.” Iris wears huge, round black glasses, numerous necklaces, brooches, and sometimes seven or eight huge bracelets, whether expensive couture or finds from a novelty shop in Chinatown; they climb up her arm. This is a woman who has fun every time she gets dressed. As she says, “Dress with a little humor and you can go a long way.” She’s gone a long way, indeed, and I hope she goes on much longer. She can’t die; she’s having too much fun. 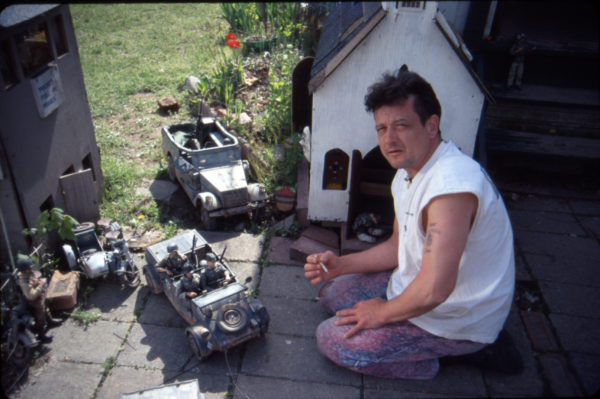 Marwencol, made in 2010 and directed by Jeff Malmberg, profiles a man named Mark Hogancamp and his passion for… I could just say that Mark plays with dolls, but it’s much more than that. Hogancamp, injured in a horrific bar attack by five men, was in a coma for nine days and in the hospital for over a month. His memory was impaired and his life irreparably changed, in ways both awful and wonderful. The latter? Mark began costuming and photographing GI Joes and Barbies and other 11.5 inch figures in (mostly) World War II attire and settings that he built.

The settings become the town of Marwencol, made up of the names Mark/Wendy/Colleen. Mark concocts stories and dialog for the dolls, many of whom represent people in his real life. His attention to detail and obvious love for the subject matter come across in the photographs he takes. He painstakingly adjusts the hands of one figure, holding a rifle, and by gosh you can see the improvement in the minute change. I wish the documentary went into more practical aspects of Hogancamp’s life, such as where does he get the money to buy all his dolls, building materials, and camera equipment. These small failings aside, there’s a lot more to the story than I’m willing to give away, and the film is remarkable. It shows how a passion for a project and the commitment to creation can save a human’s life. As the poster reads: “When his world was stolen, he made a world of his own.”

BONUS: Another excellent documentary about passion, the romantic kind, is Crazy Love. I like documentaries where, at some point, I’m shaking my head in awe or disbelief. And Crazy Love is… crazy. Let’s just say it’s a bizarre love story that began in the 1950s and goes in the most unexpected ways. If it were fiction you wouldn’t believe it.

Holly Caster knew in 9th grade she wanted to be a writer after receiving an A+ on a paper about 1930’s actress Irene Dunne. That early triumphant high hooked her, and she’s been writing ever since. She writes nonfiction (self-help articles), fiction (a novel, Cape May), and edits two continuing medical education journals. She’s proud to call Nyack “home.”