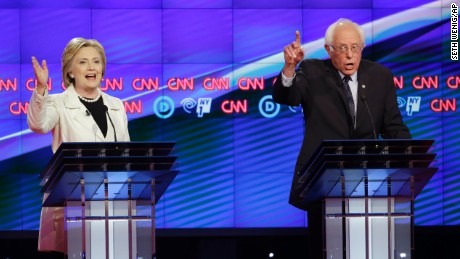 In 2007, I was watching the presidential debates and saw there were several “faith and values” debates, but none on science and reason. By the end of the election there had been about as many questions on UFOs as climate change. So I decided to start a non-profit called ScienceDebate.org that would try to get a presidential debate on science. No expectations of scientific expertise, just an examination of the candidates’ views on the issues that will most determine our future. I spoke to some friends who became co-founders.

We wrote the following call to action:

“Given the many urgent scientific and technological challenges facing America and the rest of the world, the increasing need for accurate scientific information in political decision making, and the vital role scientific innovation plays in spurring economic growth, we call for public debates in which the U.S. presidential and congressional candidates share their views on science and technology, health and medicine, and the environment.”

Within 8 weeks we had the support of almost every science institution in America, 20 Nobel prizewinners, tech giants like Elon Musk, over 100 universities and university heads, several politicians, a number of science magazines and science TV shows, some movie stars, and 50,000 individuals.

Soon we had PBS’s NOVA and NOW committed to a live televised science debate to be hosted by another partner, the Franklin Institute in Philadelphia. We invited McCain and Obama and responses were favorable. We narrowed in on a date. And then with only a couple of weeks to go, the candidates decided to go to a faith and values debate at Messiah College. The American electorate learned that both believed in God.

Suspecting that at least one of the candidates felt bad about what had happened, we developed 14 Science Questions and asked the candidates to answer in writing. Both did, laying out their science policies in detail. We published these online in conjunction with Scientific American and the largest general science organization in the world, the American Association for the Advancement of Science. With this and a massive boost from our individual and other institutional supporters, we reached between half a billion and a billion people worldwide.

For the first time in history, American voters went to the polls knowing what their candidates thought about issues like nuclear and other energy sources, science education, stem cell research, climate change, ocean and fresh water health, space exploration, scientific integrity in government, pandemic preparedness (yep), and other important science and technology issues.

In 2012, we got Obama (again) and Romney to answer another 14 Science Questions. In 2016, Clinton, Trump, Johnson, and Stein answered 18 Science Questions. As in the previous elections, there was a question on pandemic preparedness.

In the next 4 years, deregulation had harmed the environment despite warnings from the science community. Government scientists were censored or had their findings distorted. Medical evidence was ignored and cures recommended on a hunch. Explicit anti-science statements began at the start of Trump’s administration when he called climate change a “hoax” and at the end when his press secretary said, “We’re not going to let science get in the way of opening schools.”

With this in mind, and with the Covid-19 crisis raging, we crafted 20 questions but made them almost haiku-like in their simplicity so the candidates could respond in kind. For reasons that are not entirely clear to me, the candidates did not take the opportunity to explain, let alone defend their science policies, so the public went to the polls not knowing what their presidential candidates thought about many of the most important issues facing our world. We did have great success with our expanded state initiative with many local candidates across America answering local science questions as well as national and global ones.

We have made incremental progress, and I’m proud, but from the start I was aiming for something more than answered questions, whether in writing or during a debate. I wanted to have a much wider social impact.

I am always shocked when people defend a position for which there is no evidence by saying, “Well, it’s what I believe,” as if believing makes something so. This seems more prevalent and more dangerous than ever before. Insane, evidence-free delusions have become mainstream and are reported as fact. People who believe in Q-Anon absurdities now sit in congress. And the leader of the free world claimed an election was stolen and persuaded millions of people to believe it without offering any supporting evidence whatsoever.

When I started ScienceDebate.org I hoped that presidential science debates would not just convey a few science policies, but more importantly reveal to the public what science is: its methods, its rigor, its ability to determine what is true and what is not through an absolute submission to evidence.

I imagined–and still do–a live, star-studded televised debate that would also be a celebration of the scientific achievements of the previous 4 years. I wanted people to introduce the debate who’d benefited from scientific progress, perhaps someone who would be dead were it not for a new medicine or discovery. I hoped that by bringing science and politics together, the public would see how the processes of science found truths that expanded knowledge, which could then save lives. I hoped that in admiration of science and gratitude for its achievements, voters would internalize the scientific method and refuse to vote for politicians who failed to back up assertions with evidence.

I have not given up on this dream but my organization is at a crossroads. Most of ScienceDebate.org’s amazing work has been done by volunteer labor, mine included. We have never employed anyone who knows how to run a non-profit. No professional exec director, no fundraising expert, no one communicating with our donors, no one taking care on a regular basis with our Facebook page, Instagram, Twitter, etc., and no one applying for grants. Over the years we’ve raised a few hundred thousand dollars through our members, a handful of wealthy supporters, and one grant from a big tech entrepreneur.

I’m not sure what to do next. I feel we could expand and become more professional, more stable, form major partnerships, improve our board, raise a lot of money, achieve our initial goals and more. Or we could simply fold. I have a film I want to direct this coming year and my co-founders are similarly occupied and, frankly, exhausted.

A few days ago, I was looking at local demographics in the area and saw there were a large number of non-profit professionals in the Nyacks. To help me think my way through to the future, I’d love to talk to someone who actually knows how to run a non-profit organization. You don’t need to be a scientist, though some interest in science might be helpful. My email is: Matthew@MatthewChapman.us.