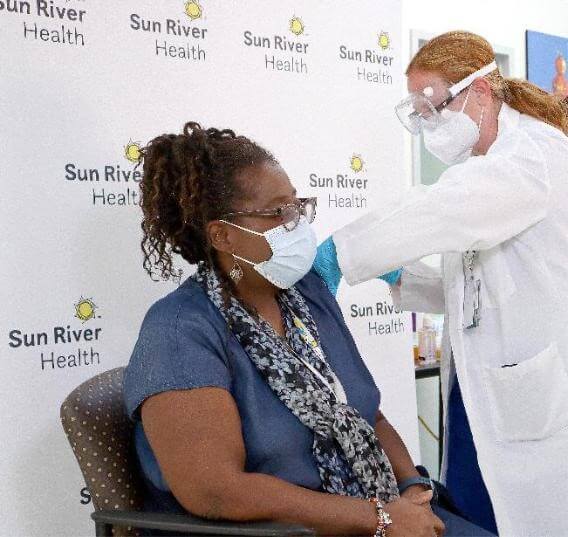 Almost twice as many women as men have received at least one dose of a COVID-19 vaccine in the United States, according to new data from the Centers for Disease Control and Prevention.

The data, published Monday, tracks vaccines administered from December 14 to January 14, and is the first snapshot of the nation’s immunization campaign. But in many ways it’s an incomplete picture: There is no data on race or ethnicity for almost half of the people so far vaccinated, and the report breaks down sex but not gender identity. Of the about 12.9 million people vaccinated, the vast majority—about 12.5 million—are identified as either “male” or “female,” and the remainder are not included in the data’s breakdown of sex data.

Still, the available numbers are striking, if unsurprising. Of the people who have received at least one of the 2 doses required for available vaccines, 63% of people vaccinated are identified as female, compared with 37% who are identified as male. The first rounds of COVID-19 vaccinations were targeted toward health-care workers and older people who live in long-term care facilities. Both groups are overwhelmingly made up of women: About 3/4 of the nation’s health-care workers are women, as are 65% of nursing home residents.

About 2/3 of the people to be first or among the first recipients of a vaccine in their state were women—a gap that experts at the time attributed to the overwhelming role women have played on the COVID-19 frontlines, and in particular in the health-care workforce.

The available data also suggests big racial gaps in who is vaccinated. Amongst people whose race and ethnicity data was collected, about 60% of the people who have gotten a vaccine listed as White. That also makes sense, the CDC analysis suggests: 60% of health-care workers and 75% of nursing home residents are white.

Experts note that the current availability of vaccines to people 65 and older in many states — regardless of health status or occupation—will disproportionately benefit white people, who, because of systemic health-care disparities, are more likely to live to an older age. Currently, efforts to expand vaccine access to older Americans means that many frontline workers, who are largely women of color, are at risk of falling to the back of the line.

With sizable holes in current data—race and ethnicity information is unavailable for 47% of vaccinated people, per the CDC report—it is difficult to fully understand what the racial breakdown of vaccinated people looks like. In a briefing Monday, members of the administration’s COVID-19 task force urged states to be diligent in collecting data that tracks race and ethnicity amongst the people who get the vaccine.

The emergence of new, more contagious variants of the coronavirus adds to the need for quickly immunizing as much of the population as possible, experts warn. A third vaccine, developed by Johnson & Johnson, could get federal emergency authorization this month. If authorized, that vaccine—which requires only one dose and is easier to produce and store—could help speed up the nation’s push toward herd immunity.

So far, almost 32 million vaccine doses have been administered, according to data compiled by Bloomberg News. About 25 million Americans have received a dose of a COVID-19 vaccine, CDC Director Rochelle Walensky said at Monday’s White House briefing.