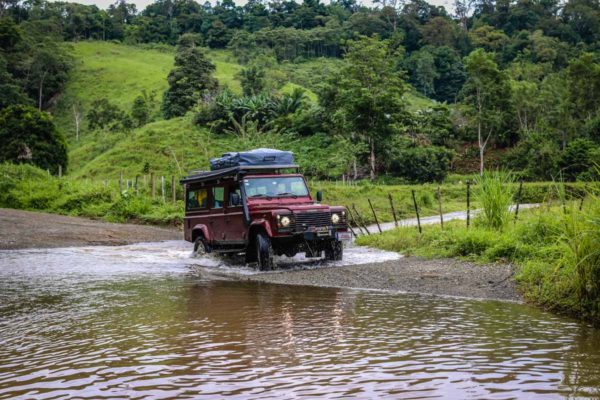 Costa Ricans speak Spanish. I don’t speak Spanish. Not even a little. Not a bit of español either. (Note: In Spanish, the names of languages are not not capitalized.)

I’d like to learn español. At least ‘travel español.’ Order a meal, shop in a store, rent a car, get a room for the night. I got a little booklet. I downloaded Duolingo (much better than Babbel, which forces you to buy a 3 month subscription up front). I was ready to jump in. After all, I was a writer, right? I’m into words. I speak  a little French. How long can it take? How hard can it be?

Well, forever and very. It’s not even that the language is so weird  or complex. It’s just that it comes at you so fast. It’s not surprising, of course. It’s just people living their lives, like everywhere else. But in the moment I keep thinking Wow. They’re all so fluent! To me it all sounds like debelolooteladoedoeldoleoesacongusto. I want them to slow down. I want the entire country to slow down to the speed of an NFL highlight reel. But it’s okay. Patience. Study. I’m getting better. I’ve been here a month now and, on a good day, maybe I can understand the waiter explaining the menu to me at a bar. If I’m looking at the menu. And the menu is in English. And he’s speaking English. Maybe.

I swapped out my SIM card and rented a car and soon left San Jose, an unremarkable city in a remarkable country. The first time I needed gas I rolled confidently up to the pump and asked for rain. Rain, por favor. You don’t pump gas yourself in Costa Rica. There are attendants, like in New Jersey. The attendant blinked. That’s odd. No one’s ever asked for that before. Are you sure? All this communicated with a slightly raised eyebrow. I frantically consulted Google translate, the one thing I have become expert at during my time in Costa Rica. Lleno. That’s what I meant. Lluvia is rain. Lleno is full. Llanguage is hell.

The Pan American highway runs south from San Jose, over a mountain range and through Rivas. That’s where I was headed, Rivas, to visit some friends. Friends of friends. I hadn’t met them yet. They were Americans who had lived in Costa Rica for 10 years. But my first stop was Savegre, a mountain valley that’s home to the Savegre River, as well as a cacophony of birds. It’s a well-known birder’s paradise. I’d read about it in my Lonely Planet: Costa Rica book. They called it unmissable. You might even see a Quetzal, they said, the much beloved yet elusive national bird. But the journey is rugged. Plan to stay the night.

I hadn’t actually planned to spend the night. In typical gringo fashion I thought I’d hit the valley, bag a quetzal sighting, and be in Rivas in time for dinner. You know, quick. Where’s the Mona Lisa? I’m double parked. But my trip down into the valley disabused me of such notions in a hurry. It was perhaps the scariest drive of my life.

You turn off the highway at the very top of the mountain pass onto a dirt road. The first dirt road of many in Costa Rica. I had rented a 4×4, as my friend Nina had insisted I do, a white Suzuki Jimny with sizeable tires and a manual transmission. I could drive stick. No problem. There was a small grocery store at the turn-off. It was level. Nothing to indicate what was in store.

You then begin a descent that feels like you’re clinging to the side of a mountain in a rainstorm. And it did in fact rain intermittently on my descent, which made the entire episode all the more terrifying. And I’m not easily terrified. It’s a single track dirt road, filled with rocks and detritus and ‘huecos’ (or potholes). It’s switchbacks all the way down into the valley, but the mountain is so steep you can’t see the road beneath you. There are no shoulders, hardly any wiggle room in the single track, and cars are regularly coming up the other way, forcing a standoff. I’m happy to report that protocol seems to be for the downhill driver to give way and back up to the turn of the switchback, whereupon you descend and creep your way past the other car to continue your precarious downward journey. I thought of turning back early on but there was nowhere, literally nowhere to turn. There was hardly even anywhere to go forward. I was fully committed. A line of cars and trucks (trucks!) were behind me and normally I’d care but at this moment I didn’t care, I’d go all the way down in second gear and they all could just suck it. I thought I knew how to drive stick but here you have to know how to drive stick, and I was a novice.

But… I made it. Yes I did. I made it to the bottom and felt an exhilarating thrill. I pulled to the side at the first opportunity and let those behind me pass, leaning my head on the steering wheel and breathing heavily, the car idling in neutral, emergency brake on, for what seemed like an eternity. I need to find a hostel or something, I thought. Ain’t no way I’m going back up that today. I thought about the cars that had lined up behind me. And trucks. People for whom this is no big deal. People for whom this is a commute. I’m sorry, I thought. Lo siento.

In this article:Costa Rica, COVID, pandemic