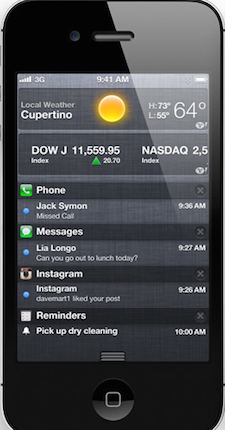 Traveling with a smartphone is a godsend. Anyone will tell you that. It has pictures, it has maps, it has directions, it can tell you what to see, where to stay, what to eat. Time for bed. Call your mother. It contains anything and everything anyone could possibly want to know about where I am, Costa Rica, or anywhere, or anything. My phone has been indispensable during my trip. What would I do without it? I’d have to do what everyone used to do. Carry around a guide book and a language translation book and a camera. Write down notes and reminders on a little notepad. Hump it all around in a manpurse. But thanks to Steve Jobs et al, now all those things fit comfortably into my pocket. I appreciate that. I really do. The smartphone’s abilities are so all-encompassing that you begin to doubt yourself. Any failure is your fault. There’s an app for that. It’s in there, you’re just too technically illiterate to find it. You can’t even conceive that it’s there.

I’m not against technology, at all. I’m trying, I swear. But I am old school. I’m old, let’s face it. I’m someone who grew up with books, who has read and loved books my whole life. I believe in books. I used the Lonely Planet Guide to Costa Rica for all my research before I went. And used it a lot on my trip. It divides Costa Rica into regions, giving short descriptions of each, and lists sights to see, things to do, places to eat and sleep. All in one place. And it pinpoints them on maps. And not 2.5 inch maps on phones, but maps you don’t have to scroll through or size, maps that you can flip back to as you read. Maps that are just there, always. Books never run out of batteries.

But once I got to Costa Rica, the phone became my main guide. All day it remained glued to my hand, orienting me, directing me, converting dollars to colones and back again, finding bargains, finding beds. And perhaps most importantly, translating Spanish. You need some Spanish in a Spanish speaking country, I think, and I’ve been trying mightily to learn it, at least to a rudimentary conversational level, and for that my translation app was indispensable. It’s such an incredible tool it makes you marvel at how anyone learned languages in the old days, without instantaneous answers. All the musty classrooms and hours of tedious study, every noun and verb and verb form, along with how it fits in a sentence, all of it was now in the palm of my hand. I’d tap my questions in English and the app immediately answered back in perfect Spanish. I could say anything. I was Cervantes. As long as I had signal. And wasn’t talking.

I concentrated on the basics. Menu items–carne, pollo, arroz. Also aguacate (avocado), pepino (cucumber), and zanahoria, which seemed like an awful lot of syllables for carrot, but whatever. I worked on prepositions and common words that a native speaker hardly thinks about–heavy/light, near/far, before/after. Later. Until. I translated road signs, store signs, menus. In print, I was fine. I could translate anything in the comfort of my own room. The app is harder to use when you’re talking. There’s a tricky calculus to perform. You don’t want to have your head buried in your phone every second. But you don’t want to sound like an idiot, either. But you’ve got to test it in the field. You’ve got to speak with actual Spanish speakers. You must risk idiocy.

One day I saw two guys in a little market installing a huge fridge, one of those that holds row after row of soda. I watched for a moment as they grunted and pushed the thing into place. I worked at an appliance store once. I felt their pain. I wanted to say something. Just something friendly, innocuous, requiring no response–That must be heavy. I knew the verb “deber.” To must. To have to. Debe ser. That must be. Good. Now heavy, heavy… what the fuck is heavy? I got this. I saw it last night. Don’t go for the phone. I got this.

“Debe ser pescado,” I ventured. They smiled politely, like I was the village idiot, then kept working. I walked out of the store and looked it up. Pesado. Fuck. Pesado is “heavy.” Pescado is “fish.” “That must be fish,” I’d said. No wonder they looked at me funny. All because of one fucking letter. Later I was driving with a friend and confused hueco (pothole) with huevo (egg). Again, one little letter. “This road has gigantic eggs,” I told him. He got a kick out of that. A huge kick. It wasn’t that funny. But I’d probably laugh too if he said that in English. Everyone loves a good yolk.

That’s on me. That’s a mistake in my memory, not their translation app. Yet the smartphone is not an infallible tool. Especially for someone with my level of ADD. I’ll suddenly have an idea to jot down, a place, a joke, a reminder. For a million years, before phones had brains, I used to carry around a little pad with a tiny pen in my back pocket for those moments. There’s a direct, unfettered connection between thought and pad; you just whip out your pad, write it down. But on the phone there’s always that screen with the thing you were doing before, and that thing is enough distraction for the fleeting thought to fly into the ether. Oh shit! I’ve got to remember to… and you open your phone and find the word “aderezo” (salad dressing), which you looked up last night. You remember the salad, then the restaurant, the conversation…

Then you’re back and think, why did I take my phone out? What was I thinking? You remember it was something important and you open up Notes in the hope that it’ll come back to you. But the titles of your other notes just distract you further, and whatever it was you wanted to remember disappears down the memory hole. Fuck. That doesn’t happen with pen and paper. Pen and paper don’t have aderezo.

I suppose that’s on me, too. I’m too distractable. I need to get with the program. There’s an app for that. That’s the mantra. They never tell you there’s maybe not an app for that. No app for carrying around a pad in your back pocket. I’m sure there is, in fact, one that you can just dictate into, one that will translate your every precious pensee into sensible, readable English. I just don’t use it. I don’t get it. I liked whipping out my little pad. I was fine with it. Now it seems not just unnecessary but quaint and faintly sad. Look at the old geezer with the notepad. I’d tell them all to fuck off, but I can’t go back now even if I wanted to. I’d have to find a pad again. The right sized little notepad. And the right, rugged little pen. I used to have those things, they used to be easy to come by. I loved stationery stores. But try finding a stationery store now. They’re all called Staples, and lit like a prison, and all they’ve got is generic crap for term papers and business meetings and quarterly reports. And smartphones. Anyway, they don’t exist in Costa Rica. Pen and paper is not a thing anymore, not really. Get used to it. Accept change. Learn to be as smart as your smartphone. Is there an app for that?