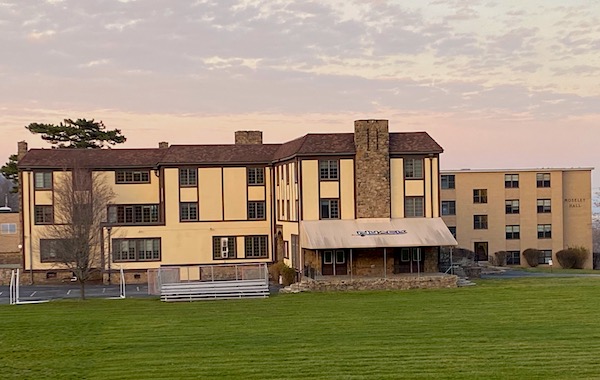 On Thursday, South Nyack voters will go to the polls to answer a not-so-simple yes/no question: Should South Nyack remain a village or dissolve into Orangetown? There are many considerations to take into account. We’ve published op-eds outlining some of the reasons for and against–as well as a survey asking what you think. And we’re still getting reader responses, so here are a few more takes from members of the local community.

(Have opinions on dissolution? Write to Max@nyacknewsandviews.com and we’ll update this article with what you have to say.)

Dissolution is incredibly important. South Nyack voting base can easily be over-powered. South Nyack has one inspector and cannot afford to be sued due to their small budget. They can’t adequately regulate development–they will get sued and it will bankrupt the village, which would destroy real estate values. Based on their strong response in Palisades, Orangetown has shown a willingness and determination to regulate and enforce zoning restrictions. Merging South Nyack with Orangetown will benefit all.

South Nyack Not Equipped For Battles Ahead

During my tenure at 21C it was obvious that the secular community in East Ramapo was in the process of losing control of its Board of Ed. Over the intervening years, I have been so saddened that the other school districts of Rockland appeared to abandon East Ramapo in their struggle to survive. To me, if BOCES ever had a critical reason to be, that is it!

While I was at 21C I did some looking at how some communities built a community school model involving magnet schools. At that time federal money was available to support the creation of magnet schools. I thought that might be a promising strategy in creating a countywide school district. But it was way beyond 21C’s mission to consider that type of plan. I continue to believe that the stress felt from the Orthodox community grows at a paid pace throughout the county’s schools, politics, and localities; having individual communities address it solo, in my humble opinion, is a fruitless strategy.

I have been concerned about South Nyack’s capacity since it had to put so much effort into the Shared Use Path challenge. And then when I was on the Climate Smart Communities Committee, I better understood the very limited discretionary income the village had for critical things like creating a sound Comprehensive Plan for the village. So for the last few years I have felt the village was sitting on shaky ground. That is the point of view of the folks who advanced the dissolution petition.

It Takes a Village To Cover Our Villages

Regardless of how the referendum turns out, there’s more news that needs to be covered. Local news matters now more than ever. Nyack News and Views has covered news, arts and culture in and near the Nyacks for a dozen years. To continue this effort, w

Please consider making a one time or sustaining donation to Nyack News And Views so that we can continue to cover this news as well as the arts, events, and local culture that make this community special.

Dissolve for Taxes, Zoning, and Voting

As a long time (1978!) South Nyack resident who has “cheerfully” endured an over 700% increase in taxes since buying my house, there are now many factors that say to me “dissolve the village.”

If you have watched the budget over the past 10 years, it is clear that the financial viability of the village has gone from a question to a crisis.

This issue is not as it might seem from Facebook, keeping a fabulous DPW, because our DPW Superintendent has plans to retire in early 2021 and Jimmy Dean, Orangetown Highway Superintendent, is equally beloved by his constituents.

This issue is about the cost of running the village in the 21st century. Our already financially stressed village cannot add monumental lawsuits about zoning to the village budget. First of all, South Nyack has an outdated Comprehensive Plan.

The recent zoning fight in Pomona cost $5 million.  It was sent back for revision because of a technicality in the paperwork on the part of those wishing to expand density. When the paperwork is corrected the lawsuit will return. Losing a $5 million lawsuit would bankrupt a village like ours. Last week, Airmont was also in the newspaper for similar issues.

We all love our village. Over the past few years, South Nyack eagerly adopted a few of Orangetown’s local laws, such as the “No Knock” and full-disclosure of “LLC” parties that require full name and mailing address–no P.O. Box addresses acceptable.  Orangetown has been a help to our village. Like Clarkstown and Ramapo, I believe Orangetown will move to the ward system. Residents will elect their council candidates from the wards in which they live.

Dissolving the village? I say “Yes” to lower taxes, stronger existing zoning laws, and much larger voting base for any future changes.