How the Coming Months Will Determine South Nyack’s Future 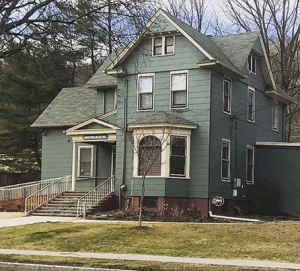 When South Nyack voters go to the polls on Dec 17, they will face an existential decision: whether there will continue to be a South Nyack.

Should residents vote to approve dissolution, it will be followed by a complicated series of events that will most likely lead the 142 year-old village to become an unincorporated hamlet of Orangetown. The South Nyack Village Board has hired CGR, a municipal consulting firm which specializes in dissolution, to parse through the pros and cons of the measure. It will present its findings to the mayor and trustees on Nov 24, three weeks before the vote on dissolving the village government. “Our residents need to be informed before they cast their vote and understand what the consequences and cost will be,” says South Nyack Mayor Bonnie Christian.

CGR will crunch the numbers to provide a neutral budgetary analysis of dissolution, detailing potential changes to the police department and department of public works. But the full impact of dissolution goes beyond what the worksheet can report.

In the meantime, the same concerns that led residents to submit a petition for dissolution—dissatisfaction with how the board has handled the college sale; a desire to preserve the character of the village; a frustration with rising taxes—have prompted a new slate of democratic candidates running for the board of trustees in Tuesday’s election. Though Jeffrey Hirsch, Mike Hogan, and Michael Lockett have not offered concrete stances on dissolution, all claim to be leaning against it. Still, November 3 will be a mere prelude to December 17.

How We Got Here

The movement to dissolve South Nyack was sparked by the sale of Nyack College to a Ramapo-based Hasidic Yeshiva and residents’ concerns that the village didn’t have the resources or tax revenues to pay for any future legal action. Many residents expressed frustration with the mayor and village board’s poor communication during the sale. Others were angry that the property, which could have been put on the tax rolls and given the village a necessary financial boost, would remain a tax-exempt religious institution. Looking at East Ramapo as a cautionary tale, villagers worry that an influx of new residents could mean losing control of the village government. 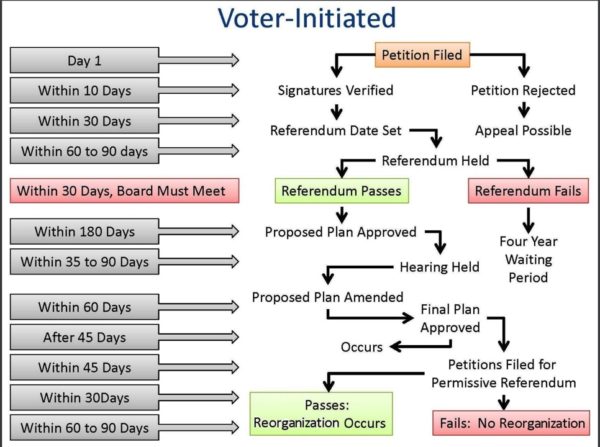 Last June, a grassroots effort collected signatures representing 10% of registered voters in the village to force a vote on dissolution. They reasoned that dissolving the Village of South Nyack would 1) reduce taxes, and 2) any legal disputes concerning future zoning violations would be handled by the Town of Orangetown, which has three town attorneys.

That sentiment is far from unanimous, as other residents say the dissolution process leaves little time to consider impact and alternative solutions. The citizen-initiated dissolution process stipulates an extremely tight timeline, forcing the village to decide its future over just a few months.

Proponents of dissolution have insisted that consolidating village services with town services would lower taxes—a compelling argument in favor of dissolution given that Rockland County residents pay the second highest property taxes in the county, second only to Westchester with an average of $12,900.

“Logic says that if one municipality is doing everything, it’s going to be cheaper,” Orangetown Tax Assessor Brian Kenny, explained, conceding that South Nyackers would probably save some money if the village were to dissolve. “How much cheaper is it going to be? I don’t know. Maybe you’ll save a few dollars per thousand, but it’s not going to be that substantial one way or another.”

Kenny’s rough estimate of savings derived from dissolution is only a few dollars per $1,000. A $200,000 dollar home, for example, might save around $600 dollars in taxes; however, the property owner would need to pay an additional fee of approximately $350 for private garbage collection (Orangetown, unlike South Nyack, doesn’t include trash pick-up in its services).

“I think the people who started the dissolution movement were disingenuous [when they predicted] big savings in taxes,” says Grandview Mayor Larry Lynn, whose tiny 285 person village is adjacent to South Nyack and shares a police department. “You’re not going to see big savings, you’re going to see small savings.” Lynn’s small, incorporated village wouldn’t be immune to the impact of dissolution: Grandview would have to find a new police department to serve the village.

Lynn says there’s a downside that can’t be measured in dollars. “You won’t be the master of your own destiny. You’re no longer going to be able to control anything.”

Dissolution advocates say South Nyack doesn’t have the bandwidth to manage the legally complicated and contentious sale of Nyack College. Ceding legal authority over the property to the town government would mean greater resources and more manpower to oversee the burdensome business dealing.

However, the law that allows for a citizen-initiated dissolution process (GML 17-A) does not mandate that Orangetown must accept the conditions of a village’s dissolution plan.

“They can do what they want, but we’re forced to do things we don’t want,” said Kenny. The town, Kenny noted, has no say in whether the village dissolves, but must deal with the consequences if dissolution is approved. “I don’t want to speak for the board or supervisor, but I think everyone would agree that [dissolution] is just an added headache.”

Former Orangetown board member Nancy Low-Hogan says the Orangetown town government is generally not focused on the river villages. Grandview’s mayor agrees. “The center of mass is in Pearl River,” says Lynn.

Low-Hogan, whose husband is a trustee candidate for the South Nyack Village Board, says that “dissolution is a mistake” because the needs of South Nyack won’t be top of mind with Orangetown officials. “If South Nyack dissolves, we are going to be vying for the attention of town government. It’s not in our best interest.”

Facebook groups have maintained a robust conversation about dissolution, where many members are concerned about an RLUIPA lawsuit regarding the protection of religious land-use rights from discriminatory policies.

“There are people who think, ‘Well if we’re just part of Orangetown, they’ll fight harder.’ I think that’s silly,” said Lynn. “None of the towns want an RLUIPA suit… It’s a question of where will the resources be allocated. It’s not going to affect life in Pearl River or Blauvelt. So how far would Orangetown go in fighting to preserve the character of South Nyack?”

John Gromada, a Nyack resident and at-large member of executive committee representing Orangetown in the county-wide Democratic party, is also skeptical that dissolution will be an effective solution to the challenges it faces, and he’s been vocal on the Facebook community pages, saying exactly that.

“I wish that they hadn’t started the petition drive until there had been some discussions among community leaders in the villages,” Gromada said. “To come with some plan, or to give some thought to what the outcome might be.”

In a letter to the editor in the Monsey Mervaser, Joel Petlin writes that South Nyack seems to be cutting off its nose despite its face, “because they would rather not have a village if it means that a Chasid would be able to join the board, or perhaps have enough votes to dominate the board.” Citing this letter, Gromada worries that if South Nyack becomes an unincorporated area in Orangetown, the newfound orthodox community would need only 500 residents in order to file for incorporation, becoming its own village with its own village government. Facebook threads have also debated creating a ward system similar to what is used in Clarkstown, in which each neighborhood gets to vote on a single representative for the village board, to maintain a widespread distribution of power despite the influx of new residents.

Another possibility discussed is merging Nyack and South Nyack into a single village, to create a more efficient municipal government. Gromada posits that the merged villages could also become a city, entitling the new municipality to more state funds and a greater share of its sales taxes.

None of these ideas have been thoroughly vetted by community leaders, at least not in a public forum. And the CGR report will not explore the social and political concerns of the community in its assessment—in part, because there’s simply not enough time.

The same concerns that led a group of residents to submit a petition for dissolution—dissatisfaction with how the board has handled the college sale; a desire to preserve the character of the village; a frustration with rising taxes—have, in part, prompted a new slate

As the village awaits the release of the CGR report and the December vote, a new slate of candidates is running for the South Nyack board of trustees, on a platform of transparency. Alain Leinbach and Andrew Goodwillie, two longtime incumbents running on the Village People’s party ticket, are facing off against Democratic challengers Jeffrey Hirsch and Michael Hogan. The third candidate running on the Democratic ticket is incumbent Michael Lockett, who took the place of Nancy Willen, who resigned from the village board last summer.

Critics of South Nyack Mayor Bonnie Christian and her trustees say the lack of transparency and poor communication during the sale of the Nyack College fueled discontent and ultimately parked the dissolution movement. Though none of the Democratic candidates for village board (Hirsch, Hogan, and Lockett) will offer an absolute stance on dissolution until the CGR report is released, all 3 have expressed that they’re leaning against it.

Citing minimal projected tax cuts, and the potential for a devastating loss of self-governance, among other reasons, the candidates expressed a strong interest in retaining the village government. The existing government, they believe, will be more effective with new leaders who prioritize open and honest communication, who value transparency, and who listen to the voices of their neighbors and constituents more than the previous board.

“A transparent process would be essential, with community involvement paramount,” Hogan wrote in a statement on dissolution. Incumbent trustees Goodwillie and Leinbach did not respond to request for comment.

Lockett says prior to construction of the new Mario Cuomo Tappan Zee Bridge, the village board could, for the most part, run on auto-pilot and didn’t need to worry about transparency issues. “But that’s not okay anymore,” he said. “This stuff is important—supremely important. These decisions will affect this community forever.”

“I’m telling you, you will see big changes on that board,” said Nancy Low-Hogan, advocating on behalf of her husband and the other Democratic candidates. “Because they will not sit back and be quiet. They will speak out. And it will be a different day in South Nyack. I know I sound like I’m crazy, like I’m overreacting. But I really feel strongly about this. It’ll be different. And that’s what the village needs.”

What the village needs will be decided by its residents in the not-too-distant future. With the current election cycle coming to a close, South Nyackers know that they won’t be done casting consequential ballots for the year.

Sasha Cohen is a recent Wesleyan graduate and a South Nyack resident.