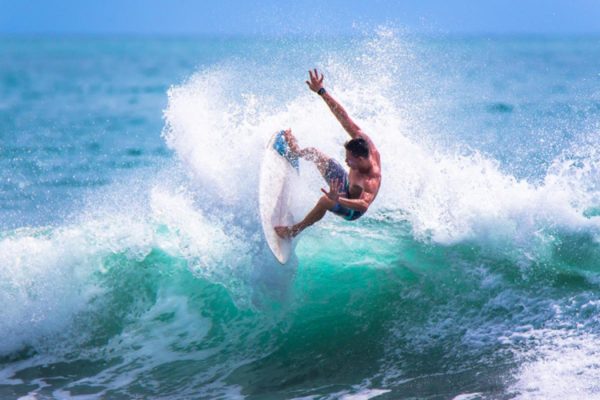 First COVID made my semi-retirement permanent. Then the lease on my Washington Heights apartment–in a building populated entirely by extremely COVID-averse retired school teachers–expired. Then I inherited a tidy windfall from the will of my recently expired uncle. I could read the lips of Fate even under the mask, and she was telling me to get the hell out of Gotham.

Which is how, in September, I found myself on a plane to Costa Rica, destination unknown, return date indefinite.

Why Costa Rica? Well, I’d heard good things. The government was stable. It was health conscious. There were lots of reasonably priced retreats where good people subsisted on nothing but water and mangos, their mornings devoted to yoga and their afternoons to meditation, with occasional evening forays into life-altering ayahuasca ceremonies. That’s the dream. Anyway, it sounded better than masked forays to the grocery store by day and evenings spent in enforced solitude waiting for my Seamless order to arrive.

In Costa Rica, I would soon drop 40 pounds and do standing bow-pulling pose for hours on end. And proudly tell everyone about it! My researches, however, led me to discover that all the raw green gluten-free vegan yoga meditative fasting cleanse retreats had closed until further notice due to the pandemic. Hmmm. Not very namaste of them. Wasn’t strengthening the immune system was one of the major benefits of eating all those vegetables? But I was committed. I had to get out and I had nowhere else to go. Europe had a giant closed sign up. Asia was too far. Ditto Africa. Besides, I wanted to learn Spanish. It was Costa Rica or bust.

Costa Rica is taking this pandemic thing seriously. Merely to get into the country you had to jump through several hoops. Get rather expensive travel insurance. Check. Get a COVID test within 48 hours of departure. Check. Upload it all to the Costa Rican Embassy website, along with your flight information. Check.

I had booked a flight through Miami to save a few bucks. Big mistake. Cheap is expensive. I had to find out in Miami what I could have learned in New York: that rapid COVID tests are not acceptable. I had to present a PCR Covid test. Nothing we can do, said the nice lady at the gate. I watched sadly as the door closed and my flight went its merry way without me. I collected my luggage and spent 2 days in Miami getting a PCR test and awaiting the result, paying for an airport hotel, cab rides, meals. Hoarding receipts. Suddenly I felt so proud that I’d been forced to purchase travel insurance.

But I returned to the airport with my legit PCR test only to find that I couldn’t fly from Miami to Costa Rica. What?!? I’d just had a ticketed flight from here! Yes, but that was a connecting flight. Florida is not an approved state, according to Costa Rica. Nothing we can do, said the nice lady at the gate. I had to go back to New York and book a whole new flight to Costa Rica. Which I reluctantly did. Returning to New York around 9p, they announced on the plane that I was supposed to quarantine for 2 weeks. Not supposed to. Obliged to. A loud lady in a loud Hawaiian shirt was handing out forms as we left the plane and threatening hellfire and damnation and a $2k fine should we shirk our duty. My flight was already booked. I just wanted to surf and forget. Yet at 8:30 the next morning, I would become a fugitive from the law.

I dutifully filled out the form and spent the night wondering if the speed of the quarantine information system would outpace the speed of my Costa Rican escape plan. Returning from my grand adventure in prison overalls after a day and a half would be a grave disappointment my kids.

After an anguished drive to the airport in the morning and wait on line, they found my papers were in order and I managed to make it onto the flight without getting imprisoned. The plane took off and I felt the relief that only a hardened criminal feels after escaping detection. And yet… there was one more hurdle. My COVID test was from Miami. Might the Costa Rican Customs agents notice that I had been in Miami when I took the test? That I’d spent 24 hours in that cesspool of contagion before I found myself on a flight back to New York? Was I again to be sent back? Or worse, have to pay a $2k fine? Are you violating quarantine if you’re in another country? Is the tender shoot of my surfing career to be trampled underfoot before it has even taken root? Tremblingly I handed over my test result.

She glanced at it briefly, running down the page until she saw the letters PCR, which I had conveniently highlighted… as well as circled… and drawn big red arrows to. She initialed my papers and let me through. I knew the way to San Jose! Things could only get better from here.