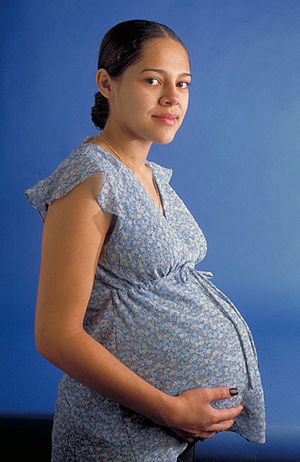 Expanding access to Medicaid could dramatically improve pregnant people’s access to health care and address some of the factors driving the nation’s disparity in pregnancy-related and postpartum deaths, according to new research published Tuesday.

The study, published in the journal Health Affairs, followed almost 50,000 pregnant people from 2012 to 2017, comparing what happened in states that expanded Medicaid, an optional component of the Affordable Care Act, versus those that didn’t. In states that opted in, pregnant people’s likelihood of losing insurance in the perinatal period dropped by 10 percentage points.

That’s a big deal. “In the world of health policy,  we don’t often see effect sizes that are that big,” said the study’s lead author Jamie Daw, an assistant professor of health policy and management at Columbia University’s Mailman School of Public Health.

Already, pregnant people can more easily qualify for Medicaid coverage, along with 2 months of postpartum insurance. But after that period ends, or even before, it’s a different story. Especially in states that denied the expansion, many will lose insurance.

The nation’s death rate for pregnant and postpartum people is among the worst of other wealthy nations. And a third of those deaths actually occur a week to a year after pregnancy. Most are preventable, Daw said—but only if people can sustain access to preventive care, and doctors can catch problems before they spiral.

For people who lose insurance after giving birth, that’s less likely to happen. States with Medicaid expansion were shown to have 1.6 fewer deaths per 100,000 pregnant or postpartum people, a meaningful decrease. Separate research suggests that access to postpartum care improved dramatically after Medicaid expansion—which opened up Medicaid eligibility to people earning 138 percent of the federal poverty level, or, in 2020, $36,156 for a family of 4.

And for those who didn’t have insurance prior to qualifying through pregnancy, it’s harder to immediately access prenatal care or to have chronic health conditions managed—both factors that can make for a worse pregnancy outcome.

“Women might hesitate to access care [postpartum]—maybe they wait because of a copay, or because they’re uninsured,” Daw said. “We don’t want them to wait.”

Medicaid covers a larger portion of Black and Latinx pregnant people, and already, Black people are substantially more likely than White people to die as a result of pregnancy. (That includes dying within a year of giving birth.) Across the board, cardiovascular disease, hypertension and untreated mental health conditions play a substantial role in preventable pregnancy- and postpartum-related deaths. Increasingly, deaths in the later postpartum period—after pregnancy-related Medicaid has ended — are driving mortality and morbidity, said Dr. Lindsay Admon, another one of the study’s authors and an OB/GYN at the University of Michigan.

The paper’s findings, researchers said, suggest then that expanding Medicaid eligibility could be an effective strategy in helping close racial gaps in perinatal health outcomes. Other research has also linked Medicaid expansion to lower rates of pregnancy- and postpartum-related death.

“We know health insurance helps increase access to care,” said Dr. Michelle Ogunwole, a physician and research fellow at Johns Hopkins University, who wasn’t involved with the study but focuses on health disparities. “And we know that Black and Hispanic women are disproportionately served by Medicaid. If there are barriers that really affect the utilization of Medicaid, it becomes problematic.”

Or, as Daw put it, “anything that improves the stability of Medicaid will disproportionately benefit Black women.”

So far, 39 states, including Washington, D.C., have moved to expand Medicaid. (Not all have implemented the expansion.) Georgia, Indiana and Texas, which have all declined to do so, rank toward the bottom in the nation’s birth-related health outcomes.

Admon has seen the impact firsthand. She’s practiced in Michigan both before and after the state expanded Medicaid eligibility. Before the expansion took effect, she said, “after the postpartum visit, it was sort of like ‘good luck.’”

Now, she’s able to connect vulnerable patients with essential health care, even postpartum, she said. In the past, that kind of attention wouldn’t have been an option once her patients lost their insurance.

“We’re having an easier time connecting women with routine well-women care,” she said. “I have much better faith that, if they have diabetes, I can send them to someone to manage diabetes or other clinical conditions I’m not comfortable managing.”

Still, researchers noted, Medicaid expansion is only 1 policy lever. Another, they wrote in the paper,  is to extend the time for which pregnant people are eligible for Medicaid — so that instead of ending 2 months after birth, they stay covered for a full year. Some states, including California and South Carolina, have taken steps toward doing that. But it’s not uniform.

Because each state runs its own Medicaid program, benefits vary. But often, pregnancy-related Medicaid is far more generous—including benefits like dental care, home visits, mental health care or help covering transportation for medical visits. Those benefits go away when switching to regular Medicaid. And even the logistics of switching from 1 source of Medicaid to another can be burdensome for new parents.

“You can’t afford health care without insurance coverage, and you want to keep people covered so they can have access to postpartum care,” said Sara Rosenbaum, a professor of health law and policy at George Washington University.

In states that expanded Medicaid, there was also an increase in the number of pregnant people switching between the public plan and private insurance that they perhaps paid for after losing pregnancy-related eligibility. That’s better than being uninsured, but could possibly yield other delays in getting health care, or require new parents to—who may be overwhelmed with other tasks—to also find a new doctor.

People who have just given birth, she added, “are not only vulnerable, but are often the immediate caretakers of a vulnerable child—so you need the coverage for both reasons.”

Federal lawmakers could push states to extend Medicaid coverage by agreeing to pay for it, Rosenbaum added. Typically, state and federal governments split the cost of insuring people through the program. But the Trump administration hasn’t indicated any interest in that kind of program support.

Still, experts noted, even with these findings, insurance access alone wouldn’t address the mortality crisis. For death disparities in particular, experts point to a host of other factors—institutional racism and implicit bias, for instance—that aren’t addressed by Medicaid.

“I’d like to think insurance could be this silver bullet. But it’s not,” Daw said. “It matters, though.”