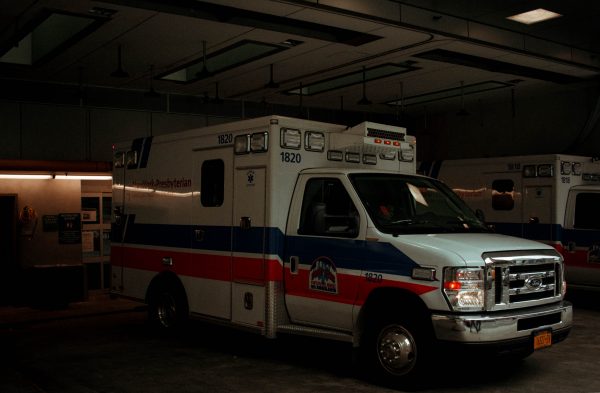 As COVID-19 cases continue to rise around the country, EMTs have faced surges in ambulance calls and are tasked with transporting and treating an unprecedented number of sick patients.

In April and May, 4 New York City paramedics gave interviews to the media about what their jobs were like as COVID-19 ravaged the city. With ambulance calls up by 50% and nearly 1/5 of the EMS workforce out sick, they described being overwhelmed and fearful for their lives. In June, the same paramedics announced they would be suing the city after being punished for speaking to the media.

“These are the people who go out and treat people, and they have been living through incredibly difficult times,” Terry Meginniss, an attorney representing the workers in the lawsuit, told NPR.

The lawsuit has shed light on the grueling conditions faced by these often overlooked and underpaid first responders. While they are required to perform a range of important prehospital procedures, including intubation, EMT wages remain staggeringly low and their benefits meager.

“Very few paramedics in New York are able to survive on one job. I had four,” said Morgan Ambler, who worked as an EMT in the Hudson Valley for years before moving to Texas.

Ambler began his career in emergency medical services while still in high school, joining the Nyack Community Ambulance Corps as a Youth Corps member. In 2013, he graduated from SUNY Rockland’s paramedic program. After graduation, he decided to look for a job in Westchester and New York City due to higher starting wages.

“When I did the math, working full time in Rockland would fetch me around $35k a year,” he said.

According to the Economic Policy Institute, the annual cost of living for an individual in Rockland County is $58,305.

Ambler, who currently works as a paramedic in Williamson County, Texas,  receives an annual salary of $60K. And if he contracts COVID-19, he need not worry about receiving care. The government-based EMS system he works for provides comprehensive health benefits, including access to a therapy practice in Austin whose specialty is military and first responder mental health. “It’s an underserved specialty and we are very fortunate to have this great resource locally,” he said.

But many EMTs are not so fortunate.

“The ALS agencies in the Hudson Valley are mostly commercial services, and mostly non-union,” said Karin Needleman, a 31 year-old paramedic from Stony Point. “That means that our salaries are low and raises oftentimes paltry.” Needleman has been a paramedic since September 2015. Her former employer paid $22 an hour and did not provide her with health insurance.

And those wages and benefits are not unusual for paramedics working in the tri-state area. In April, Rockland EMTs Adam Bliden and Pearse Matthews spoke to PBS about the harrowing conditions they faced, including not having the proper personal protective equipment and not having health insurance. “The job doesn’t offer it,” Bilden told PBS. “And our affordable marketplaces aren’t very affordable. If I get sick… I can’t go to the hospital.”

Needleman echoed this sentiment, describing her former employer as “a company that prioritizes profits over people.” She no longer works for them “largely due to how they addressed the pandemic,” including a “scarce” and “mishmashed” PPE supply and a lack of safety protocols that put EMS worker lives unnecessarily at risk.

“It’s been three years since I was fit tested,” Needleman said, regarding the test performed to ensure the safety of an n95 respirator. A fit test takes about 20 minutes to complete and should be performed annually, according to the Occupational Safety and Health Administration (OSHA).

Brian Marks, a paramedic at Hunter EMS and board member at Nyack Community Ambulance Corps, also experienced a shortage of n95 masks in March and April. He ended up purchasing masks for himself on eBay.

“My partner’s husband got COVID-19 working in EMS as did several colleagues,” said Marks. “Most recovered but some are permanently unable to return to EMS work. I recognize how quickly I could be affected.”

While calls involving COVID-19 symptoms have decreased sharply in the tri-state area, he remains concerned for what lies ahead. “I currently get very few COVID calls… less than 10%. In March and April, it was almost 100% and almost all were very serious. I transferred intubated patients. Many didn’t make it. My youngest COVID death was 29,” said Marks.

“I believe we will get a second wave,” he added. “Too many people don’t take it seriously.”