The June 23rd New York primaries were, by all accounts, a major success for progressive, Left-leaning candidates across New York. Rep. Alexandria Ocasio-Cortez (D-Queens) earned re-nomination with 69% of the vote despite the millions of dollars Wall Street spent to unseat her. Closer to home, political newcomer, middle school principal Jamaal Bowman toppled incumbent Rep. Eliot Engel (D-Bronx/Westchester). And Mondaire Jones, a 33-year- old former Obama DOJ staffer, won a crowded and expensive race to succeed Nyack’s Congresswoman Nita Lowey, who is currently finishing her 16th term. What does all of this mean? We explain the implications of New York’s progressive primary wave. 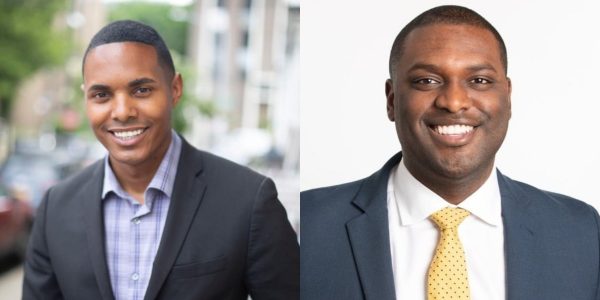 No analysis of the June 23rd primary would be complete without noting that the election was conducted largely through the mail. A majority of ballots cast were by mail (over 18,000 in Rockland County alone), and they will now be counted by the Board of Elections staff over the course of many days. This was a result of Gov. Andrew Cuomo’s executive order to mail absentee ballot applications to voters and expand eligibility for mail-in voting. Generally, mail-in votes match the results of in-person tallies, yet they become decisive in close races. New issues emerged, including widespread reports of ballots not arriving and being misprinted. Going forward, we should be prepared for an election night turning into “election week,” with mail-in ballots being slowly counted days after election day and many close races, lacking results or the results being challenged in court.

These results are important because they show that Black progressives can win convincingly in affluent areas such as Westchester that have historically been represented by white moderates. In the wake of nationwide protests following the death of George Floyd, voters also prioritized representation and diversity in Congress, undoubtedly boosting both overall political interest and the fortunes of progressive, Black candidates over more moderate white ones. This was true particularly in fundraising.

In 2018, New York’s delegation was anchored by establishment Democrats Reps. Joe Crowley, Jose Serrano, Eliot Engel, and Nita Lowey. Crowley looked like the next favorite to become Speaker of the House, while Serrano, Lowey, and Engel had each been in the House for almost 30 years. Lowey is the Chair of the House Appropriations Committee (the powerful committee which controls federal spending), Engel is Chair of the House Foreign Affairs committee, and Serrano is a high ranking member of House leadership. With their retirements and losses taken together, New York has lost approximately 100 years of Congressional seniority.

Jamaal Bowman made a convincing argument that seniority isn’t always a benefit. Bowman attacked Engel for his support of the Iraq War, and his campaign website prominently says “it’s time for a Democrat who will fight for schools and education, not bombs and incarceration.” Similarly, Mondaire Jones (who challenged Lowey before she announced she wouldn’t run for re-election) faulted Lowey for failing to use her influence to repeal the state and local tax deduction cap included in the 2017 GOP Tax Bill. Overall, the message is clear: Voters want candidates who will use their platform in Congress to fight for issues important to the district, including affordable healthcare, child care, education, the environment and criminal justice reform.

The results of the 2020 primaries undoubtedly put more-senior members of Congress on notice that prioritizing their districts and delivering for constituents is critical. Engel was hurt by a “hot-mic” moment, where he suggested that he was only looking to speak at a Black Lives Matter event because he was being primaried. Engle was also attacked over an Atlantic article, which detailed how he hadn’t been home to the district in months, instead camping out at his second home in Maryland. These missteps gave Bowman the opening he needed to nationalize the race.

Across the state, and particularly in New York City, progressive candidates for the state legislature appeared to topple more moderate incumbents. Jamaal Bowman and Mondaire Jones ran on unabashedly progressive platforms, including Medicare for All and the Green New Deal made mainstream, in part, by Bernie Sanders and Ocasio-Cortez, and were rewarded by voters. How then did Jamaal Bowman and Mondaire Jones win in turf that was widely considered more “establishment-friendly”?

Hillary Clinton won 65% of the vote in NY-17 (Nyack’s congressional district) during the 2016 primary and Joe Biden this year won 75%. In Eliot Engel’s district, Biden neared 80% of the vote share, one of the highest for a Congressional District in the state. But so-called moderate Democrats voted in droves for Mondaire Jones and Jamaal Bowman, giving both candidates countless precincts that went overwhelmingly for Hillary Clinton in the 2016 primary and Joe Biden this year.

Part of this shift can be attributed to the strength of Jones and Bowman as candidates. They were compelling and charismatic, drawing national coverage and capitalizing on outside help from Sens. Elizabeth Warren, Bernie Sanders, and grassroots progressive donors. Not all progressive challengers had the same luck; in Jersey progressive challenger Arati Kreibich lost convincingly to moderate Rep. Josh Gottheimer, and challenges to Reps. Tom Suozzi (D-Nassau County), Jerry Nadler (D-Manhattan) and Yvette Clarke (D-Brooklyn) fell flat. However, Jones and Bowman’s victories are clearly also the result of the increasing popularity of progressive policies like criminal justice reform, the Green New Deal, and Medicare for All.  Polls show that support of Medicare for All has hit new highs in the wake of the pandemic, and is widely popular with Democratic voters. Jones was the only candidate in his race that supported both Medicare for All and the Green New Deal, and he made both policies the centerpiece of his messaging. Ritchie Torres used his platform as the Chair of the NYC Council’s Oversight Committee to call for investigations into the NYPD. By positioning themselves as the most progressive candidates in the race, they capitalized on increasing support for progressive policies.

If Joe Biden defeats Donald Trump and Democrats capture the Senate, New York’s new progressive representatives will play a big role in driving Congress to the left. This election was also an indicator that New York suburban Democrats are increasingly progressive and that ideas such as Medicare for All are becoming mainstream, even if the party’s Presidential nominee doesn’t fully support them.

Owen Voutsinas-Klose is a senior at the University of Pennsylvania and president of the school’s Penn Democrats club.