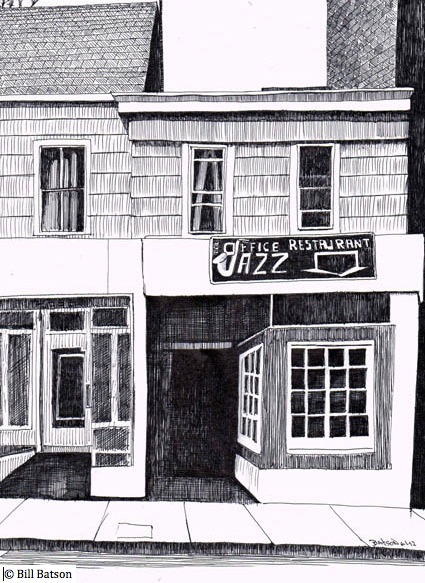 For a brief beat, one of the brightest spots in the jazz universe was a nightclub in Nyack. The Office was located in the storefront that is now home to the Olde Village Inne, and some of greatest artists of the genre, like Jaco Pastorious, Bill Evans, and many others, would come to Nyack to gig there.

This fall Circumstantial Productions will publish Life Behind Bars, a memoir by Jack De Pietro, the erstwhile club’s owner.  Now 65, De Pietro used music and meditation to reverse the impact of a stroke that imperiled the publication of his life story. Soon we will learn what happened at the height of the club’s artistic incandescence that caused the venue to disappear from the jazz scene. 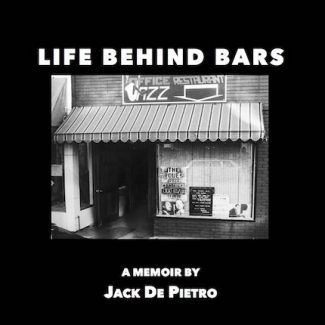 Until now, The Office has lived on predominantly through folklore: in the memories of regulars, musicians, and fans around the world. But also, on the pages of a pamphlet published by Michael Houghton.

Houghton, who passed away in 2017, was the owner of North Broadway’s Ben Franklin Bookshop–the delight of bibliophiles from 1977 until 2008.  He first compiled the story of the club for an article that appeared in The Hook magazine in November, 2004. Richard Connolly of Circumstantial Productions stumbled upon a copy of Houghton’s short work last year, compelling him to search for De Pietro and subsequently publish his memoir.

Houghton’s elegant essay weaves together jazz and local history. We learn that the bar that would become a Mecca for jazz musicians had only the 100th post-prohibition liquor license to be granted in New York State when it opened in 1933. According to Houghton, employees at the neighboring telephone company, now the Nyack Businsess Center, would claim that they were working late at “the office” when they were really drinking at the bar. Eventually the euphemism became the name. 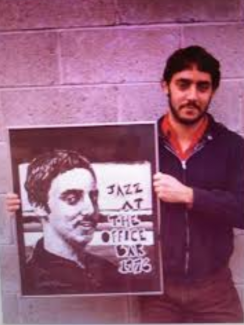 The Office was purchased by Rocco De Pietro in 1965.  His son, Jack, was attending Berklee College of Music in Boston in 1975 when his father had a heart attack and considered selling the bar. A $10,000 loan from a regular allowed Jack to buy a Yamaha piano and a sound system, prerequisites for a respectable jazz club, and take the helm.

According to Richard Sussman, a celebrated jazz musician and composer, The Office became a farm team for the big league jazz clubs. He described De Pietro, who was an accomplished drummer, as someone willing “to take a chance on younger, unknown players.” Sussman credits The Office with giving him the opportunity to create his first quintet.

The bar was small and the stage was even smaller. The 5 members of Sussman’s quintet would be huddled in the front of the bar with their backs to the front window. The brass section of bigger bands would be seated with the audience. 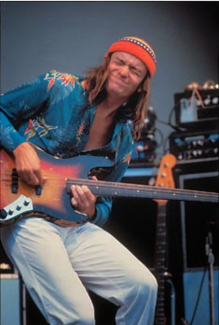 Houghton believed that The Office deserves a special place in jazz history for its interesting connection to Jaco Pastorius. Pastorious revolutionized the electric bass guitar, musically and physically. By removing the frets from his electric bass he delivered blistering streams of aggressive syncopated riffs and heart stopping harmonics that helped transform the bass from a rhythm section to a lead instrument.

The Office was one of Pastorious’ first appearances on the local jazz circuit after arriving from Florida. His hour-long unaccompanied performance at The Office in 1975 is the stuff of legend. Pastorious’ life was tragically cut short in 1987 when he succumbed to years of drug abuse and mental illness. Jazz fans will have Metallica bassist Robert Trujillo to thank for funding a documentary on Pastorius. 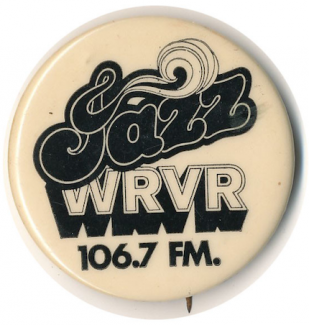 During its heyday, there was music at The Office on most evenings, with headliners appearing on the weekends.  Ironically, the instrument of the venue’s meteoric rise also led to the bar’s collapse. In the late 1970s, De Piertro ran regular ads on New York City jazz station WRVR that resulted in long lines of eager fans outside the club. But at 10:15a on September 8, 1980, WRVR ended its jazz era, playing Charles Mingus’ “Goodbye Pork Pie Hat.” The next song, Waylon Jennings’ “Are You Ready for The Country,” ushered in a new country format.

Later that same week, and just days after performing at The Office, jazz great and De Pietro family friend Bill Evans died. The loss of a dear friend and WRVR in the same week devastated De Pietro. Soon, The Office made its own format change from jazz to blues and rock–and De Pietro sold the club in 1986.

Even though The Office changed its tune in 1980, the jazz sound survived in Nyack. The “Music in the Garden: Jazz Concert Series” at the Edward Hopper House, founded by Ray Wright and nurtured by Bert Hughes, started its summer program in 1981. The series celebrates its 40th anniversary next year. In 2016, David Budway and his wife Brianne Higgins opened Maureen’s  Jazz Cellar on South Broadway. Budway occupies the piano stool at the famed Cafe Carlyle in New York City, a position once held by the legendary Bobby Short. Both Music in the Garden and Maureen’s have continued the tradition of attracting world class jazz talent to Nyack. 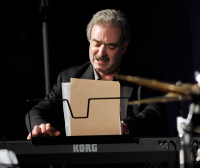 When Richard Sussman and his wife outgrew their Brooklyn apartment, Sussman remembered the “cool place” where he played as a young musician. A music teacher at Manhattan School of Music for over 30 years, Sussman moved to Nyack in 1997, returning to the place where he composed and performed his underground classic, “Freefall,” with the quintet he formed at The Office. 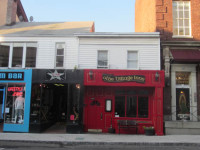 After late night gig in New York City, prior to the COVID-19 pandemic, Sussman would drop by the Olde Village Inne on his way home because “where else can you find a kitchen open until 3a in Nyack.”

But there might be another kind of gravity that draws Sussman to his old haunt. It is probably the same invisible energy that keeps jazz music and musicians orbiting around the village where a club called The Office, like a dying star, went supernova and then silent 40 years ago.

You can relive The Office era by sampling some of the music from jazz greats like Jaco Pastorius,  Charles Mingus,  Bill Evans and Robert Sussman online.  To get a sense of how jarring that sudden format shift at WRVR must have been for loyal local jazz lovers in 1980, listen to the first few seconds of Mingus and Jennings back-to-back .

This week’s sketch was based on a photo found in the archives of Hudson River Valley Heritage.

If you have enjoyed my column at any point during the last nine years, I ask that you support the continuation of the Nyack Sketch Log by visiting nyackgift.com and consider acquiring or sharing one of my books or some of my merchandise.

As one of Nyack’s smaller businesses, I thank you for your past support and hope to continue to provide the people of the village that I love illuminating illustration and edifying essays long into the future.

Donations are also welcome through paypal via wrbatson@gmail.com

Bill Batson is an activist, artist and writer who lives in Nyack, NY. “Nyack Sketch Log: The Office” © 2016 Bill Batson. ” Learn more about Bill at billbatsonarts.com.