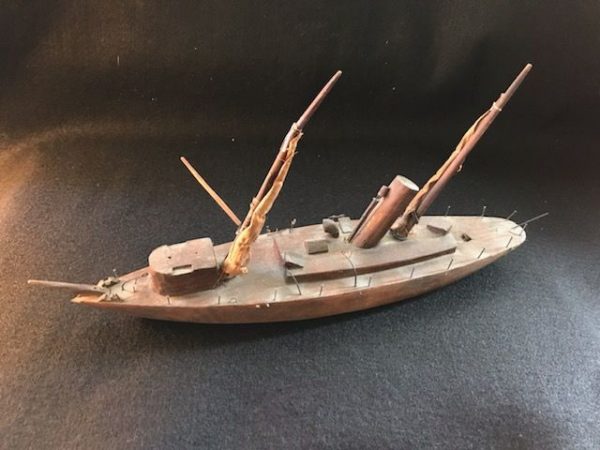 In reviewing Edward Hopper’s body of artwork, it’s important to consider how his whiteness permitted his voyeurism. Hopper lived from 1882-1967, and is known for painting outside houses at night from his car, or peering into the windows of strangers to find inspiration for his domestic scenes. Were he to have been a Black artist, his ability to observe this way seems like it surely would have led to some degree of hostile encounter, at the very least.

“In general it can be said that a nation’s art is greatest when it most reflects the character of its people,” Hopper said. He lived through World War II, the Women’s Liberation Movement, the start of the Vietnam War, and the Civil Rights Movement. These movements were very much alive in the streets of New York City, Hopper’s adult home, but are notably absent from his canvas. I don’t find this entirely surprising as he rarely painted groups or used a model for his work other than himself or his wife, Jo. And many of Hopper’s subjects are nonhuman. Many Hopper paintings depict mostly white people and landscapes of regions like Maine or Cape Cod dominated by the white imagination.

Still, absence is a form of representation, and examining what was left out of Hopper’s paintings offers another lens into the loneliness and disconnection suggested by his work. I wonder: What society did Hopper separate himself from? What did his quiet represent? As an artist rebelling against Victorian ideals, how did Hopper feel about the larger revolutions going on in the world around him? Are his sparse scenes depicting a certain kind of loneliness as liberation movements grew around him or are they invitations for the viewer to reflect on their own interiority?

The year after his death in 1967, there was another famous moment of quiet. There was a belief within white America that the signing of the Civil Rights Act of 1968 during the King assassination riots meant the question of racial justice had been settled. Months later, Tommie Smith and John Carlos stood in defiance of this false peacemaking with their Black Power Salute at the 1968 Olympics in Mexico City, a gesture that was met with hostility and shaming from journalists who felt these athletes had no right to critique and rebel against the institutions that had given them a platform. Because their protest was disruptive, it was wrong.

“In the face of sanction and criticism, Smith, Carlos, and a host of other black athletes in the late 1960s expressed a will for self-determination. In so doing, they tested the limits of American participatory democracy. But since that time, American popular culture has de-radicalized their protest. In ways similar to the cooption of Martin Luther King Jr., Smith and Carlos’s protest has been repackaged and removed from its original context and intentions,” writes scholar Jamal Ratchford. “They did not protest for a statue or the renewal of a track program. Rather, their central aim was black freedom and the insurance of citizenship and human rights.”

Decades earlier, in 1943, Edward and Jo visited Mexico City for the first time. The presence of German submarines on the Cape Cod coast where they hoped to vacation ruined their peace. While in Mexico, the Hoppers crossed paths with Nyack resident and former Hopper-patron Helen Hayes.

Included in this dispatch is an image of a toy boat believed to be built by Hopper as a child. Gail Levin, in an interview with the Art Institute of Chicago, describes Hopper as a traveler. “We always see these people in his paintings waiting for something to happen,” Levin reflects. “He’d travel quite a bit around America… and along the way rather than just painting tourist sites or whatever, the imagery of travel [he painted was of] the interior of trains, hotel rooms, hotel lobbies, motel rooms, highways, gas stations.” These images are signposts of movement, of the in-between, of transition.

Just a 10 minute walk down the road from Edward Hopper’s childhood home, his place of primary residence for 28 years, lived Peter Williamson, the last living person in Rockland County born into bondage. “At one time, the Williamsons lived near the Old Stone Meeting House and Peter ran a small grocery and candy store, probably at the same location,” writes Rockland historian Mike Hays. Hopper and Williamson’s lifetimes overlapped by 4 years, and it’s quite possible Hopper visited his candy store as a toddler.

On the same road as Williamson’s home, Edward’s great grandfather, Rev. Joseph W. Griffiths organized the first Baptist congregation in Nyack in 1854. Edward’s father was a deacon at the church, which heavily influenced Edward’s youth. Around the same time as the church’s founding, two African American churches began in Nyack: the African Methodist Episcopal and then the Second Baptist Church. “By the time of the Civil War, churches started to segregate entirely,” Hays told me.

It is rare to find a Black subject in Hopper’s work, and the only Black woman is found in Carolina Morning (1955), which positions her, alone, in a bold red dress, looking out over a field. Of the painting’s origin, the Whitney’s collection reports that “from April 1 to May 11, 1929, Edward Hopper and his wife, Josephine Nivison Hopper, visited Charleston, South Carolina. During their trip to the surrounding countryside, the Hoppers encountered a woman who stood in front of her cabin but retreated indoors when her husband came home.” When Hopper looked at her, what did he see? What were Hopper’s subjects waiting for?