Nadia was the first tiger at the Bronx Zoo to be infected with COVID-19 by an asymptomatic zookeeper. Fortunately, she and the 3 other tigers and 3 lions who became ill recovered fully. Their symptoms–primarily dry coughs–were mild. They were lucky.  Large cats worldwide are dying at the hands of human beings who hunt them, destroy their habitats, or kill them to save their domesticated animals grazing on land where great cats once roamed.  In India and Bangledesh, where coastal tigers thrive in mangrove forests, rising seas from climate change are destroying forests. Other forests are shrinking as the human population ravages wood for cooking fuel. And there are thousands of captive tigers worldwide outside of zoos, including 5,000 in the US.

What do the facts about loss of tiger populations have to do with our current human pandemic of COVID-19? A great deal, it turns out. As most of us know, big cats are endangered. As the number of large, carniverous mammals has shrunk, rodents have multiplied. They are not being eaten by larger mammals in the numbers they used to be. Rodents are the most diverse mammals. They are thus less vulnerable to the harmful effects of loss of biodiversity than other mammals. Barbara Han, a disease ecologist at the Cary Institute of Ecosystem Studies, says they have wide geographic ranges, short life spans, and large and frequent litters. They are the critters most likely to infect humans with zoonotic diseases, those which spread between animals and people.

Although initial evidence suggested that COVID-19 first jumped from animals to humans at the Wuhan Market in China, a different narrative has emerged. According to Colin Carlson of Georgetown University, “None of the animals [from the Wuhan Market] tested positive for COVID….” He says the virus “is an animal-origin virus that made the leap, maybe from bats to humans, maybe through… another animal, maybe through livestock.” And according to Jeanna Bryner, Editor-in-chief of Live Science, a man in Hubei Province in China may have been the first person to contract the virus, in November, 2019. In December, at least 1 case was recorded of someone with no connection to a wet market. 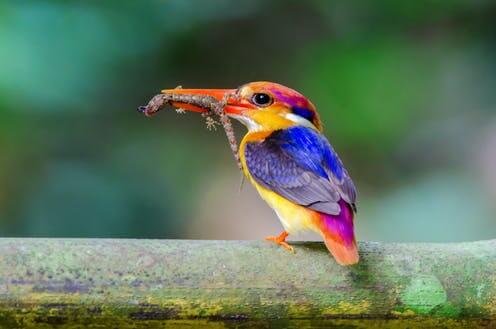 Whatever the precise facts about COVID-19’s spread to humans, epidemiologists know that as large mammals become fewer, rodent populations grow, giving human populations a greater risk of catching zoonotic diseases. According to John Vidal, an environmental journalist, the CDC estimates that 75% of emerging diseases which infect humans have their origins in non-human animals. “A number of researchers today think it is actually humanity’s destruction of biodiversity that creates the conditions for new viruses….” Vidal quotes David Quammen, author of Spillover: Animal Infections and the Next Pandemic, who writes, “We cut the trees; we kill the animals or cage them and send them to markets. We disrupt ecosystems, and we shake viruses loose from their natural hosts. When that happens, they need a new host. Often, we are it.”

The Rockland Sierra Club recently hosted Felicia Keesing, Distinguished Professor of the Sciences at Bard College, in a Zoom presentation. Dr.Keesing has been working in Kenya for close to 25 years, investigating the disappearance of large mammals. She notes that scientists have had evidence for years that another pandemic would come, just not when, where, or how severe it would be. She describes the current COVID-19 pandemic as a “worst case scenario.”

One area of Keesing’s particular focus has been Lyme disease. She and Richard Ostfeld are co-founders of the Tick Project, a large scale study in Dutchess County, NY, in which they are testing environmental interventions to bring down the population of ticks. They’ve found that even when the tick population is reduced by 63%, there is not a corresponding reduction of human cases. They have not established the reasons for that. But they do know that ticks and the spread of Lyme disease are growing. And with global warming, the season for ticks has expanded, and areas full of them have grown.  Ostfeld calls white footed mice and eastern chipmunks “great hosts for the tick.” In good acorn years, the population of mice in particular becomes more robust.

On the other hand, Ostfeld calls opossums “heroes,” because they are “fastidious” in their grooming habits, killing any ticks they find on their bodies. According to Ostfeld, 1 opossum can kill thousands of ticks in a week. These critters have a bad reputation and are often considered dangerous, but they don’t overturn garbage cans or dig in gardens, and often clean up the messes made by raccoons or other more destructive furry garden inhabitants. Unless we are noctural types ourselves, we rarely see them and should be grateful for their presence in our trees, yards and nearby woods.

What lessons can we take away from epidemeologists and from researchers in a new discipline called “planetary health”?  According to John Vidal, this new area of study “focuses on the increasingly visible connections among the well-being of humans, other living things and entire ecosystems.” Their science offers us increasing evidence that there are no borders through which diseases cannot slip. Their science tells us that more pandemics are coming, why they are coming, and how this is another area in which climate change is threatening all of us, no matter our economic status, the color of our skin, the language we speak, or whether or not we frequent wet markets. They tell us that science denial puts us in peril, that lack of political cooperation within and among countries is dangerous, that killing of large mammals for whatever reason will ultimately harm us and our progeny. Nadia and her fellow large cats will not succumb to COVID. I will make sure that I visit her when the Bronx Zoo takes a chance on allowing my species to return.