On June 23, New York is holding its primary elections. You can currently vote through mail-in ballot. Polls are open from 6a to 9p. Visit the Rockland County Board of Elections to learn where to vote. 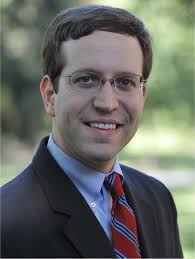 I never planned to run for office. I got my degree in physics because I love science and its ability to find solutions to complex problems. I became a tax attorney, because helping families and helping non-profits get established is incredibly gratifying, especially in difficult times. And eventually, I did run for office, because I saw that same problem-solving spirit in the elected leaders I admired, and I thought I could make a difference.

Turns out, I did.

In the State Assembly, I have sponsored over 70 bills that have become law and I am proud of my record of standing up for my constituents, even when it’s hard. My first vote as an Assemblymember, after defeating a Tea Party Republican incumbent, was for the SAFE Act, the strongest gun safety law in the country. In 2013, as a freshman Assemblymember, I introduced a bill to strip corrupt leaders of their taxpayer-funded pensions. Powerful people tried to tell me it would never pass, and that I should just drop it. But I refused, and in 2017, New York voters adopted it as a state constitutional amendment. I was proud to co-sponsor and vote for the Reproductive Health Act, to enshrine Roe v. Wade as the law in New York. And last year, I used my expertise in tax law to stand up to Donald Trump by writing the law that will expose his New York State tax returns. He’s suing to block the law in federal court.

I look at my competitors in this race, and I know they all, in their own way, believe they are doing the right thing. But none of them have my track record of delivering, and as we consider the challenges facing our country–experience matters.

When I launched my campaign for Congress in October, we lived in a very different country and world than we do now, a few days before the Primary Election. We are in the midst of a global pandemic that has taken over 110,000 Americans and hit New York State especially hard. We are just beginning to emerge, but this crisis has exposed deep problems with our healthcare system, exacerbated inequities in our education system, and halted our economy. It has further proven the complete incompetence of our President, and the threat he poses to our democracy and the health of our nation. And it has demonstrated the importance of science in formulating solid public policy.

In the Assembly, I have been proud to put forward protections for small businesses and to secure Paid Sick Leave. In Congress, I will fight for a national Paid Sick Leave law, secure hazard pay, and stand up to Big Pharma so that COVID-19 treatments are affordable for all who need them.

In response to the heinous and unjust murder of George Floyd, our nation has begun to undergo a reckoning on race, criminal justice reform, and police accountability. This dialogue is long overdue and we are beginning to see change. I was proud to march with protesters and to pass legislation to demand greater transparency and accountability from police and to ban chokeholds. I have called for Congress to pass the Justice in Policing Act to address bias, ensure accountability, and stop the use of violent confrontation tactics by police, and I have released a comprehensive plan to confront racism in our criminal justice system and address police brutality.

Our world is changing rapidly, and it’s hard to know what 2021 will bring. But it is abundantly clear that we need a Congressmember who can immediately hit the ground running to enact change. Throughout my career and in my time in public service, I have been a problem-solver and true-blue Democrat and a team player. With pressing needs facing our community, we can’t afford to wait. On or in advance of June 23, I hope I have earned your vote.