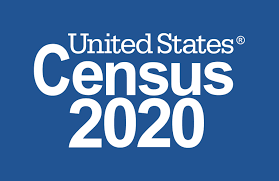 When the first U.S. Census count took place in 1790, Nyack was not yet a part of Rockland County–that happened in 1798. Nyack became an incorporated village in 1872, in time for the 1880 census. During the Census count of 1900, residents of the village planning on being away during the month of June were advised, via the Rockland County Journal June 2 edition, to notify the Census Enumerator Charles M. Storms, “by postal card or otherwise, and he will call upon them. It is desirable that all the necessary information be obtained from the parties direct, and Mr. Storms makes this request in the interest of the showing of Nyack.”

Undercounting issues arose even in 1790–both George Washington and Thomas Jefferson disputed what they considered a paltry 3.9 million population for the new nation. This trend has continued through the present day–every 10 years, thousands of Americans are missing from the official count. The consequences of the undercount trickles down from the national level, through state and county, to affect Nyackers’ lives in tangible ways, including how many potholes are filled every early spring on Route 59.

The U.S. Census is enshrined in the Constitution, Article 1, Section 2. The Census count dictates Congressional representation in the House as well as how each state’s district lines are drawn. It determines the distribution of billions of dollars in federal aid–money our schools, libraries, hospitals, and first responders depend upon to function and preserve the health, prosperity, and intellectual strivings of our community. An undercount of infants and young children leads to cuts in hospitals’ maternity services, fewer seats in Head Start classrooms, and less money being allocated to school lunch programs and Youth Services at our local libraries. An undercount of our elderly neighbors leads to a scaling back of vital services provided by the Rockland County Office of the Aging as well as the open hours and programs at Nyack’s Senior Center. An undercount of college students leads to less funding for  public universities, resulting in layoffs of professors, cuts in the number of classes offered, and a less robust graduating workforce, who earn less money and pay less in federal and state taxes, leading to fewer necessary services and aid for everyone. Infrastructure suffers and commuting times lengthen as bus and train schedules tighten up.

Census undercounts also result in skewed demographic statistics. And grant foundations, urban planners, corporations, small business owners, real estate developers all rely on these numbers to determine their next economic moves. Both amateur and professional genealogists rely on Census data for their research–decades from now, your descendants can recreate a bit of your life, a quick snapshot, from the Census form you complete today. As for the aforementioned potholes–do you enjoy having the undercarriage of your car scraping against shredded asphalt and the reams of paperwork it takes to get reimbursed by state and local government for repairs?

The COVID-19 pandemic has made the 2020 Census both more difficult to conduct and arguably more important than ever, especially for New York State. The official timetable was revamped during the shutdown, pushing the deadline for completion back to October 31, but also delaying the door-to-door visits of Census workers, both a vital source of well-paying jobs and necessary to obtain an accurate count of traditionally underrepresented populations. The Rockland County Census Office hopes to begin household interviews in mid-August. The state lockdown closed Nyack Library’s doors on March 13, cancelling the programs and services our staff had planned around the Census, as well depriving the community of Wi-Fi and computer access. Outreach beyond social media and the virtual landscape became impossible. We know that the economic devastation wrought by the pandemic will linger after a safe vaccine and treatments are available. In order to fully recover, New Yorkers need to be counted. 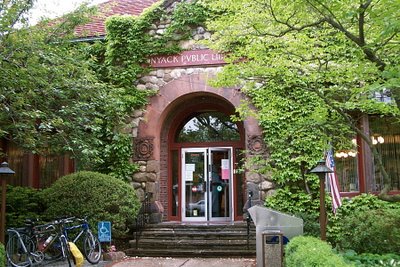 Chances are you’re already online, so please go to 2020census.gov and fill out the form. If you have the code the Census Bureau mailed out back in March, that’s great. But all you need to know is your  address, nearest cross street, and the names of everyone who lived in your household on April 1, 2020. Don’t have decent Wi-Fi? Call 1-844-330-2020 to respond to the Census questions in English. There are separate phone numbers for each of the other 12 languages supported by the Census telephone system. Please click here to access the official list. The Census also provides translated web pages and guides in 59 non-English languages–click here to see the complete list. If you have received a paper form in the mail, please fill it out and post it today. The form consists of 9 simple questions and the Census Bureau is bound by federal law to protect your information and use it only for statistical purposes. You will never be asked for: your Social Security number, any banking or credit card information, monetary donations, or anything on behalf of a political party. There is NO citizenship question on the 2020 Census form.

Even though the Nyack Library has not yet opened its doors to the public, we are here to help. Visit www.nyacklibrary.org  for more information, or contact us with any Census questions at info@nyacklibrary.org and  845.358.3370 ext.214. Our email and phone are checked throughout the day, daily. Spread the word, even after you’ve filled out the form. The 2020 Census will impact all our lives for the next decade–stand up and be counted!

Rosemary Farrell is the Senior Librarian for Programs & Community Engagement at the Nyack Library.