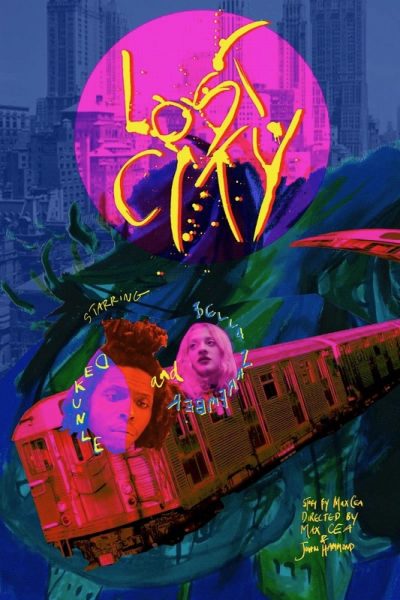 Looking for something to watch this weekend? Nyack native Max Cea has a new short film available to stream for free on NoBudge or Vimeo. The film, Lost City, is about a Nigerian tourist (Dekunle) who gets lost on his way to see a comedy show, and ends up being taken on a wild adventure by a stranger he meets (played by Bella Zarember). It’s full of laughs, thrills, and lots of pizza. Here, a brief interview with Cea and his co-director, John Connor Hammond:

Can you talk briefly about your background, and how you first got interested in filmmaking?
Max Cea: The spark of interest in filmmaking came towards the end of college. I’d always been a big movie fan, but when I interned for my college’s film festival (shouts to the William & Mary GFF!), I started to get pretty obsessed. At the time, I was purely interested in writing about movies (among other things), and thought I’d be a cultural critic. Which is what’s happened, more or less (I write for GQ). But after my first internship out of college ended abruptly (remember Grantland?), I went back home and briefly got a job as a PA on a Jonathan Demme project. Being around Demme, who beyond being one of the all time great filmmakers was truly one of the all time great people, inspired me to give making something a shot. If you see a Something Wild influence in Lost City, it’s not your imagination.

John Hammond: I first got interested in filmmaking as a performer. I would make little comedy sketches with my friends in middle school and post them to YouTube. We got a nice little following and eventually this led into improv and theater. When I got out of college, I had a film degree so I started making sketches with other comedians and slowly transitioning to a role behind the camera, which is where I am now!

What’s the backstory here–what was the initial idea and how did it evolve from there?
MC: The idea for Lost City was for this short to be one vignette in an eventual feature connecting various stories of people getting lost in NYC (think Night on Earth or Mystery Train). In the time since New York’s more or less become a playground for the rich, I’ve heard a lot of people bemoan that the city’s not what it used to be–that it’s not as gritty and dangerous, or even spontaneous. All of that is probably true, as is the fact that the city has priced out a lot of working people and artists. On the other hand, there’s always nostalgia for a past New York, and despite all the city’s very real issues I do often find it beautiful, inspiring, and plain weird. I got to thinking about how characters might get pushed out of their comfort zones and steered towards adventure, and came to getting lost (something I’m personally quite experienced at). Getting lost is inherently dramatic, and it creates a fish-out-of-water scenario that can be funny, scary, or thrilling–and sometimes all three. It’s not something that happens a lot anymore because of smartphones, so I thought about what kinds of situations would lead people to actually get lost. I wound up writing a bunch of these little stories, but decided to make this one because the script was the furthest along and I had actors in mind to play the two main characters.

JH: Max and I met through the film’s lead actor, Dekunle. I knew Max as the creator of Pink Monkey magazine, which I thought was really cool. I had been making video stuff with Dekunle for awhile when Dekunle told me that Max had just finished a script! Max and I met up, I read the script, and really liked it and Max asked me if I wanted to direct with him, and I was like “Hell yea!” 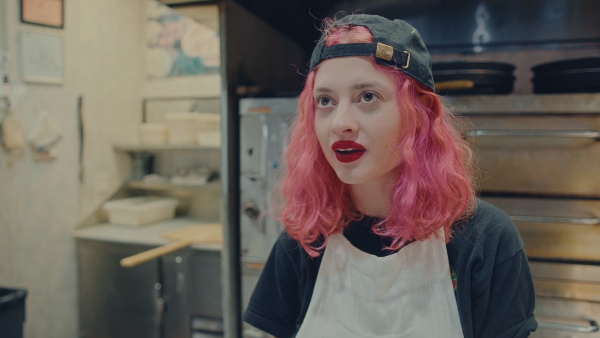 What was the biggest challenge in making this film? And generally what part of the creative process do you enjoy the most, and the least?
MC: Shooting on the subway in the middle of the night. We only had four nights to shoot, and the subway scene was the first thing we did. It was the meatiest dialogue, which was tough for our wonderful but relatively inexperienced actors–and especially so at 4:00 in the morning. We had a whole bit on the subway with a rollerblading performer, but in the end the footage just didn’t work. Timing things so that the announcements and stops and people didn’t interfere was an added layer of pressure. The entire cast and crew probably wouldn’t agree, but somehow the whole shoot–even those miserable subway nights–was fun for me. I loved it all!

JH: By far it was using public spaces. Shooting on the train or at the park was an absolute nightmare. We were constantly getting kicked out of places, which meant our shot lists would fly out the window and we had to restructure scenes on the spot. We also had a lot of very interesting interactions with people on the streets late at night.

I generally enjoy preproduction the most. I love the communication of getting everyone on the same page, constructing a vision, a style, and imagining what the project is going to be. My least favorite part is definitely editing. It is for sure one of the most powerful and controlling parts of filmmaking, but I constantly feel like I’m banging my head against a brick wall every time I edit. 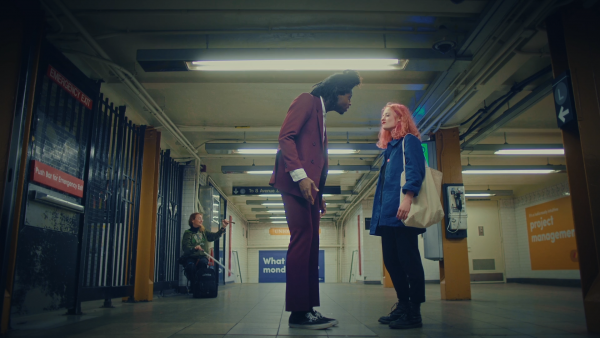 What’s a film you’ve seen recently, new or old, that you really loved and why?
MC: I loved Kelly Reichardt’s First Cow. Absolutely gorgeous. Really sweet. No one’s better at capturing nature. Watching it felt like taking a deep breath.

JH: I recently watch Cronos, Guillermo Del Toros debut film. I love the use of special effects. There is something about special effects when it comes to gore or blood or horror that feels so much more gruesome and real than CGI.

What’s next for you?
MC: To some extent, I made Lost City as an experiment: I wanted to see how much I actually liked the process of filmmaking. I thought maybe I’d shake the notion; instead, I caught the bug. I’ve got a lot of ideas I’m chewing on. Next up is figuring out a way to get them made.

JH: Next is trying to get my life back together post coronavirus–and write more!

The regular Nyack Weekender is on hiatus during the pandemic. In its place we are inviting community members for their recommendations of books, movies, TV shows, comfort foods, etc for each weekend. You can get each week’s update delivered to your mailbox auto-magically every Friday morning, by adding your name to our mail list. Visit our online sign-up sheet to subscribe.