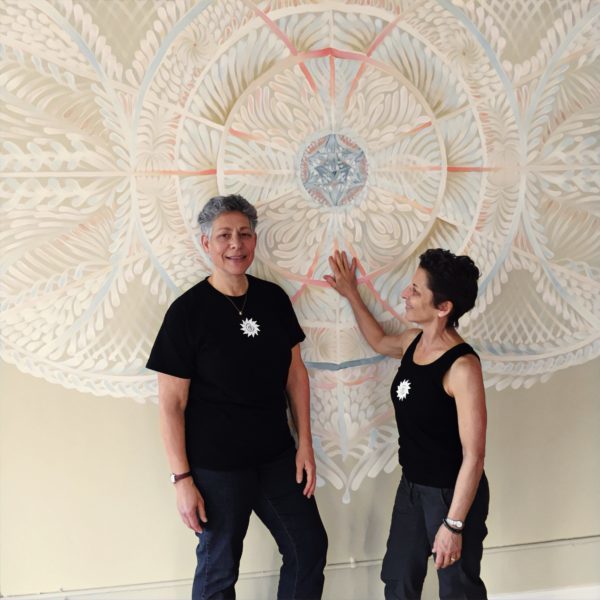 Betsy and Charlene in the Broadway studio. Photo by Mike Hays

As recently as February 29, Birchwood Yoga owners Charlene Bradin and Betsy Ceva were celebrating the Birchwood community with a Gratitude Gathering. They were looking forward to a bright, flourishing future. Two months later, their business was devastated by quarantine. They had no income in sight and an uncertain future even when Nyack’s businesses eventually reopen. Betsy and Charlene tried to keep together the Birchwood community by offering free YouTube videos. But it wasn’t sustainable. After 22 years, Birchwood Center for yoga and massage is closing business permanently.

The Birchwood community cuts a wide swath through the Nyacks and neighboring villages and towns. It includes yoga students of all ages and abilities, massage therapists, yoga instructors, and office staff. It was not uncommon for yoga students to develop long-term yoga relationships that were renewed every time they unrolled their mats. Workshops on meditation, yoga teacher training and certification, and Hindu studies brought together diverse people. Their beloved yoga instructors had many loyal followers. 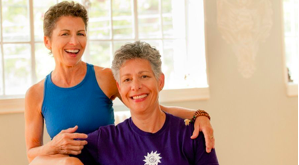 Betsy taught dance and learned traditional yoga in San Francisco. After moving to Greenwich, CT, she commuted to Nyack to practice yoga with Paula Heitzner (who learned from Pierre Bernard, an early founder of yoga in America) at the New Age Center. Soon she was teaching classes herself. Charlene became a massage therapist and also learned yoga from Paula. They started teaching classes in their spacious front room at their residence on Birchwood Avenue near Center Street in Upper Nyack; hence, the name of their business.

We need your help – NOW – to continue this work. Please consider making a one time or sustaining donation to Nyack News And Views. Thank You! 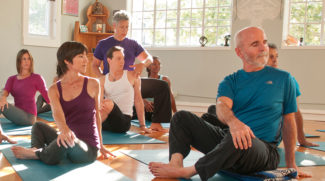 The light-filled, wood-floored studios overlooking the Hudson River were comforting and relaxing spaces. Charlene and Betsy renovated their first studio in commercial space at 85 S. Broadway in the back of the second floor of what was once a sewing factory (above a feed store). Over time, they expanded to two studios and three massage rooms on the entire floor, with 14 yoga teachers and six massage therapists. Classes were conducted at three levels, and included gentle, restorative, and vinyasa flow at convenient times from early morning to early evening.

Birchwood has been a calming and healthful influence during a number of human crises, including 9/11. And it’s been a leader in the many healing arts on the western shore of the Tappan Zee. The center taught many of us to relax, heal, stretch, breathe… and smile. We say a loud “OM” for Birchwood, for Charlene and Betsy, and a fresh gap in the Nyack community.