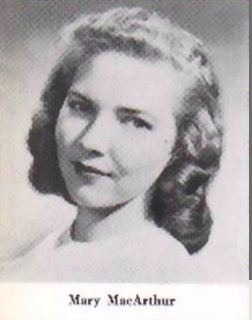 The polio pandemic was a scourge that reappeared every summer through the first half of the 20th century, killing and crippling thousands of young Americans. Parents were extremely anxious. While the virus was known, its method of transmission was unknown. No one seemed immune. Including the children of celebrities.

In September, 1949, Mary Hayes MacArthur, daughter of Oscar-winning actress Helen Hayes, and Nyack’s most famous teenager at the time, contracted polio and died soon after. Mary MacArthur’s death was a sad local punctuation to an unforgiving disease, but redemptive in that Helen Hayes started the Mary MacArthur Memorial Fund, which helped in search for a vaccine. By 1955, 1.5 million students were administered the Salk vaccine, and polio slowly disappeared. Helen Hayes said, “I had the satisfaction of having Jonas Salk say to me that Mary’s death had been tremendously influential in helping him into… finishing off polio out of our lives, through his vaccine.”

A brief history of the polio pandemic

It is likely polio, also known as infantile paralysis, has been with us for thousands of years. Some cite hieroglyphics that seem to depict polio victims. But it wasn’t until the early 20th century that epidemics began in Europe, mostly in urban areas. By 1916, polio appeared in America, affecting over 27,000 and killing 2,000 in New York City alone. Italian immigrants were blamed as the first case occurred in an Italian neighborhood in Brooklyn.

The arrival of the pandemic caused a widespread panic. Many left the city for summer resorts. Movie theaters were closed, meetings were cancelled. Children were told to stop drinking from public water fountains and to avoid swimming pools, beaches, and amusement parks. Scientists recommended avoiding unnecessary travel, washing hands, and postponing tonsillectomies (a favorite elective surgery of the day) and tooth extractions.

By mid-century, polio was killing or paralyzing worldwide some 500,000 every year. Some children only suffered mild forms of the disease, becoming immune. There was no cure. The iron lung, a mechanical ventilator of its day, became one method to save children whose respiratory systems were paralyzed.

The rise of the pandemic is a curious story, occurring at a time when cholera, diphtheria, and typhoid were declining. The virus, identified in the early 20th century, was transmitted by water contaminated with sewage. Water purification and sewage control were greatly expanded in the late 19th and early 20th centuries.  The theory is that young children had been exposed to the virus while under the influence of their mother’s immunity, thereby developing a natural immunity. Through better hygiene, young children were not exposed nor immune. The pandemic exploited this loss of immunity. The pandemic started with mostly older children affected. 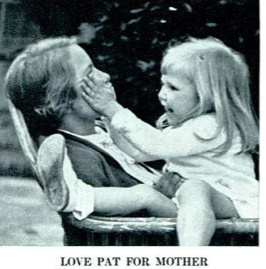 Helen and Mary featured in a LIFE magazine article

Born in 1900, Helen Hayes was one of the most famous film and stage stars of the early 20th century. Starting as a child actress at the age of five, she went on to win two Oscars, as well as becoming the first person to win an EGOT (Oscar, Tony, Emmy, and Grammy awards). She started a four-year romantic relationship with journalist and playwright Charlie MacArthur, when he asked her “Want a peanut?” at a party, while George Gershwin was playing the piano. The two married in 1929. In 1932, the MacArthurs moved to an Italianate-style Victorian home named Pretty Penny on N. Broadway, in Nyack. She lived in the house until her death in 1993.

In September 1929, during the third run of her longest running show, Coquette, Hayes became pregnant. Producer Jed Harris closed the show and refused to pay the cast’s demand for salary settlements through Actors Equity by invoking the clause in their contracts that relieved him of responsibility in “the event of fire, accident, strikes, riots and acts of God”–pregnancy in Harris’ definition being an “act of God.” Harris went on to lose the case, and he paid up. From that time on, Mary Hayes MacArthur was referred to throughout the country as the “Act of God baby.”

Mary MacArthur led a charmed life as a child. She even had a chrysanthemum named for her at the New York Botanical Garden. She attended the Upper Nyack Elementary School, the Liberty Street School, and Nyack High School, before graduating from the American Academy of Dramatic Arts in New York City.

She was known to ride her donkey, Susie, to the homes of classmates after school. Her mother’s French poodle, Camille, was another animal favorite. Mary delighted in telling her friends and their mothers stories about the famous guests at Pretty Penny.  Her extended family included Lilian Gish, Ben Hecht, Harpo Marx, and John Steinbeck, but the number of writers and actors who visited her home were immense.

From the beginning, Mary wanted to be an actress. She appeared in her first play at the age of seven, when her mother allowed her a walk-on role as Princess Edna of Battenberg in Victoria Regina. She made her stage debut at age 16 in J.M Barrie’s Alice Sit-By-The-Fire at Bucks County Theater in New Hope, PA. The play was also held as a benefit for the Red Cross in Suffern that summer.

Her 18th birthday party was recorded in the Journal News as being at the River Club in NYC’s River House with a custom-decorated Valentine theme in a ballroom complete with an orchestra. Many from society and theater circles attended.

In September 1949, Mary became ill while appearing in the pre-Broadway tryout of a comedy, Good Housekeeping, in which her mother had a leading role. The comedy was performed in the Dennis and Falmouth playhouses on Cape Cod and in Marblehead, MA before Mary became ill in Westport Ct. She entered Lenox Hospital in New York City on September 14. Ironically, her father was in the hospital at the same time. Her physician reported that she is “quite ill” but is “getting along nicely.”

Her first diagnosis was not infantile paralysis but soon it became apparent she had the dreaded disease. She was put into an iron lung, but died on September 22. 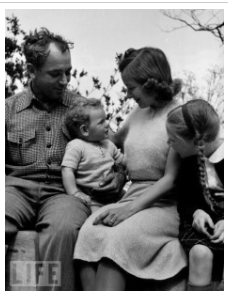 Helen Hayes, Charles MacArthur, and their son, James MacArthur (who later was to become an actor) were grief stricken. Hayes had thoughts of giving up the theater. Charles never recovered from Mary’s death and is thought to have drunk himself to an early death in 1956.

Helen Hayes started the Mary MacArthur Memorial Fund, which was dedicated to fighting infantile paralysis, with donations going to New York State Reconstruction Hospital in West Haverstraw where Hayes had been appointed a trustee n 1944 by Governor Dewey. High school plays and other local benefits added to the growing fund.

Hayes became a tireless advocate for physical rehabilitation at the hospital, serving as a trustee for 49 years. The hospital was named after her in 1974.

Turn on Your Porch Light!

Franklin Delano Roosevelt, a probable victim of polio himself, started the National Foundation for Infantile Paralysis in 1938, funded by a program known as the March of Dimes. Dimes were collected all over the country by children to help fund medical expenses and research. Locally, March of Dimes funded purchase of an iron lung, wheelchairs, hot pack machines, and help for families who had trouble supporting paralyzed children. Even in the 1950s children would collect dimes from neighbors inserting them into a packet for collection.

The Mother’s March on Polio started in 1950. Their slogan became “Turn on your porch light.” Women canvassed neighborhoods in the early evening, where they saw a porch light on. The Mother’s March collected $250 million from 1951 to 1955. The public was galvanized at a grass roots level to find a solution to this ugly and fearful disease.

Elvis Presley gets his polio vaccination

In 1952, Jonas Salk began testing a killed-virus vaccine. A control field trial was conducted in the summer of 1954 with 1.5 million children. Despite some tragic hiccups, vaccination began in 1955, with polio being reduced 80%. In 1959, the Sabin oral, mild live-virus vaccine was introduced. Both Sabin and Salk were funded by money from the March of Dimes and other sources. To this day, polio has largely vanished as a disease appearing in only a small number of cases in Pakistan and Afghanistan. 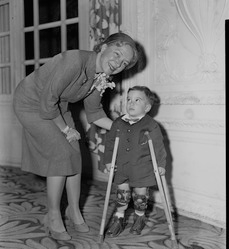 Helen Hayes with a young friend

It is sad and tragic that any child was affected by polio, including Mary MacArthur, a talented young woman on the cusp of her adult live. Helen Hayes made sure her death was not forgotten nor that she died without helping the fight against polio. The Mary MacArthur Memorial Fund was supported by events in Rockland County and was used to help Rockland County polio victims.

We should remember Helen Hayes for her fight against what is now a little remembered but ugly pandemic. But we should also remember Mary Hayes MacArthur, whose tragic death lit up the darkness and helped the long-term fight to cure this disease.