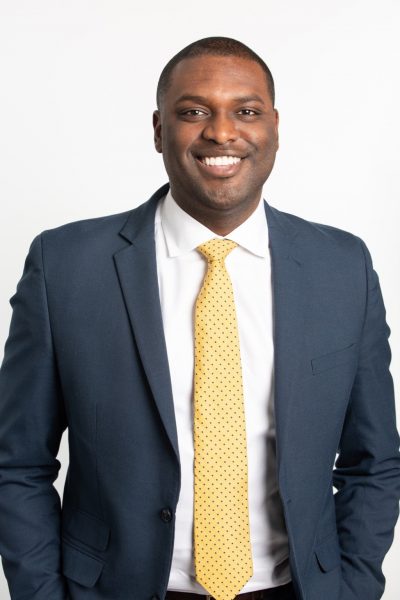 The coronavirus crisis has been a shock to us all. As America stands at the precipice of a sustained economic downturn, Congress is the only thing standing between us and the abyss. As a candidate for Congress in New York’s 17th District, which covers all of Rockland and parts of Westchester, I am here to tell you the immediate response I would be fighting for if I were in Washington today: a relief package that provides for the health and safety of all Americans, not just corporations.

Americans urgently need cash assistance. As a member of Congress, I would support Rep. Maxine Waters’ proposal to guarantee six monthly payments of $2,000 per adult and $1,000 per child to every American. These payments should be disbursed via check, not tax credit. People need this money now, not a year from now, when a hypothetical tax credit would finally be processed. Moreover, the money should be sent to all Americans so that the program can be administered quickly and is guaranteed to reach everyone who may need it before it is too late.

No one should lose their home in this crisis. Nearly 200,000 households in Rockland and Westchester are considered “burdened” by housing costs, as they pay more than 30 percent of their income towards rent or mortgage payments. We must implement a nationwide moratorium on foreclosures and evictions; New York State’s moratorium on foreclosures and evictions is a good model to apply nationally. We must also provide emergency rental assistance to ensure those hit by the economic shock do not fall hopelessly behind on their rent during the moratorium.

We must not forget America’s current and former students, 45 million of whom collectively owe $1.6 trillion in student debt. Since before the pandemic, I have strongly supported full forgiveness of college debt, which would liberate an entire generation of young adults to buy a home or pay rent, start a family, and otherwise fully participate in our economy. As part of their response to coronavirus, Senate Democrats have proposed forgiving $10,000 in student debt per person. That is a good start. In the meantime, we must also suspend debt collection and prohibit interest from accruing on that debt.

Any corporate bailout–currently being considered for the airline and financial services industries– must be structured in a way that benefits workers, not corporate CEOs who will be just fine. That means any cash assistance for corporations should have conditions.

First, the money should be used to maintain payroll at a mandatory $15 minimum wage, so all workers keep their jobs and continue to be paid on time. Second, any company that receives payment should be prohibited from engaging in share buybacks, a form of financial engineering that rewards executives and financial institutions. (Indeed, share buybacks are a reason why these companies need bailouts in the first place. Airlines have spent 96 percent of their available cash in the last decade on share buybacks, rather than saving that cash for a rainy day, raising worker pay, or investing in their business.) Third, executive compensation at these companies must be capped at 50 times that of their median employee. Fourth, the companies should be required to allow a workers’ representative onto their boards of directors.

If we are prepared to bail out big businesses, we must also take care of small businesses, many of which have taken massive hits as people have hunkered down indoors. Any small business impacted by coronavirus should be entitled to cash assistance to cover expenses like rent and payroll. In the meantime, we must also protect our small businesses from evictions and utility shutoffs. Main Street must emerge from this crisis no worse for wear.

People who are incarcerated face particular risks in this pandemic because they are confined in unsanitary, crowded facilities. We have already seen cases in various prisons and jails right here in New York State. Just as other countries have temporarily released certain people from prisons and jails as a humanitarian gesture, we must do the same to allow sufficient space for quarantining within prisons and jails. We can manage this, at no risk to public safety, by beginning with people who are either elderly, have underlying health conditions, or are incarcerated for non-dangerous offenses.

I have written at length about how the U.S. government’s failure to provide an adequate social safety net made today’s crisis more severe than it would have been. In particular, I have observed that “[n]owhere is this clearer than in a healthcare system that leaves 87 million people uninsured or underinsured, federal law that does not require paid sick leave, and the continued refusal of government to end poverty.”

In times of crisis, it is crucial that we support one another while calling on our representatives in government to work for all of us. Time and again, the American people have shown that no one rises to a challenge quite like we do. Of course, to ensure that everyone is included in our recovery, we need leaders who will fight for real people–not corporations–so that no one is left behind, and everyone is made whole.

Mondaire Jones is a resident of South Nyack.  A graduate of East Ramapo public schools, he is a former Justice Department staffer under President Obama and lawyer in the Westchester County Law Department.  Currently, he is a Democratic candidate for the U.S. House of Representatives in New York’s 17th District, which includes all of Rockland County and parts of central and northern Westchester County.

In this article:Coronavirus, Mondaire Jones