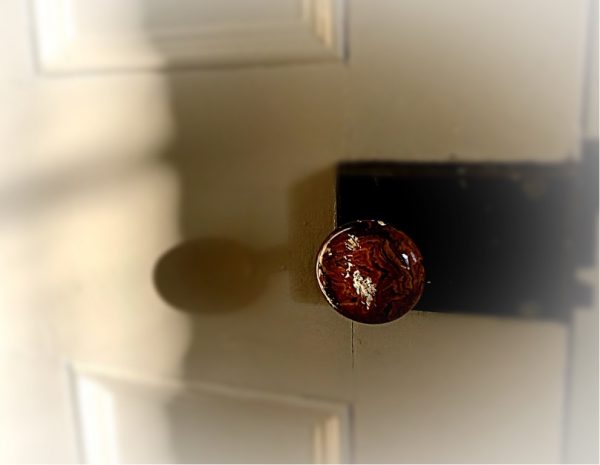 Edward Hopper, the famous American realist painter, could not have reached this marbled 1858 doorknob in his childhood bedroom until a few years after his 1882 Nyack, N.Y. birth. But once he began turning it, the door opened to a lifetime of painting and images that endure, that captivate, that draw you into stories the viewer must write.

Yet, turning that doorknob was not always easy. It was decades before the gifted artist connected with his audience, and even after that there were periods of frustration, perhaps doubt, and all that comes with it.

Edward Hopper probably touched this doorknob for the last time just after his sister Marion’s 1965 passing, and as he approached his own death in 1967 at age 82.

Fittingly, there is now a bit of white wall paint on the bedroom knob, not from his era but there nonetheless.

Art Gunther is a retired newspaperman. This article was originally published on his blog, thecolumnrule.com. You can reach him at ahgunther@yahoo.com .