Earth Matters focuses on conservation, sustainability, recycling and healthy living. This weekly series is brought to you by Maria Luisa Boutique, and Summer Play Camp at Blue Rock School.

The 2019 Season at Hook Mountain was a mix of fun and disappointment. Local hawks like Redtails flew so close they just missed our heads as they dove down on the owl decoy (see video). And, we delighted at the sight of so many bald eagles, many flying directly overhead or below eye level around the mountain. We see lots more than we count–those headed north or east don’t make the list.

But our old regulars, our most numerous migrants–broadwings, sharpies, and kestrels–all had low counts this season. In fact, counts for all species were below the 10 year average. And, four species had record low counts: northern harrier (35), sharp-shinned hawk (799), red-tailed hawk (22), and American kestrel (139). That’s all-time low counts, since 1971, for four species! 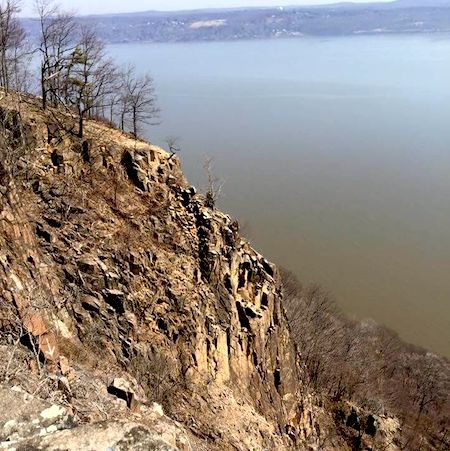 Not Explained by Fewer Hours

We also had fewer days and fewer hours of coverage than in all other years since 2004. This definitely contributed to the low numbers; yet the four record low species also had low hawks per hour. The numbers were definitely down.

Next Year will be Better!

The bright side is that next year has to be better. After all, 2018 was such a good year that we counted more sharpies than in 22 other years. The numbers suggest that 2020 will swing back towards a larger count.

50 years of hawk watching on the Hook Mountain is something to celebrate throughout the season!  All of you have been a part of our watch and contributed to our numbers in years past. It would be so neat to have you help us with our Year 50 count next season. So, plan to spend time on the Hook next year. Bring a friend along to share the Hook experience, and be sure to take a picture of yourself on the Hook so we can include it as part of our 50th Year.  See you then!