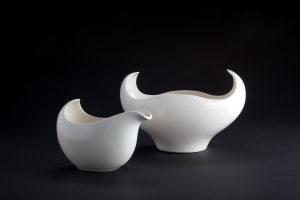 On Fri, Jan 10, from 7:30-9:30p, Rockland Center for the Arts (RoCA) will hold a special preview benefit for its American Modernism: 20th Century Influencers in Rockland exhibit. The evening celebrates the opening of the exhibition of works by internationally celebrated Rockland artists. The event will include guest speakers, curator Daly Flanagan, and art historian Jonathan O’Hea, a live art auction (with works by Maurice Heaton, Eva Zeisel, and Anne Poor), champagne, and hors’ d’oeuvres. Tickets may be purchased for $35 per person at www.rocklandartcenter.org. All proceeds will benefit RoCA’s exhibitions.

American Modernism: 20th Century Influencers in Rockland presents art by luminaries who lived in Rockland County from the 1910s through the 1960s. Modernism presented a radical break with the rigid structures of the past, prompting a search for new forms of expression, fostering a period of experimentation in the arts. This exhibition explores preeminent artists from all disciplines and how they brought Modernist thinking and ideas to Rockland County—and American masterpieces to the world. 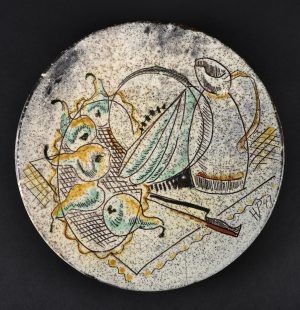 The local Rockland landscape influenced many residents over the course of the 20th century and, in turn, the artists and intellectuals who found inspiration here influenced one another. Notable residents include art critic and landscape artist Mary Mowbray-Clarke. Along with her husband, John F. Mowbray-Clarke, and the painter (and fellow Rockland resident) Arthur B. Davies, Mary co-founded the 1913 Armory Show that introduced Modernism to America. Other notable residents include sculptor Hugo Robus, whose sculptural works embodied Futurist aesthetics; ceramicist, painter, and self-taught architect, Henry Varnum Poor, who designed “Crow House” and other homes for artists on South Mountain Road in New City and has works in the permanent collections of the Art Institute of Chicago and the Metropolitan Museum of Art in New York; Ruth Reeves, a Cubist-influenced American textile artist of the first half of the 20th Century whose best-known works are the carpeting and wallcoverings for Radio City Music Hall; newly rediscovered artist Sari Dienes, who used experimental processes to create abstract transfer drawings of highly-recognizable NYC streets; the highly-honored and respected painter Richard Pousette-Dart, who was a founding member of the New York School of abstract expressionists, and drew inspiration from existentialist philosophy; innovative glass artist Maurice Heaton, known for inventing a process for firing and shaping his glassware, which started the ball rolling for the studio glass movement in the 1960s.

From the artists/intellectuals of South Mountain Road to Modernist innovators such as ceramicist Eva Zeisel and glass artist Maurice Heaton, Rockland County has long been home to cultural giants of world renown. Many of these artists were instrumental in forming the Rockland Center for the Arts (RoCA), originally known as the Rockland Foundation in the 1940s. It is only fitting to celebrate these artists at Rockland Center for the Arts—a dynamic institution that many of them collectively created.

Today, the impact of these innovators continues to reverberate on both a local and international scale. American Modernism: 20th Century Influencers in Rockland will be on view Jan 12 through Feb 23, 2020. This exhibition is in partnership with the Historical Society of Rockland County.

Other exhibition-related programs will include a panel discussion on the Artists and Intellectuals of South Mountain Road, Sat, Feb 8 at 1p (free to the public). And on Feb 22 at 7p, there will be a free film screening of Lost in the Stars: A Video Portrait of Maxwell Anderson, written and co-produced by Richard Connelly.