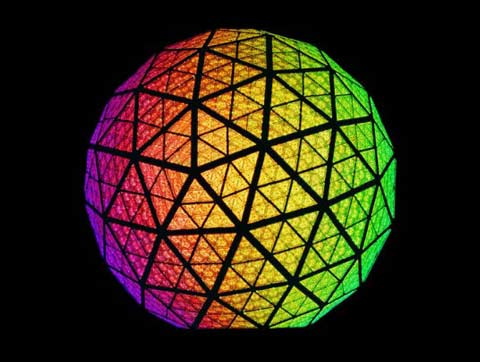 The NYE Ball is actually a geodesic sphere and is 12 feet in diameter and weighs 11,875 pounds. It is covered in 2,688 Waterford Crystal triangles, of which 288 change each year according to the year’s theme. The remaining 2,112 crystal triangles showcase the Gift of Imagination design that has a series of intricate wedge cuts that are mirrored reflections of each other to inspire our imagination.  The crystal triangles are bolted to 672 LED modules that are attached to the aluminum frame.